Story By Jack Holdsworth and Karen Lau, Norwich Free Academy Ellis Walter Ruley was an African American artist who lived in Norwich from his birth on December 3... 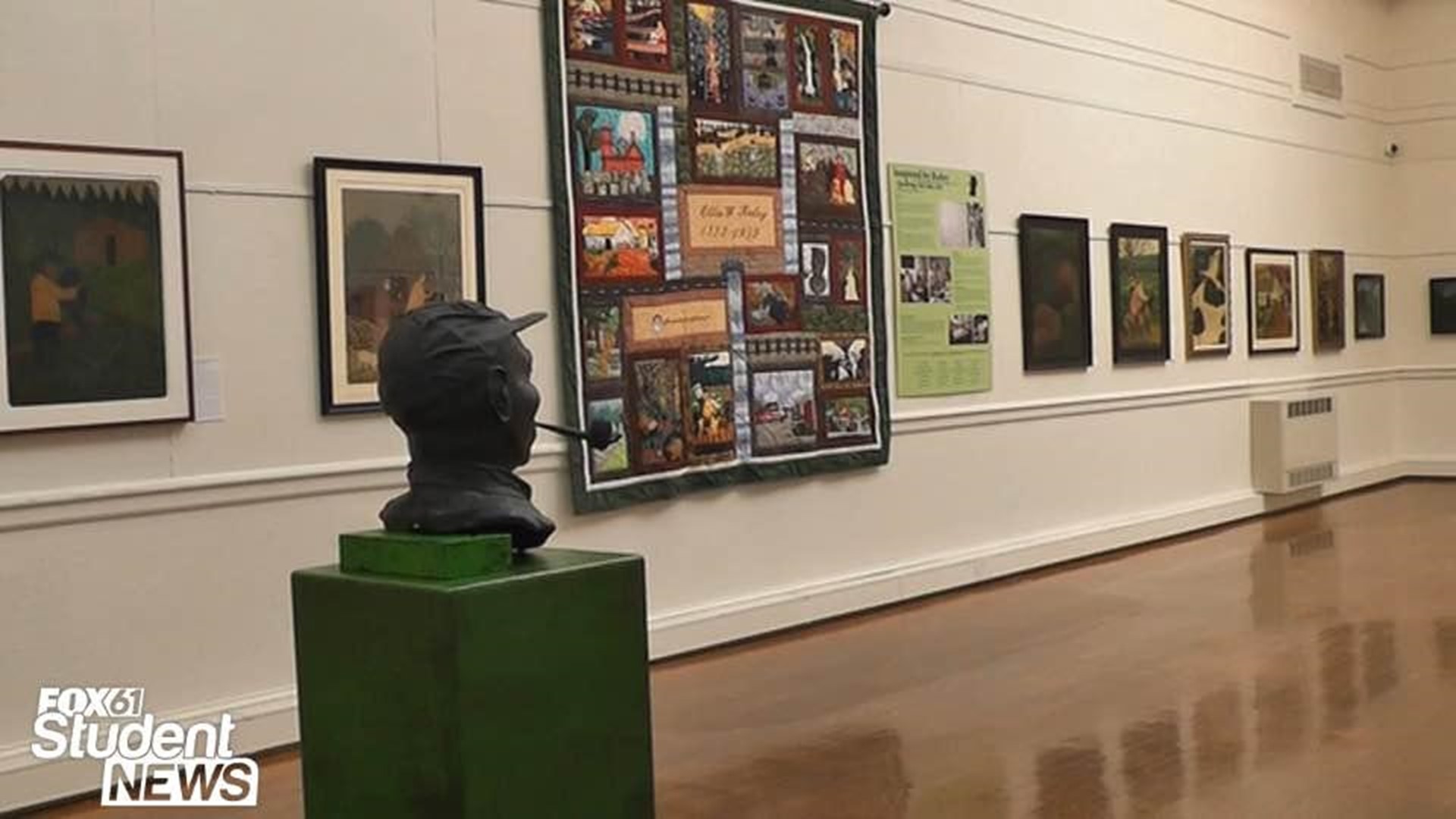 Ellis Walter Ruley was an African American artist who lived in Norwich from his birth on December 3, 1882 until January 16, 1959, when he was found dead, frozen on the ground in front of his home. An investigation into the suspicious circumstances of his death never came to a conclusion, leaving many wondering how his life ended. Despite the unique story surrounding his death, it is his life that had the residents of Norwich and the students of Norwich Free Academy captivated during Slater Museum’s recent exhibition of his artwork.

At the time that Ellis Ruley lived, the Ku Klux Klan was present in Norwich, creating an atmosphere of discrimination which Ruley opposed by marrying a white woman in 1933.

“They were one of the first interracial married couples in this area. They had to face a lot of adversity. It was interesting to learn he was going through so many struggles in his life,” said Three Rivers Community College art director Sandra Jeknavorian.

“He was not a rich man, far from it. He lived a very simple life, and seemed to enjoy it. He had his wife, and he was a very proud man. He had his wife and he drove around in his car, and yet he sat by and he did his painting,” explained Lottie Scott, a member of Norwich’s Ellis Walter Ruley committee.

Ruley devoted his life, and his art, to messages of social justice and equality, explained Frank Mitchell, the director of the Amistad Center at the Wadsworth Atheneum in Hartford, CT.

“He was a visionary artist in the most real sense of that word. He had a vision of the way he wanted to live and the way he wanted others to live that truly had a social justice component, and he imagined a world that was much better than the world he was living in here in Connecticut at the time that he lived. And he used everything that he had around him to share with other people; this is how I want to live, this is how I hope other folks can live. So, his visual art, his property, the kind of stories he told in the art, the way he created his family, the way he supported them, all of that was about creating a text saying this is the world that I want”

It is Ruley’s unique style of painting that helped him to express himself and create a legacy that lives on in Norwich.

“I really particularly loved his style. I loved kind of like that folk art, like the flat colors that he used. A lot of the patterns that he used, like using the leaves almost as pattern work, were really excellent together in a lot of his work, and he brought together aspects of Norwich that really helped contribute to making beautiful, beautiful artwork,” explained graphic design artist Sarah Heikkenen.

Perhaps just as unique as they style and content of Ruley’s painting are the materials that Ruley used to paint.

“There are probably a lot of people that did painting, but the fact that he painted on cardboard with house paint…most artists, that is not what they do. He did. He was different!” said Scott.

While many of Ruley’s paintings were not discovered until after his death, Norwich Mayor Peter Nystrom believes that his artwork continues to have a profound impact on the city.

In addition to Slater’s exhibit of 18 of Ruley’s works, Ruley was remembered through both an NFA student-produced play, and a new park on the land where his home once stood-all efforts to ensure that his legacy will not be forgotten.