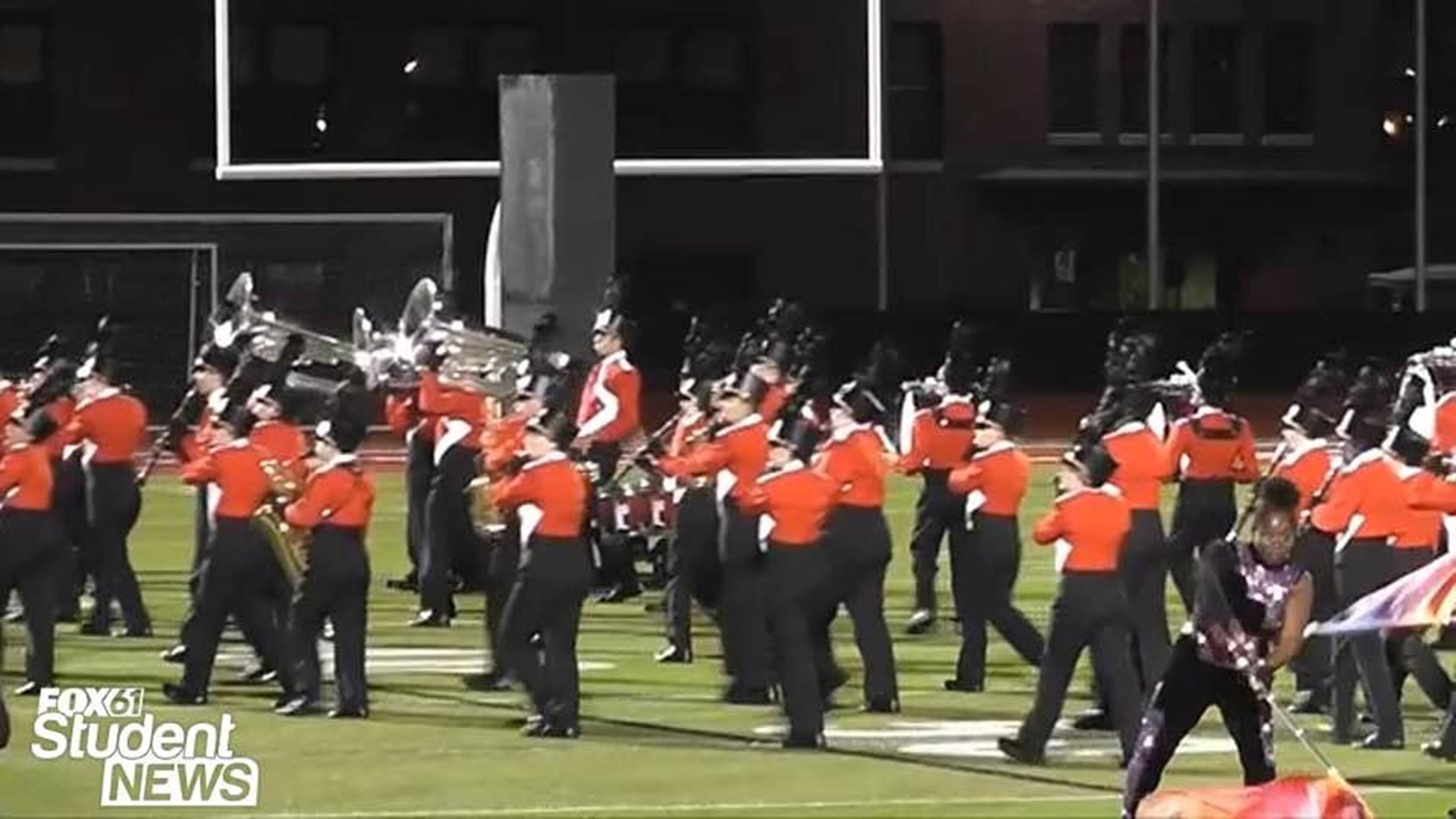 Norwich Free Academy’s marching band celebrated its 25th year of hosting the Annual Classic Marching Band Festival this September on its home turf field. Not only did ten guest high schools from across the state participate: Cheshire, East Haven, East Lyme, Ellington, Joseph Case, Lyman Hall, Montville, Plainfield, Robert E. Fitch, Southington, and Trumbull, but Joseph Case visited from Massachusetts. The festival took place in the early evening, and the schools performed one after another, under the bright lights. Spectators filled the stands, which made the band members proud after they had put in hours to prepare their performances around this year’s theme, “Taking a Risk.”

The reason why preparation is so important is because the Classic is not similar to most events the marching bands attend. NFA senior, Zachary Demboise explained, “This is completely different from any other competition; it’s a way to prove yourself and show our band we can welcome other people. It gets the band parents together, [and makes] the band community more tight.”

This sense of welcoming was evident to students from the visiting schools. Despite NFA being a “bigger campus than [some] are used to,” according to Arlo Hatcher from Cheshire, people not only greeted but supported one another from the stands. Norwich Free Academy’s band director, Kristen Motola, stresses this type of bonding in the school’s program. When it comes to competing, “…[W]e really drive home that it’s about working as a team and really being confident with what you’re doing. Knowing that you prepared every way that you can, having no regrets, and leaving it all on the field….And that really helps the performance be everything that it can possibly be.”