According to the U.S. Bureau of Labor Statistics, 4.3 million Americans quit their jobs in August — the highest on record since December of 2000. 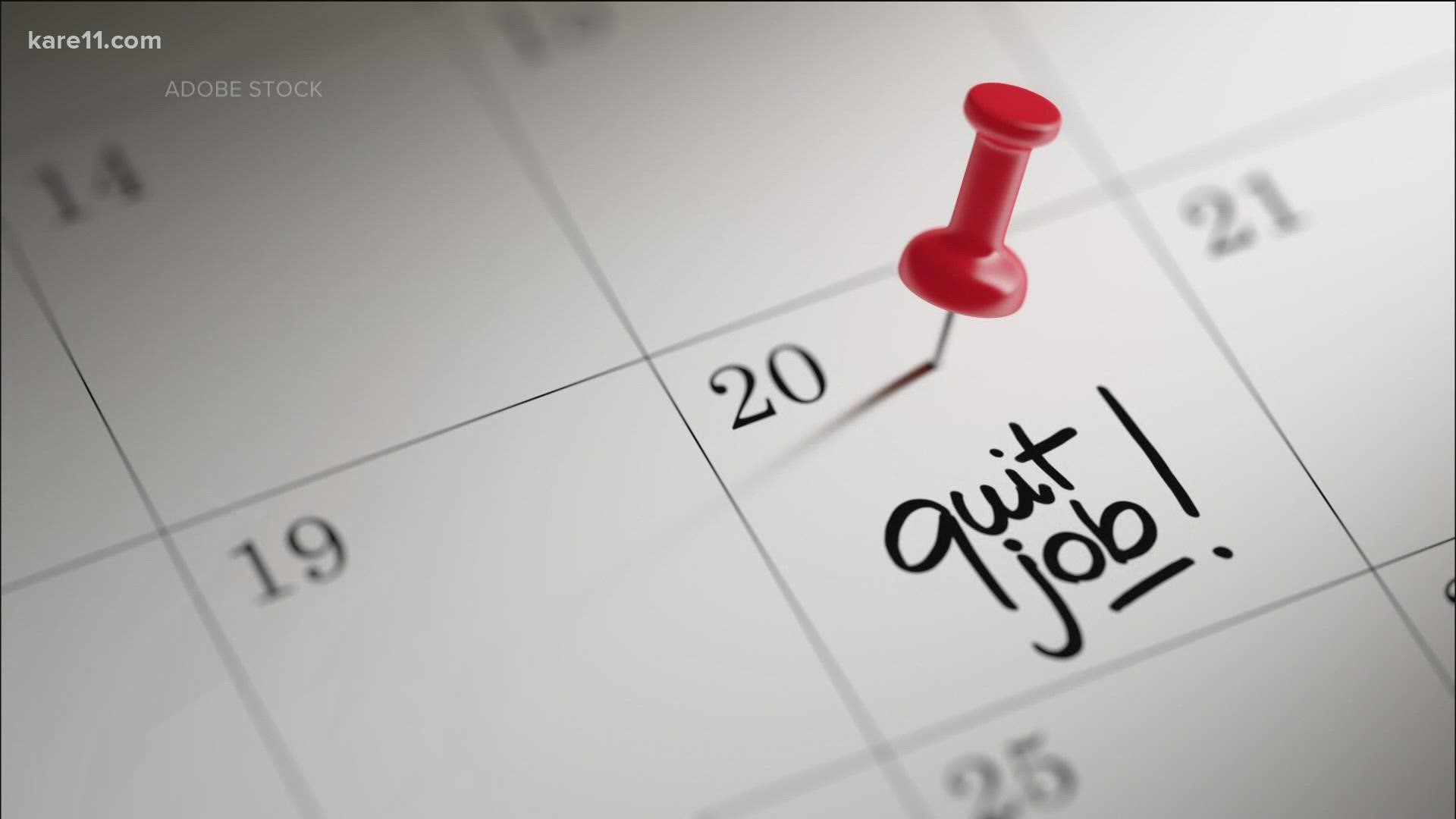 MINNEAPOLIS — Millions of americans have put work on the shelf.

In fact, in August, more people voluntarily quit their jobs than in any other time in the last 21 years.

According to the U.S. Bureau of Labor Statistics, 4.3 million Americans quit their jobs in August — the highest on record since December of 2000 — piling on to a trend in labor since spring.

So, what's going on?

Last spring, Farrell talked to KARE 11 when quitting became the new working, and when word came down this week that the quit rate skyrocketed, he spoke with us again.

That some "thing" is different for every single person. No one news story can capture the whole "why." But what we can capture is that the quitting is heaviest in public facing jobs, like restaurants, retail, hotels, bars and education. But let's think harder about that "thing." Sure, maybe it's a new job, or maybe, it's no capitalism-defined job at all.

These are things so many of us are thinking about after nearly two years of our lives upended.

"This is a really healthy development because I think on their deathbed, there are very few people who say, 'I wish I had bought that Mercedes Benz,' but there are a lot of people who say, 'I wish I had spent more time with my friends or family, or pursuing a cause or advocacy I believe in.' Thinking about purpose, thinking about meaning; thinking about what I want out of life isn't a luxury. It's really important to who we are and what we are," Farrell said.

So this reset offsets our labor force.

Now that isn't everyone; many say they've been looking for the right job for months to no avail. That's real, too. Which is why this subject is so subjective. But the data doesn't lie: Workers are leaving, and that leaves employers with a tough job filling their places.

One of the reasons shared quite a bit? Childcare.

Many low-wage workers say what they make, stacked against what they have to pay to make it, doesn't add up.

RELATED: Here’s the good – and the bad – in the new jobs report