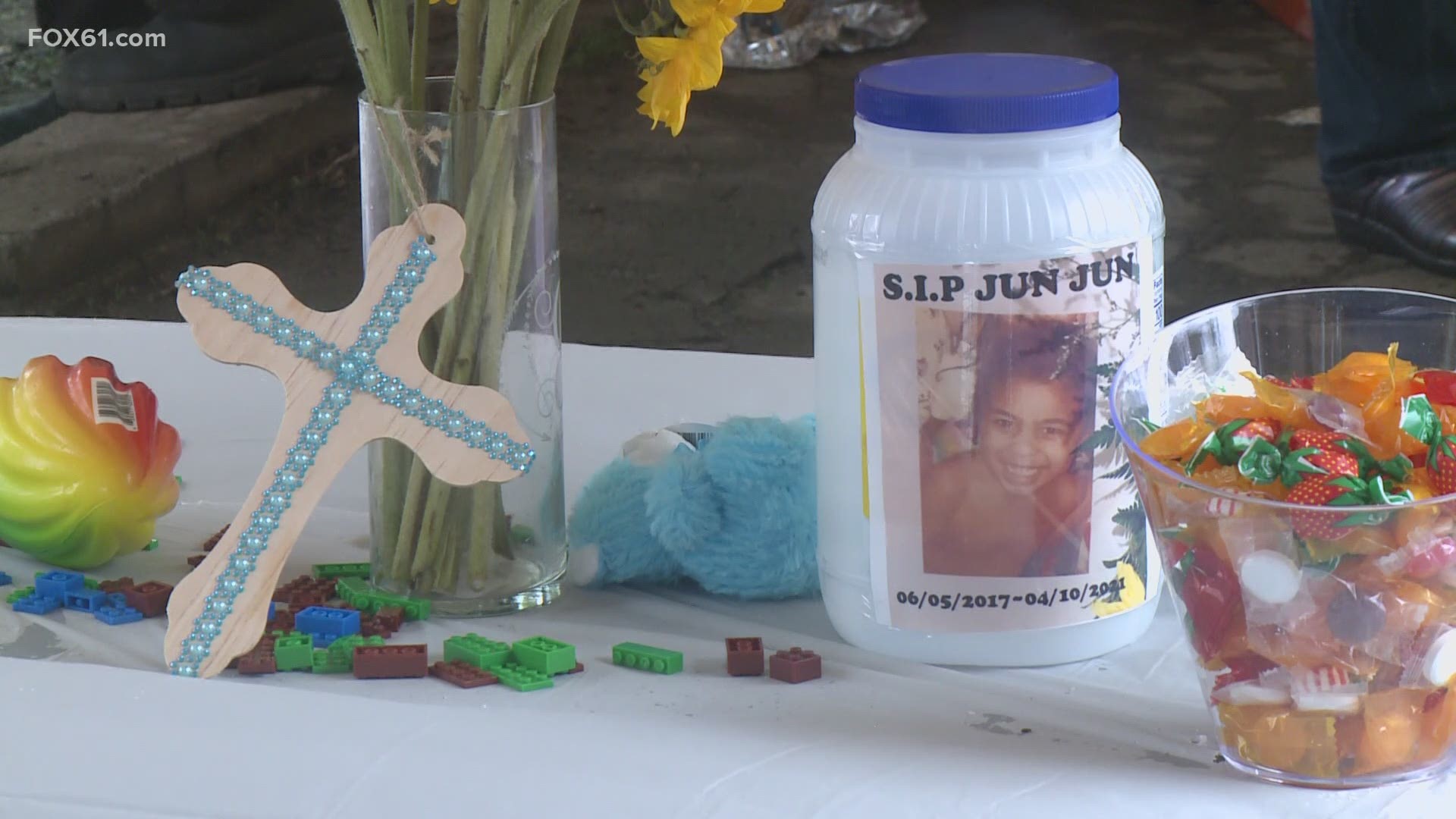 HARTFORD, Conn. — It has been nearly one week after two kids were shot and killed in Hartford and police have been trying to track down who is responsible.

There is still very minimal information when it comes to finding those suspects.

Two children, a 3-year old and a 16-year old, were killed after being shot last Saturday.

That 3-year-old was later identified as Randell Jones who was shot on Nelson Street.

Just hours later, that 16-year old was identified as Ja'mari Preston who was shot on Magnolia Street.

Police told FOX61 two vehicles believed to be connected to the shooting of the teen in Hartford were found abandoned and burned. One of the vehicles was found in Hartford and the other in South Windsor.

Meanwhile, the family of Jones held a fundraiser Friday in his honor.

It took place behind the Metropolitan Church on Main Street in Hartford where fresh food was cooked for anyone who was hungry.

Money collected went into the jars and into the Jones' hands to help them get through these tough times.

The weather prevented some people from showing up in person at the fundraiser, but the family took the time to deliver all of the orders to residents' homes and workplaces.

The boy's pictures were on the donation jars, and it was a reminder of the fundraiser's mission.

Nidia Garba, Jones' great aunt, told FOX61 a large chunk of the money will be for the boy's siblings.

"The girls are going to need a lot of activity stuff to do, so they won’t have to deal with thinking about their brother because it’s kind of hard. Every day they’re asking about it when he’s coming home," Garba said.

Jones' mother did not attend Friday's fundraiser as she took time to grieve.

Garba said Bear's Smokehouse in Hartford donated a lot of food for the fundraiser.

"It’s all about community. Bear’s is absolutely about giving back and now’s the time when the Hartford community is in need and here, we are, doing whatever we can," general manager of Hartford Bear's Smokehouse, Samantha Reid said.

Bear's is known for helping their neighbors and when they heard about what happened to Jones, they wanted to help.

Hartford Police Chief Jason Thody reassured the victims' families their hunt for those responsible will not stop.

"Our officers at this point are taking this very personally that these things are occurring," Chief Thody said.