Joshua Castellano and other New Haven officers were traveling in a car when it crashed in Las Vegas last Friday. 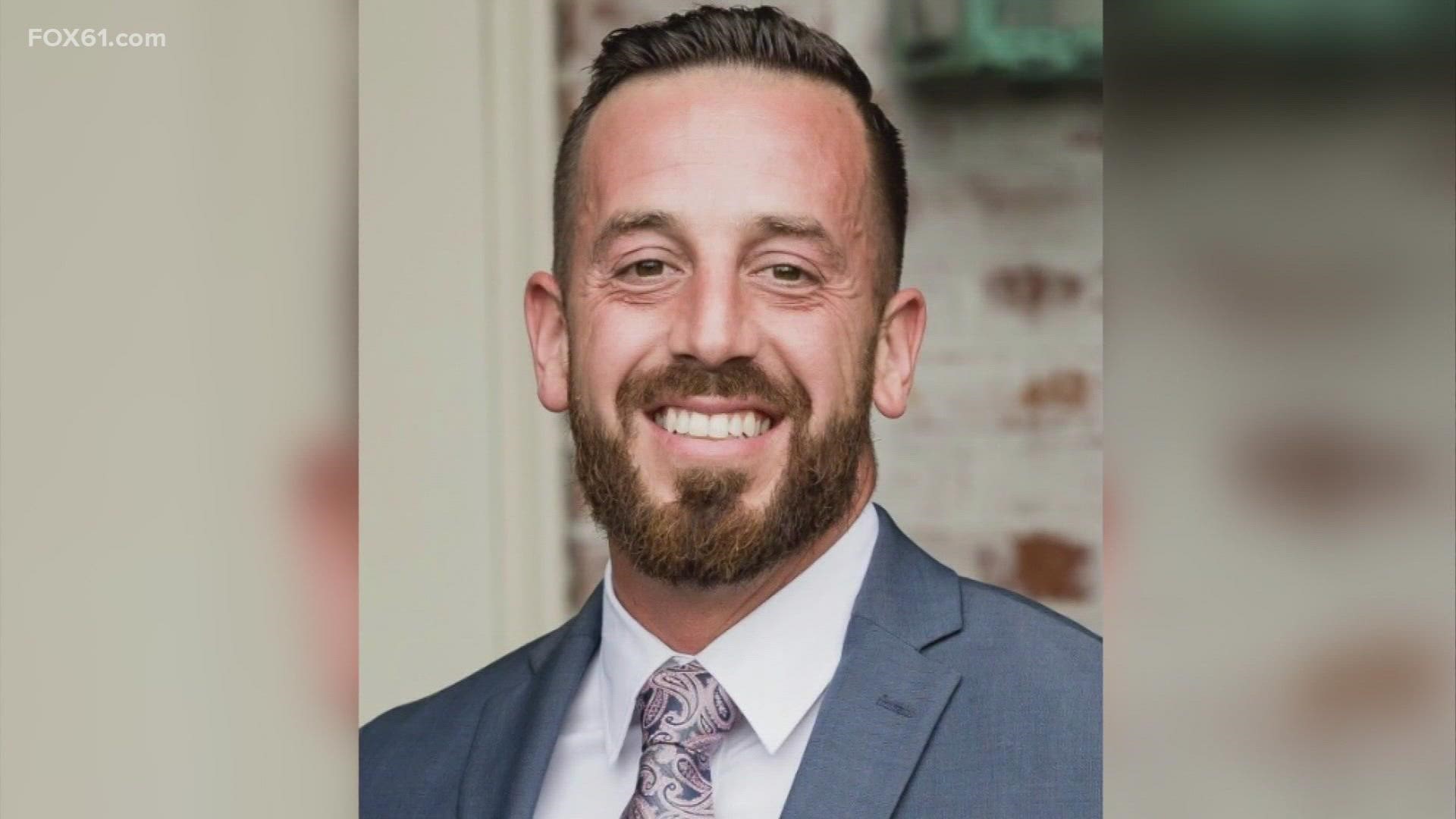 Castellano, 35, died Friday while traveling in a car with other members of the New Haven police department while in Las Vegas, Nevada.

The hours for visitation will be Thursday from 4 p.m. to 8 p.m. at the West Haven Funeral Home at the Green.

Family and friends are asked to go directly to St. Mary’s Church, 5 Hillhouse Avenue, New Haven Friday morning for a Mass of Christian Burial at 10:00 a.m.

Donations may be made to Fund the First, an organization that benefits those who serve.  All attendees are asked to please wear masks for indoor services.

Castellano's family released a statement on Monday, calling him "a gift," who proudly served his community as a police officer.

"Amid our unimaginable heartbreak and grief over the tragic loss of Joshua, we are comforted by the overwhelming love and expressions of support from Joshua’s Police Officer family, his friends and the Yale community.

Joshua’s life was a gift, and we are grateful that he could share part of it with his colleagues at the New Haven Police Department and with the countless community members he encountered while proudly serving on the police force. Joshua approached his life and work with unmatched passion and excitement, and his genuine love for people was infectious.

We hope that others will honor Joshua’s memory by following his excellent example of selfless service to the community. As we pray for strength during this dark time, we will celebrate Joshua’s remarkable life and the light and joy he brought to our lives and the lives of so many."

New Haven officer Robert Ferraro, who was the driver of the vehicle, was arrested Friday on charges of DUI resulting in death and reckless driving. He posted a $100,000 bail on Monday but remains in custody.

Ferraro is scheduled to appear in Las Vegas Justice Court on Tuesday. He also faces an investigation by the New Haven Police Department.

The department's acting Police Chief Renee Dominguez said Ferraro was placed on administrative leave while the department conducts its investigation. She identified the other officers in the vehicle as Matthew Borges and John Truhart.

Two women from Texas were also in the car.

Ferraro, Castellano and the others were traveling in a white 2020 Rolls Royce Cullinan at a high rate of speed and lost control west of the intersection, according to officials.

Police said a 2021 white Ford Mustang was waiting to enter the roadway when the Rolls Royce crashed into it and continued on the road.

The Rolls Royce then crashed into roadside utility poles, landscaping and fire hydrant before overturning onto its roof, ejecting the right-front passenger, and uprighted itself before coming to rest, according to Las Vegas officials.