Meet Hartford's 'Furry Fandom,' a group of people with a unique hobby

A “furry” is someone who has a keen interest in, and may dress up as, anthropomorphic animals. 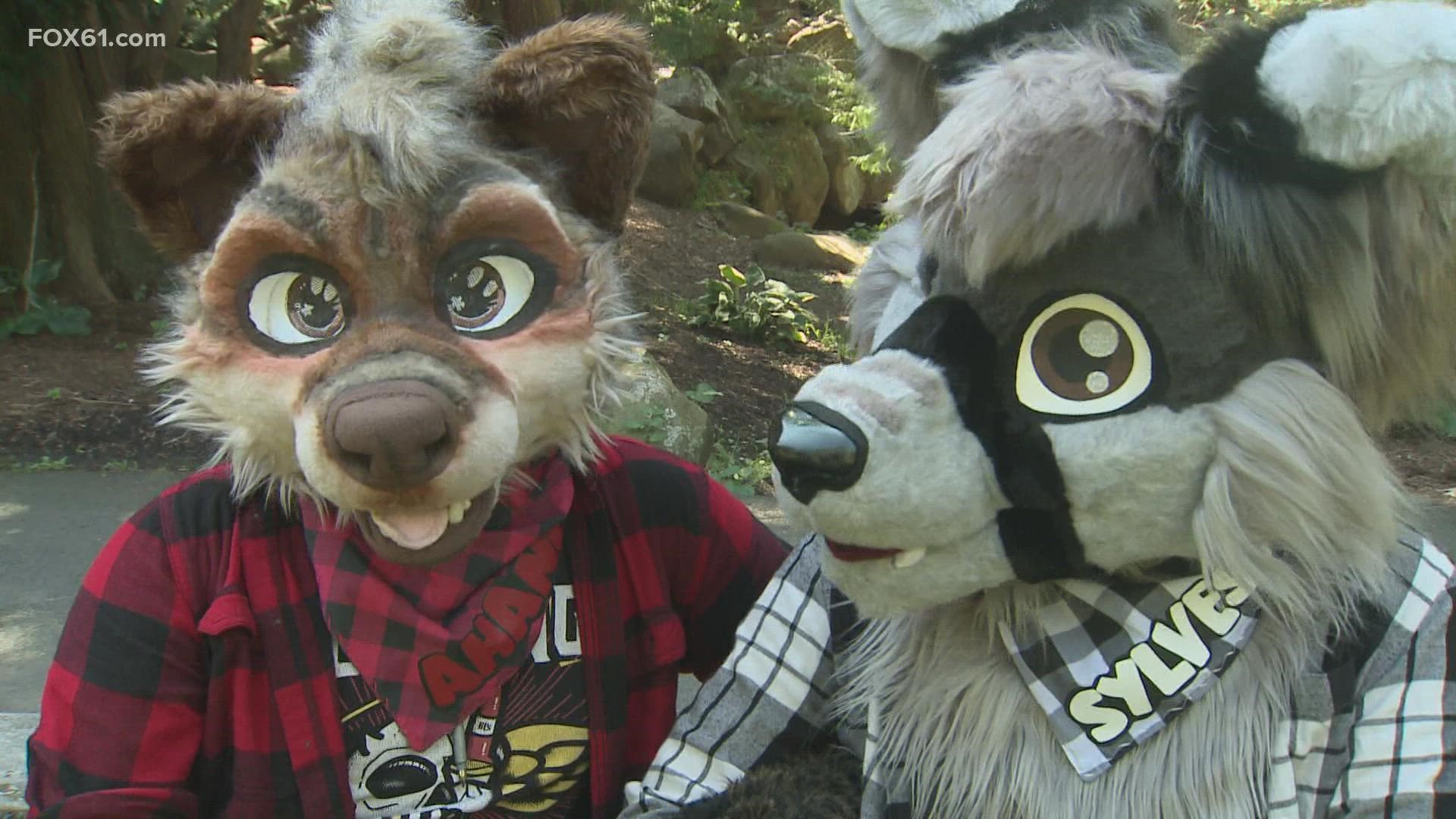 HARTFORD, Conn. — Everyone has a hobby of some kind. For some it may be fishing, playing a sport, reading, or maybe knitting. For other people, their hobby is that they like to dress up in a tiger suit and hang out with other people who do the same. Those people are called “Furries”.

A “furry” is someone who has a keen interest in, and may dress up as, anthropomorphic animals – animals who have human characteristics like the ability to talk or walk on hind legs.

“A lot of people think it's all about dressing up in animal costumes and running around, which is part of it, but it's really a big community of people, who share similar interests, it’s a huge friend group,” said Shea Lopez.

Recently Lopez was at Elizabeth Park with his partner, Jake Biehn. They are both “furries” and have been for about five years. They met through the furry community, which both say is now like a second family.

“The people I’ve met along the way, my partner, have grown into my family that I hold tight. They’re all so accepting,” Biehn explained.

Like with all hobbies, it can be costly. They start at a few hundred dollars and go up to a couple thousand for the head alone. Almost all of them are custom-made to fit the person who owns them.

When someone is in their fur suit, they take on their “fursona”.

There are several misconceptions about furries that the couple would like to clear up. They say being a furry isn’t a fetish, they don’t wear their fur suits when doing regular day-to-day things and they don’t think they are actually animals or have a particular connection to animals.

Both Biehn and Lopez said they’re used to the whispers and finger-pointing and welcome the questions. The most common response they get from strangers is, “That’s weird.”

“You’re right, it is weird, but that’s the joy of it, that’s the beauty of it,” Lopez said. “The entire community is embracing that weirdness and just rolling with it.”

Biehn agrees: “It’s completely odd, but it’s our odd thing and I love it and want to share it with the world.

They are sharing it with the world, and also doing good. At many of the furry conventions, the group raises money for charities like ALS research.

“We’ve raised tens of thousands of dollars,” Biehn said. “It’s absolutely incredible that our community has a sense of charity to it because everyone should have charity right?”

More than anything the couple wants people to know that furries are friendly and just having fun in their version of neverland.

“A lot of times, as kids you want to dress up, and be like, ‘Hey, I'm a wolf. I'm going to run around like a wolf.’ Parents go, ‘All right. Go for it,’” Lopez said. “And when you grow up, you tend to lose a lot of that imagination, and that creativity. This community holds on to that and celebrates it. And that's really what it's all about.”