Michael Marion Sharpe, a former Charter School CEO, was charged with four counts of Kidnapping in the First Degree with a Firearm. 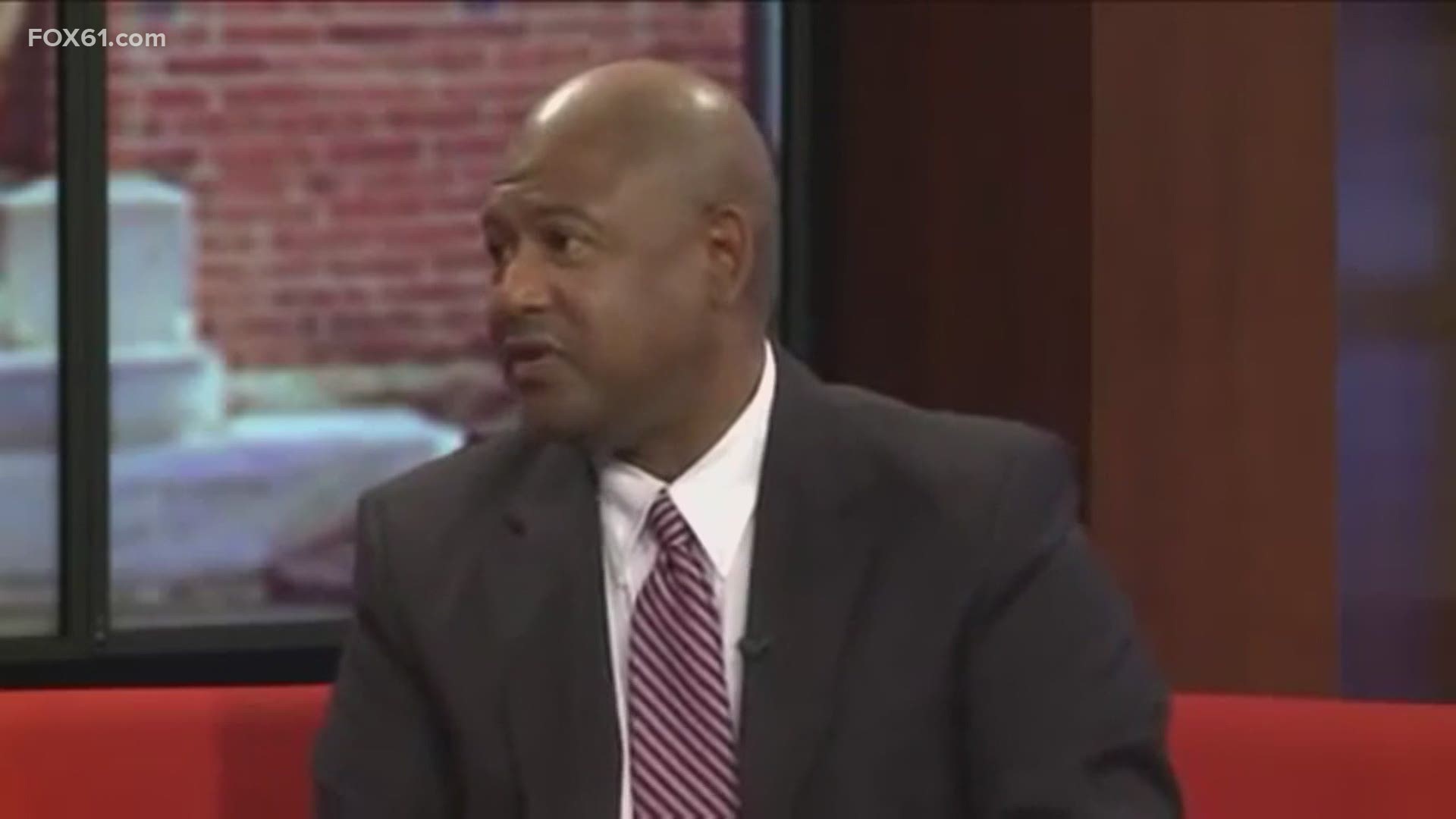 HARTFORD, Conn — Michael Marion Sharpe was arraigned in Hartford Superior Court on four counts of kidnapping in the first degree with a firearm. He is accused of sexually assaulting four women by breaking into their homes in June and July of 1984.

Police have had an arrest warrant for John Doe based solely on his DNA profile. Investigators were able to use new genealogy technology to help track him down.

"This is the first case out of Cold Case that we’ve been successful in using genetic genealogy," says John F. Fahey, the Supervisory Assistant State's Attorney in the Cold Case Unit at the Chief State's Attorney's Office.

Distant family members who submitted their DNA to genealogy sources and gave their consent for law enforcement to use their DNA led police to 69-year-old Sharpe.  Investigators sent the DNA recovered from the scenes in 1984 to the lab for genealogists to try to find a match.

"They’re able to find a match--it might be a second cousin--build a family tree up and they come down," says Fahey. "And it’s only an investigative tool. We would never arrest anyone on that."

The state initially had four potential suspects. One by one they were eliminated until investigators found a DNA match to the genealogy DNA at Sharpe's home in Marlborough, Connecticut.

"We were able to find a bag of garbage that he had put out at the curb and therefore abandoned that garbage," says Fahey. "It contained documents that contained his name. It also had some belts. We never saw him wear the belts or anything like that, but we submitted them for testing."

The DNA from the belts matched the DNA samples from the four 1984 sexual assaults. These results allowed investigators to obtain a search warrant for a confirmatory DNA sample. Sharpe's DNA was a match again. The four victims all say they are excited someone may be brought to justice.

"One indicated she might be able to sleep three hours a night now instead of two," says Fahey. "Another said it was the one reason she never got married and so I think people forget the impact this has had on four individuals for the last 36 years."

Sharpe was released from court on a promise to appear back on December 2. The state was just awarded a $470,000 grant from the US Department of Justice to use forensic genetic genealogy to help solve cold cases across the state, including 50 unsolved murders in Hartford.

According to an arrest warrant affidavit, Sharpe is accused of the following crimes:

In all four attacks, Sharpe is accused of brandishing a firearm while breaking into homes where the sexual assaults occurred.

Sharpe is the former CEO of Jumoke Academy in Hartford and the FUSE Charter School Group which previously ran schools in New Haven and Bridgeport. The organizations were embroiled in a scandal in 2014. Sharpe resigned from both after it was revealed he falsely claimed he had a doctorate. State officials also learned in 2014 that Sharpe had served time after pleading guilty to embezzlement in 1989 in California. The revelations sparked an investigation and audit into the schools run by Sharpe at the time.