KARE 11 Investigates: Dueling experts about the danger of holding George Floyd down 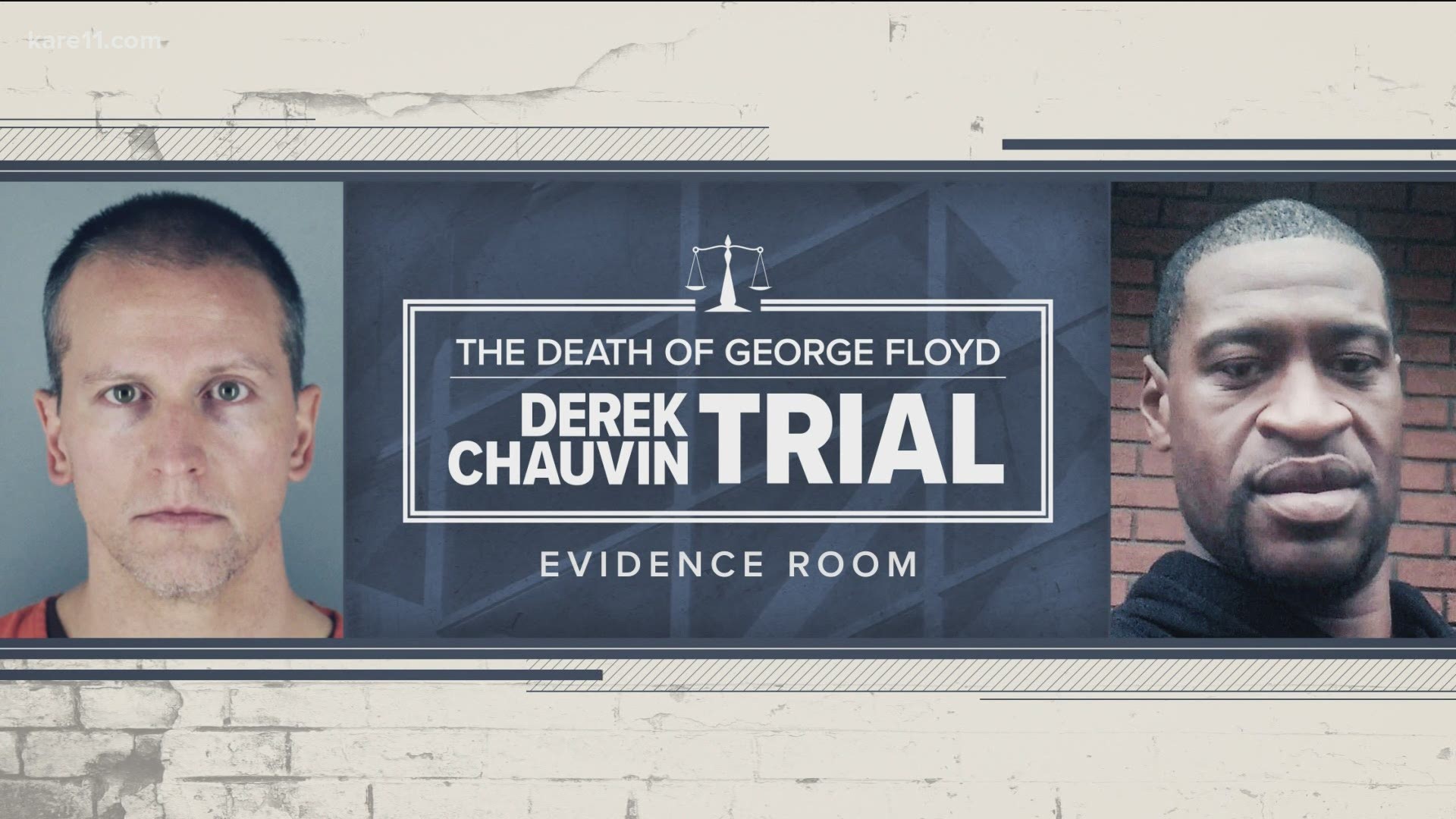 As the Derek Chauvin murder trial heads into its third week of testimony Monday, jurors are likely to hear more about whether holding someone face down – with pressure on their back – is dangerous or not.

In what appeared to be a pre-emptive strike, prosecutor Jerry Blackwell asked world-renowned pulmonologist Dr. Martin Tobin about studies the defense may rely on to try to minimize the danger.

"Are you generally able to characterize the nature of these studies for the jury?" Blackwell asked.

"The bottom line is they're highly misleading," Tobin replied.

He was referring to research done by a Dr. Gary Vilke and his colleagues in San Diego, California.

He was the subject of a joint investigation of prone restraint deaths by KARE 11 and 9Wants to Know in Denver last year.

At the time, he said he couldn’t recall the last time he had testified against police.

That might be because when he does testify, he routinely tells judges and juries that the weight of officers on top of someone is largely inconsequential in their deaths.

Records show Vilke has testified for the defense in dozens of civil cases filed by families across the country. His conclusions have been nearly universal. The actions of the officers did not lead to the deaths of the people who were held prone.

“In general, it still has to be a lot of weight to really impact ventilations to the point where you’d worry about asphyxia,” he said in an interview.

Vilke did not work on George Floyd's death, but when asked him about his thoughts on the case he said Chauvin’s knee likely had nothing to do with the death.

“There’s bad optics there,” he said, but he added, “Is it having a physiological effect on [Floyd]? That’s doubtful,” he said.

Credit: KARE 11 - court exhibit
Dr. Tobin used a 3D animation to explain how the weight of officers was like "a vice" on Floyd.

When questioned by the prosecution Thursday, Dr. Tobin told the jury precisely the opposite.

Using graphic recreations of the scene and mathematical equations, Tobin testified how the prone restraint, the handcuffs and Chauvin's knee all worked together to deprive Floyd of oxygen.

He said it was as if Floyd’s lungs were being held “in a vice.”

"Mr. Floyd died from a low level of oxygen," Tobin told the jury.

Video shows Chauvin remained on Floyd's neck and back - even after Floyd's last breath.

"When he last takes a breath, the knee remains on the neck for another 3 minutes and 27 seconds,” Tobin calculated.

He testified that even a healthy person without Floyd's medical conditions "would have died as a result of what he was subjected to."

"It was almost to the effect as if a surgeon had gone in and removed the lung -- not quite -- but along those lines," Tobin told jurors.

In the past decade, our investigation has found at least 113 prone restraint deaths.