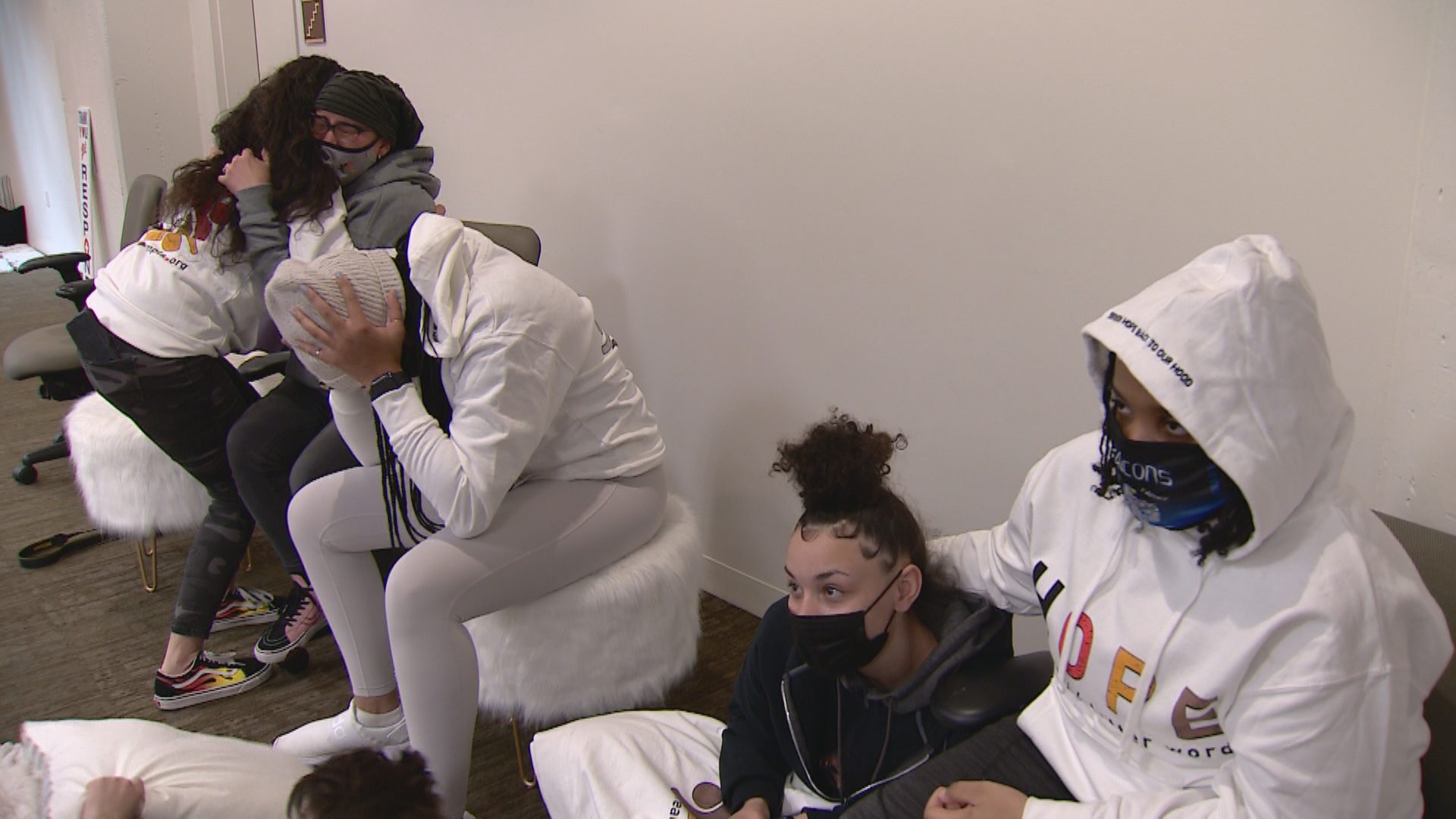 Mary Claire Francois, Marni Lewis-Harvey and Valerie Quintana have been addressing the needs of south Minneapolis through their nonprofit, The Real Minneapolis.

Their focus has been on the city's youth, operating a learning pod in Allina Health's headquarters called the Hope Youth Center.

After nearly a year of giving back to their community, they gathered around a TV in the Hope Youth Center to await the verdict in Derek Chauvin's trial. They were joined by Jada Anderson,15, and Ella Pritchard, 16, students at Cristo Rey Jesuit High School. The pair attended the center while distance learning due to the pandemic.

Pritchard added, "Just nervous because it could really go either way and it scares me if it were to go wrong. I'm worried about what could happen."

"I'm relieved. I mean nothing can bring George Floyd back but at least this is a huge step towards racial justice," Quintana said.

RELATED: Barber shop silenced, then euphoric, as verdict is read

Credit: Devin Krinke
Hugs and tears followed the announcement of the verdict at the Hope Youth Center in south Minneapolis.

"It'll never really be fair because of the way that he died... but just knowing that at least the verdict or at least the jury and the people see that what happened to him was wrong, it puts some ease in my heart," Pritchard said.

The verdict took a bit of weight off Francois' shoulders. But the work is just beginning.

"I think it puts that weight onto white people to realize that they're the ones with the power and the authority and the privilege to make a change and to make a lasting change," Francois said.

Anderson said she remains hopeful that real change can happen but she is also now dealing with the trauma from the killing of Daunte Wright.

Lewis-Harvey said, "I just want to see justice for all stolen lives and this to me, it just gives me a lot of hope."

"We shouldn't move backwards to what used to happen; we should continue moving forward," Anderson said. "We just want to be equal. That's it. I hope, I hope, I hope."