The quiet voices: North-siders steering clear of the trial still have strong feelings

On Day 1 of the Derek Chauvin trial, some Minneapolis north-siders went about their days in usual ways. 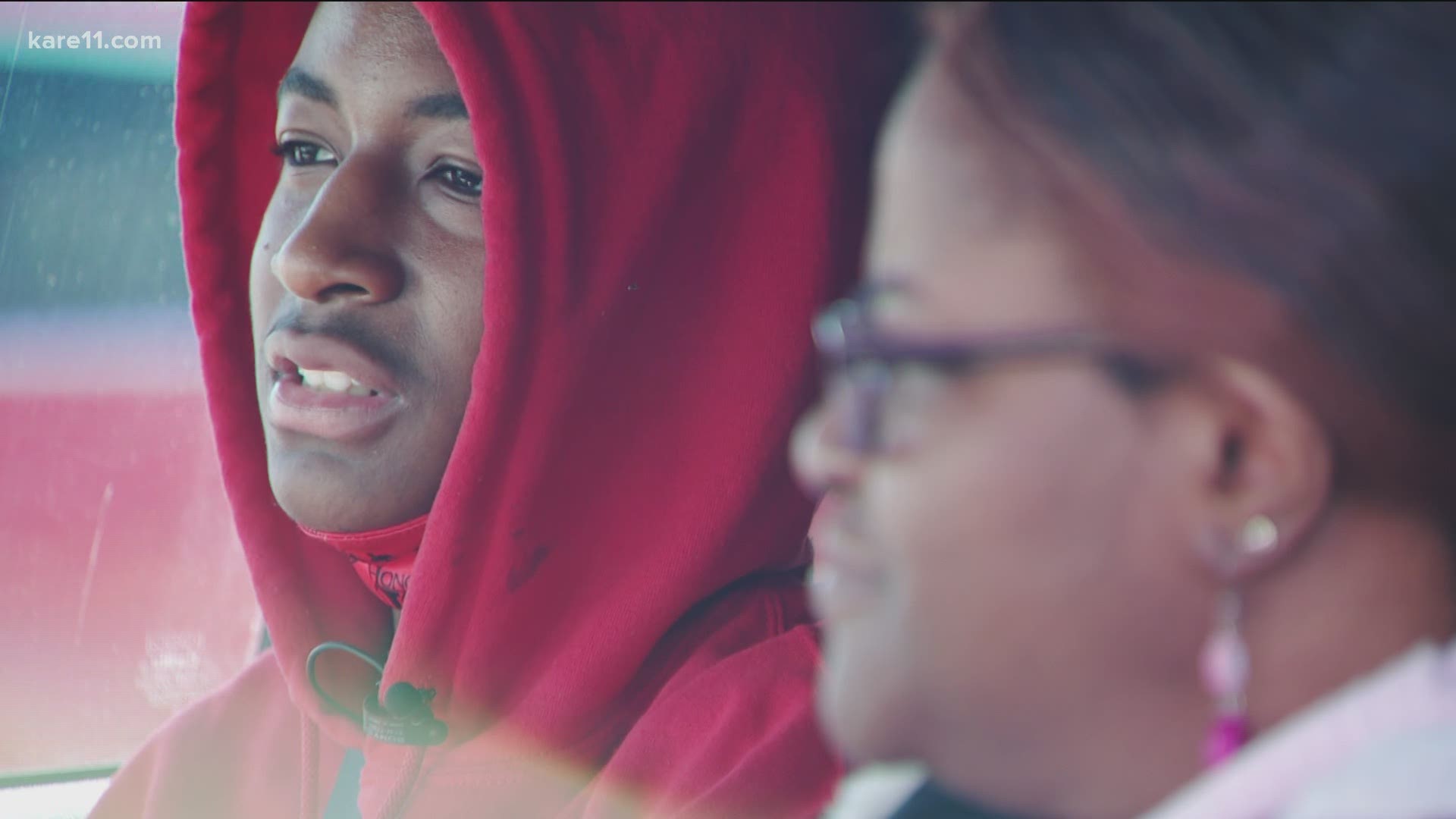 MINNEAPOLIS — During tense times, some voices are amplified by bullhorns and loudspeakers.

On Day 1 of the Derick Chauvin trial, Williamson was too busy barbequing to watch opening statements.

Williamson took advantage of the year’s first 70-degree day to do a fundraiser for his stepbrother’s AAU basketball team.

But that doesn’t mean the Chauvin trial wasn’t on his mind.

“I worry about my city having self-destruction again,” Williamson said.

A burned-out building just down Lowry Avenue, is a reminder of what Williamson fears again.

The building sits a few hundred feet from a residential garage door bearing the words “I CAN’T BREATHE” hand painted in white on a black background.

Williamson still struggles with those words, among George Floyd’s last, while under Chauvin’s knee.

“They didn’t value his life,” Williamson said. “We need justice.”

At a bus stop along Broadway Avenue, LaTonya Richards awaited her ride.

She, too, is steering clear of the trial.

But don't mistake her avoidance of conflict with indifference.

“What I seen on the tape was murder,” Richards said.

While others protest, Uriel Caine is praying.

“That's what I can hold onto,” the North Minneapolis pastor said.

Caine spent the first morning of the trial with her teenage grandson Savion who has the week off for spring break.

“Yeah, we've been talking about it,” the grandmother said.

Savion’s confident calm in the midst of the trial reflects his grandma’s.

“No, I wouldn't say I'm anxious about it,” Savion Caine said. “I'm just seeking something better to happen with the future.”

Amid chants and protests, theirs are the quiet voices, but no less lacking in conviction.