Former Minneapolis officers Tou Thao, Thomas Lane and J. Kueng are all scheduled to stand trial on August 23 for their roles in the death of George Floyd last May. 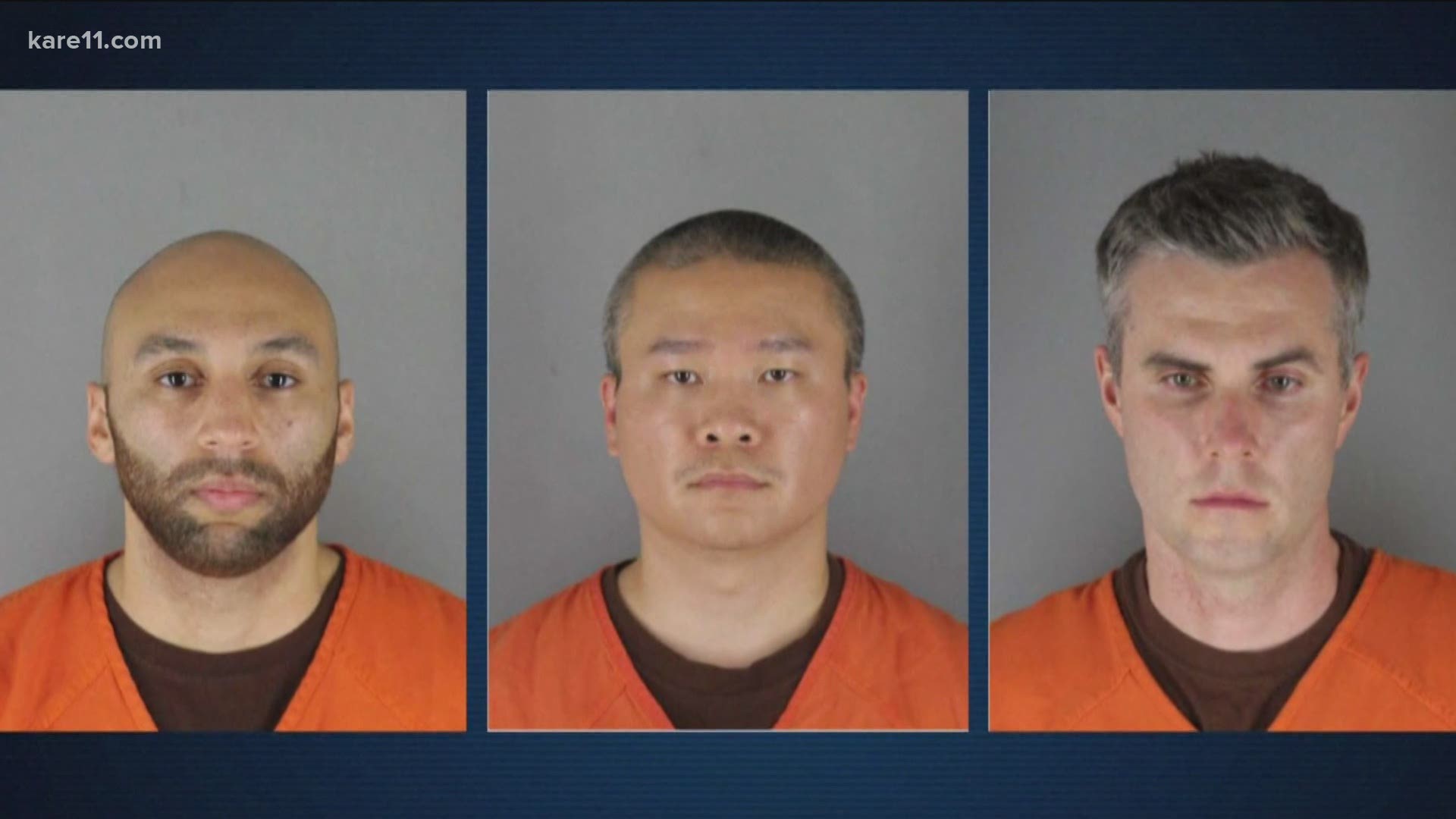 MINNEAPOLIS — For roughly two weeks, televisions across Minnesota and throughout the country broadcast the trial of Derek Chauvin, airing testimony that was sometimes tearful and often technical.

The high-profile trial, which ended in the former Minneapolis officer's conviction in the murder of George Floyd last May, marked the first major test of cameras in Minnesota courts. The broadcast didn't encounter any major issues, and one former Hennepin County judge even deemed it a "remarkable success."

So, can we expect the same televised treatment for the joint trial of the three other officers who responded to the call that ended in Floyd's death?

Thao, Lane and Kueng are facing charges of aiding and abetting second-degree murder and manslaughter. The State Attorney General's Office has confirmed plans to argue in the Court of Appeals to add a third-degree murder charge against all three.

Under the judge's existing order, video and audio coverage of the joint trial is allowed. But it is possible that one or all defendants could ask the judge to reconsider or alter the order, prior to the trial.

It remains unclear if any motions are expected to be filed. However, Kueng's attorney Thomas Plunkett was the one who initially filed a motion last June asking the court to allow video and audio coverage of all pre-trial and trial proceedings in his case, as well as the three related cases.

RELATED: What happens next for the other officers charged in George Floyd's death?