What changes do people want to see as the U.S. Justice Department investigates Minneapolis PD?

The probe will scrutinize the department's history, looking for signs of any unlawful patterns. 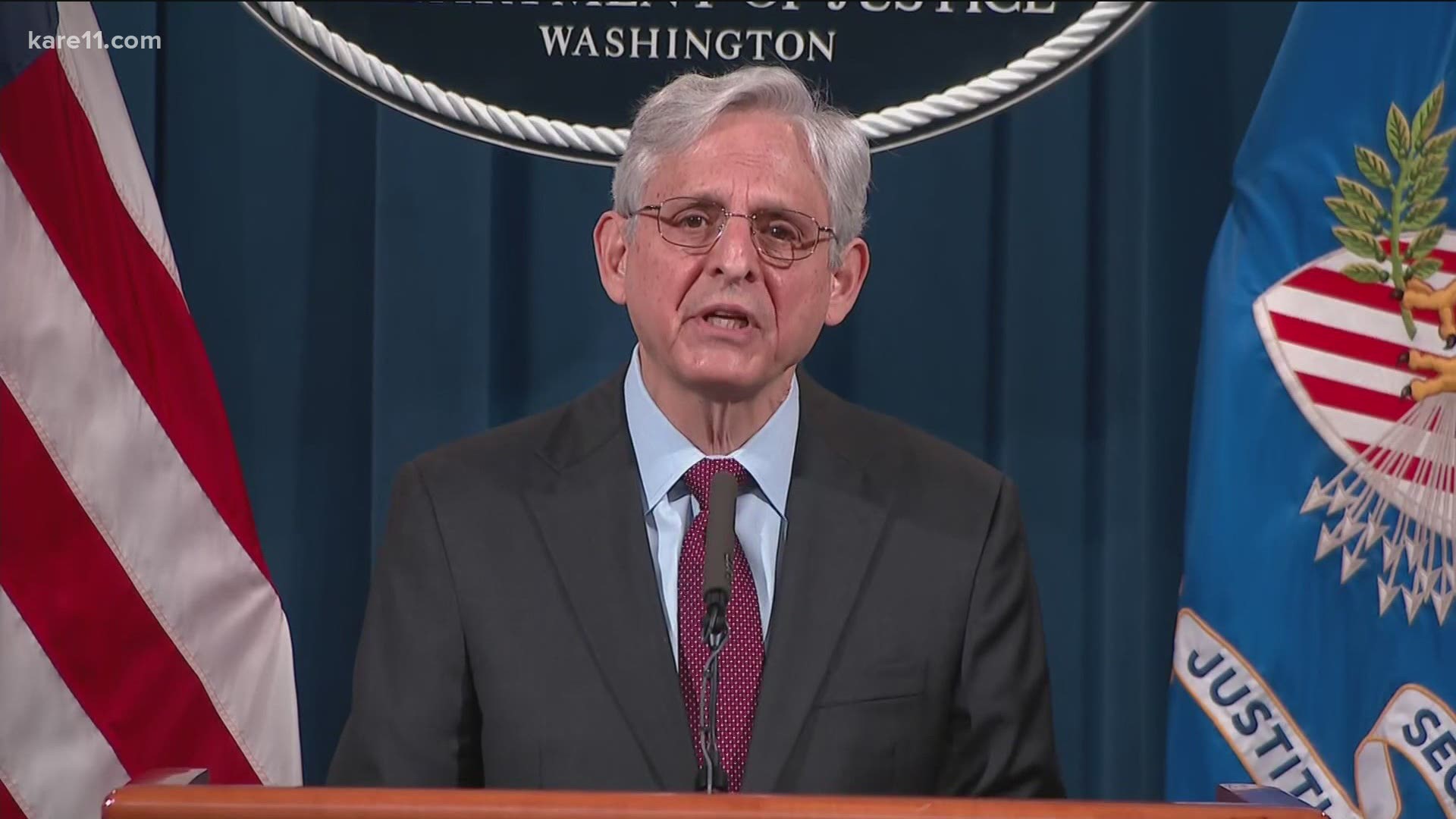 MINNEAPOLIS — The murder of George Floyd will become the foundation for the U.S. Justice Department probe into Minneapolis police practices.

The probe will scrutinize the department's history, looking for signs of any unlawful patterns.

Local NAACP Vice President PJ Hill hopes for some input and involvement during the process.

"Now make it so we can root out some of those systematic problems within policing and issues, whether it comes from policy [or] training culture," he says.

Hill believes uncovering the culture of MPD can lead to justice and the changes people want to see at the police department. The probe itself comes as no surprise and has many others looking for change.

Julia Huskin told KARE 11 about an article that, when it comes to the how's of training, emphasizes that there are other professions like cosmetology that require more training hours.

She hopes to one day have more trust in police officers, which has strained among the community in the wake of high profile police killings, and amid the Derek Chauvin trial.

"More training, how to de-escalate people without weapons, without violence, and without excessive force," were among the elements Huskin wishes to see come out of the DOJ probe.

James Trice is the founder of the Public Policy Project. He wants the probe to result in changes that will send a message that officers will be held accountable for their actions among the communities they have sworn to protect and serve - particularly for people of color who tend to be involved in most of the police-involved deaths in Minneapolis.

Monday evenings, Trice holds a public forum on Zoom where they discuss not only what has happened in Minneapolis, but also around the country.

There is also a support mechanism in the conversation that helps promote the fight for justice and peaceful protests designed to get the attention of policymakers.

James Trice says, "True justice, true justice requires that there needs to be a drastic change in policing and police practices."

Brett Olson is a Minneapolis resident who believes police departments should seek alternatives to deadly force. Olson wants the U.S. Department of Justice to consider non-traditional recommendations if it will help reduce the number of police-involved deaths.

"Teaching the police departments more Brazilian Jiu-Jitsu, more hand to hand combat, rather than using more deadly weapons so you can de-escalate situations with more hand-to-hand," he says.

His death sparked days of protests where the police force will also be scrutinized.

Also scrutinized will be how MPD responds to behavioral calls and citizen complaints about alleged misconduct.

All for a city that has spent night after night on edge with law enforcement.

Nekima Armstrong said, "We were on edge before May 25th because we have a series of murders at the hands of law enforcement because there was no accountability."

The MPD chief of police welcomes the DOJ probe saying, in the end, it will help them better serve the city of Minneapolis.