Teachers were potentially going to have to take the year off due to lack of childcare. 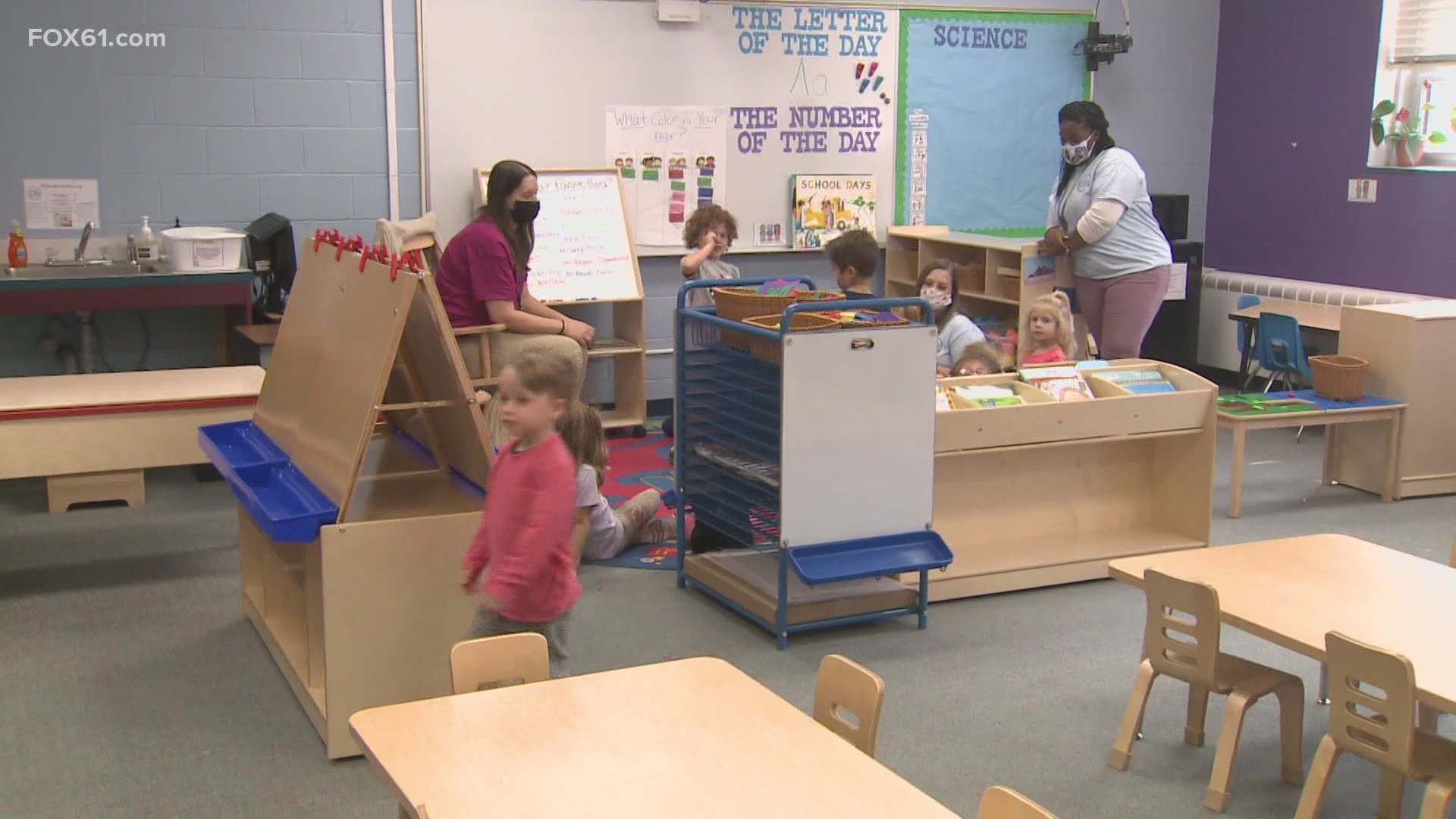 GLASTONBURY, Conn. — Six weeks ago as Glastonbury administrators prepared for the start of a new school year, they quickly realized COVID-19 had created multiple challenges.

Teachers were potentially going to have to take the year off due to lack of childcare.

“We surveyed our staff early on, as we did as well our community. We started to hear from staff that were requesting potentially needing to stay home because of childcare issues and that became a reoccurring theme,” said Cheri Burke, Asst Superintendent, Glastonbury Public School.

They quickly began to organize The early learning center at Eastbury.

This new program provides childcare for teachers and comes at no cost to taxpayers.

They are using a former Eastbury school building. Teachers pay a tuition for their child, which the district says is very reasonable.

“If we did not have this available for our teachers and they can’t be in the classroom, then that’s a cost to our children, that’s a cost to the quality of schools and it’s very difficult right now to find substitute that can come in and they’re not going to do the job that our regular staff could do, said Matthew Dunbar, Asst. Superintendent, Glastonbury Public Schools.

Lieutenant Governor Susan Bysiewicz toured the facility this morning, she said she hopes other school districts will follow suit as childcare is one of the biggest challenges they are facing when it comes to re-opening the state.

“We think that this can be a model for other towns and other cities across Our state. We want to get the message out,” said Lt. Governor Bysiewicz.

Currently the early learning center is serving about 35 children. They range in age from infants to four years old.

That means some of these children now fall under governor Ned Lamont’s new executive order, requiring any child over the age of three wears a face mask when in a child care facility.