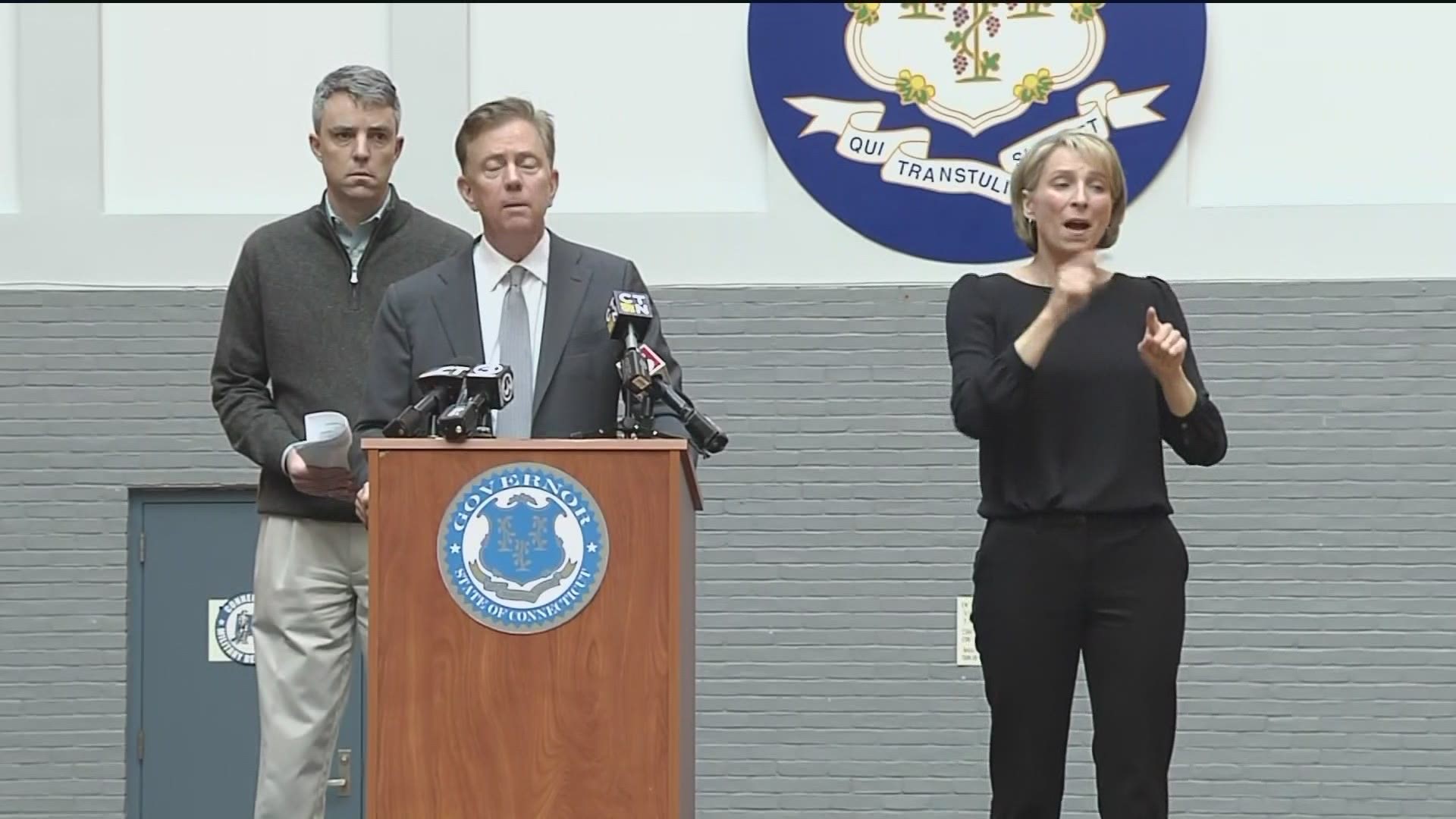 This mandates non-essential workers to work from home until further notice.

"We will be going through a process over the weekend where we will he looking at additional functions which are not able to work from home at this but which we will discontinue," said Chief Operating Officer Josh Geballe.

Lamont has encouraged construction companies to donate extra face masks if some of their workers are at home in the time being.

Certain industries will be exempt from the executive order given their nature of the business.

You can read the full order below:

Lamont announced a generous donor has donated millions of dollars to open up 26 daycares in the state that will be near hospitals for the doctors and nurses that will need to have their children watched.

"We need trained nurses. We need each and every one of you and I got to say I’ve been so so proud of the number of people I think it’s close to 500 nurses who stood up, thought they were retiring but they’re ready to come back and ready to help us," added Lamont.

The number of cases in the state has increased to 194 with 40 people in the hospital.

As for testing, one thousand people are being tested each day versus the 20 before.

There was a fourth death Friday in Fairfield County where most of the cases have occurred.

Lamont added any business that does not follow his executive order can face a civil fine.

Over the weekend, specific guidelines will also be put into place for those exempted workers that will go into effect Monday.