MANCHESTER — Dan Amarante was in Manchester at the Lutz Children’s Museum where Connecticut’s Chuckles VIII predicted an early spring! Meanwhi... 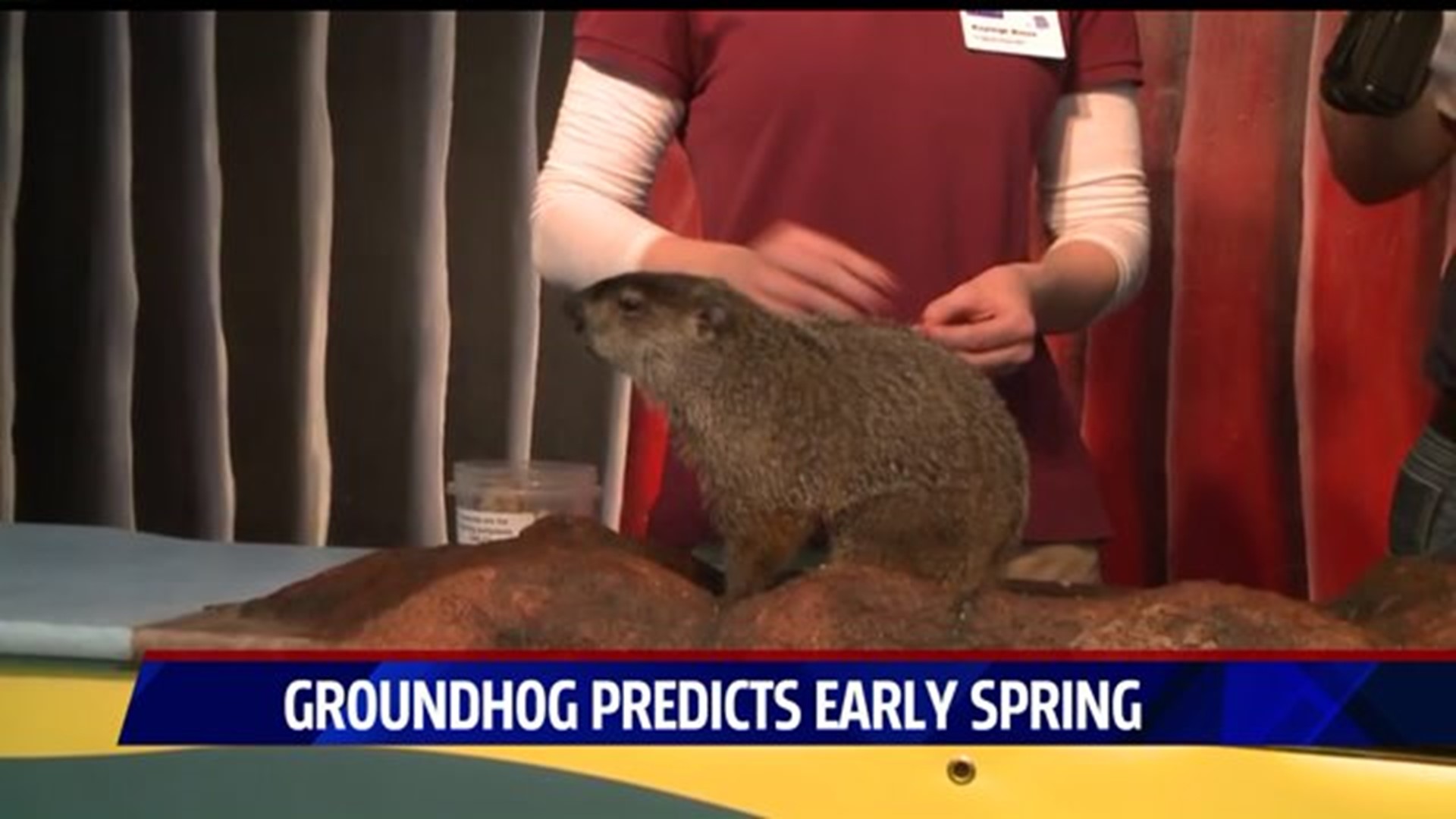 “Beardsley Bart is a very early riser and when he came out this morning, he confirmed that he did not see his shadow,” said Gregg Dancho, zoo director “He’s happy to report spring is just around the corner and he looks forward to all his friends coming to visit him soon.”

The handlers of Pennsylvania's most famous groundhog were set to announce whether the rodent will predict an early spring or six more weeks of winter.  Punxsutawney Phil has determined it will be a long winter, as revealed by members of his top hat-wearing inner circle plan just before 7:30 a.m. Thursday.

The festivities have their origin in a German legend that says if a furry rodent casts a shadow on Feb. 2, winter continues. If not, spring comes early.

In reality, Phil's prediction is decided ahead of time by the group on Gobbler's Knob, a tiny hill just outside Punxsutawney. That's about 65 miles northeast of Pittsburgh.

Records dating to 1887 show Phil predicting more winter 102 times while forecasting an early spring just 18 times — including last year. There are no records for the remaining years.