Neighbors wish DEEP could enforce the rules against swimming, picnicking and alcohol, but they're battling the trash issues on their own. 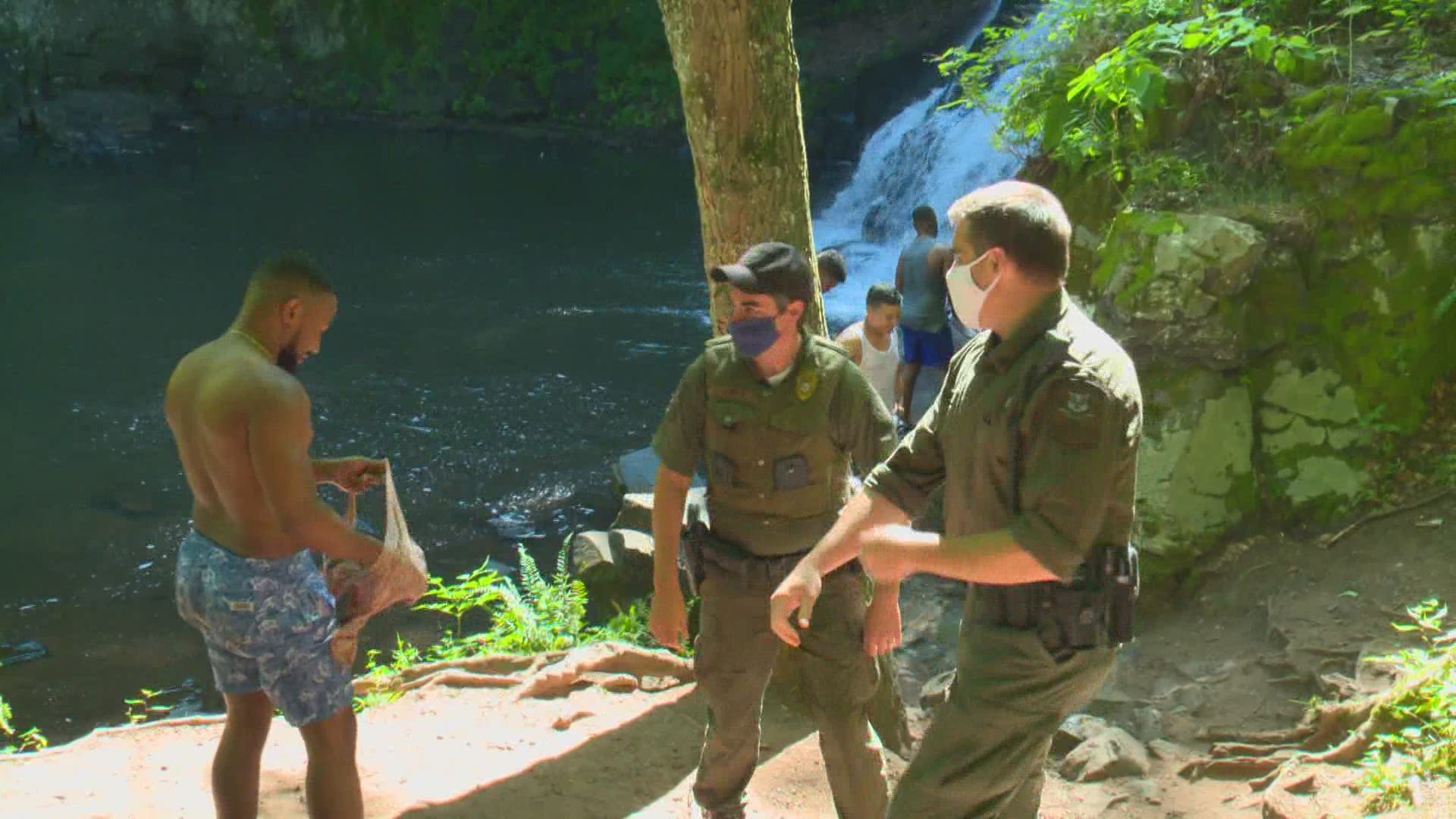 MIDDLEFIELD, Connecticut — A group of community members in Middlefield is saying enough is enough, when it comes to litter and overcrowding at Wadsworth Falls State Park.

"Liquor bottles, food containers, charcoal from grills," said Julie Hurlbert of Middlefield. "There would just be feces, the stench of urine, that would just come up through the forest floor and there'd be diapers and wipes," she said.

She says there also an issue with large groups of visitors, swimming when it's not allowed, and even changes to the landscape itself.

"It doesn't even look the same and I just wonder how long can this go on before its just not even nice anymore, you know? It's a natural wonder and I just feel like it's screaming for help," she said.

To answer that call, she started the Facebook group, "Friends of Wadsworth Falls in Rockfall." It has more than 300 members, who all noticed the same problems. Small groups even started doing their own cleanups on Saturday mornings.

"This is a grassroots effort by the community to say, 'Listen we love our park we just want to keep it nice for everyone to come and enjoy,'" said Middlefield First Selectman, Ed Bailey.

"We as community volunteers just wanted to come and do our part, and help clean the place up. Now that's not a long term solution," said Mike Skelbs of Middlefield.

There are signs at the entrance of the park saying that there's no swimming, no picnicking, and no alcohol, but the group says they haven't done much to stop people.

"There's so many rules that are posted throughout the park that are just disregarded because there aren't enough officers to go enforce those rules," said Hurlbert.

That's why the group wants to see a larger ENCON police presence at the entrance of the falls and at the park itself. Saturday morning, officers were there making sure the rules were being followed.

"They have addressed some other issues, one is the sanitary conditions here, they have installed a porta-potty," said Bailey.

Alcohol was also recently banned at the park. The hope is that these changes will start to bring the park back to the way it used to be.

"Weddings have happened here, engagements, first kisses," said Hurlbert. "That's what this place is for. You come, you admire it, you take a photo, kind of feel it's beauty and it's serenity," she said.