Dozens of people gathered on the Green Monday night to honor her life and legacy. 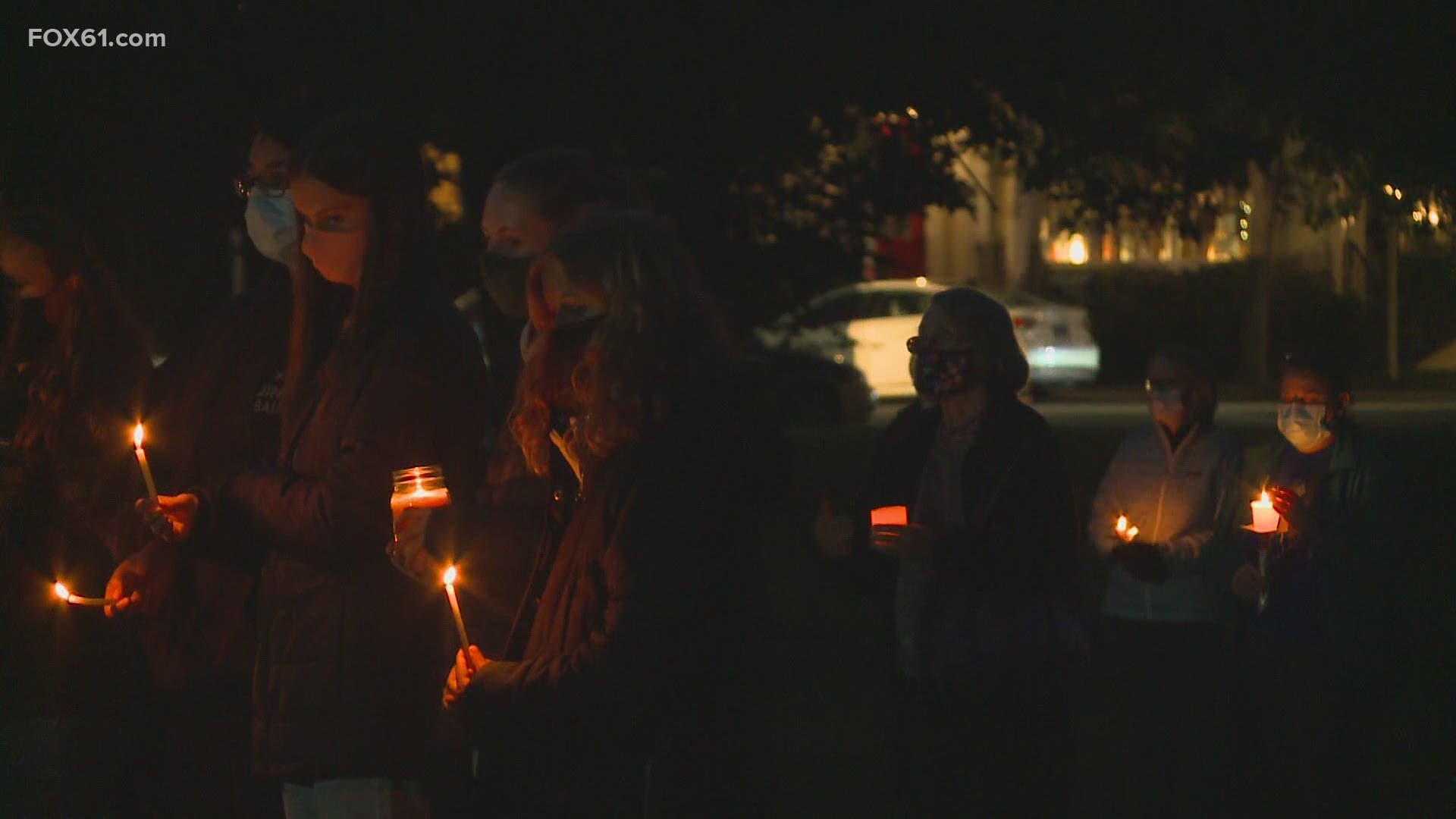 GUILFORD, Conn. — The Guilford Community came together Monday evening to honor Justice Ruth Bader Ginsberg. Dozens of people gathered on the Green to honor her life and legacy.

"There’s no part of our lives that she hasn’t affected and made easier for all of us," said Beth Brause.

The news of the passing of the honorable Ruth Bader Ginsburg was devastating to a group of women along the shoreline. Together, they organized the candlelight vigil to recognize the achievements of a woman who paved the way for so many.

"She really worked for all people," said Sondra Baseggio. "She didn’t pick a side. She worked for the greater good and I think that's something we can all take with us going forward."

The evening’s speakers come from a wide range of backgrounds including politics, law, and religion. Each person affected in some way by the trail Ginsburg paved.

"Even in a time like this when there’s so many things that drag people apart, that this is something that can bring us together," said Julia Schroers.

Schroers, a Guilford High School Sophomore, called Ginsburg her lifetime ideal. She spoke to the crowd about how Ginsburg’s commitment to gender equality and justice has inspired her own life.

"For me she completely re-defined what it meant to be a feminist. To be a lawyer. To be a judge. That she was able to carry all of those identities at once in a way that the world just didn’t like and that she still did it so powerfully," said Schroers.

The debate continues over when the next supreme court nominee should be named. People at the event told FOX61 that they believe the American people should have a say in what happens next through the election process.