GUILFORD – A Guilford teen has suffered severe vision loss his entire life but he’s getting closer to being able to see with the help of technology. Alex Russel... 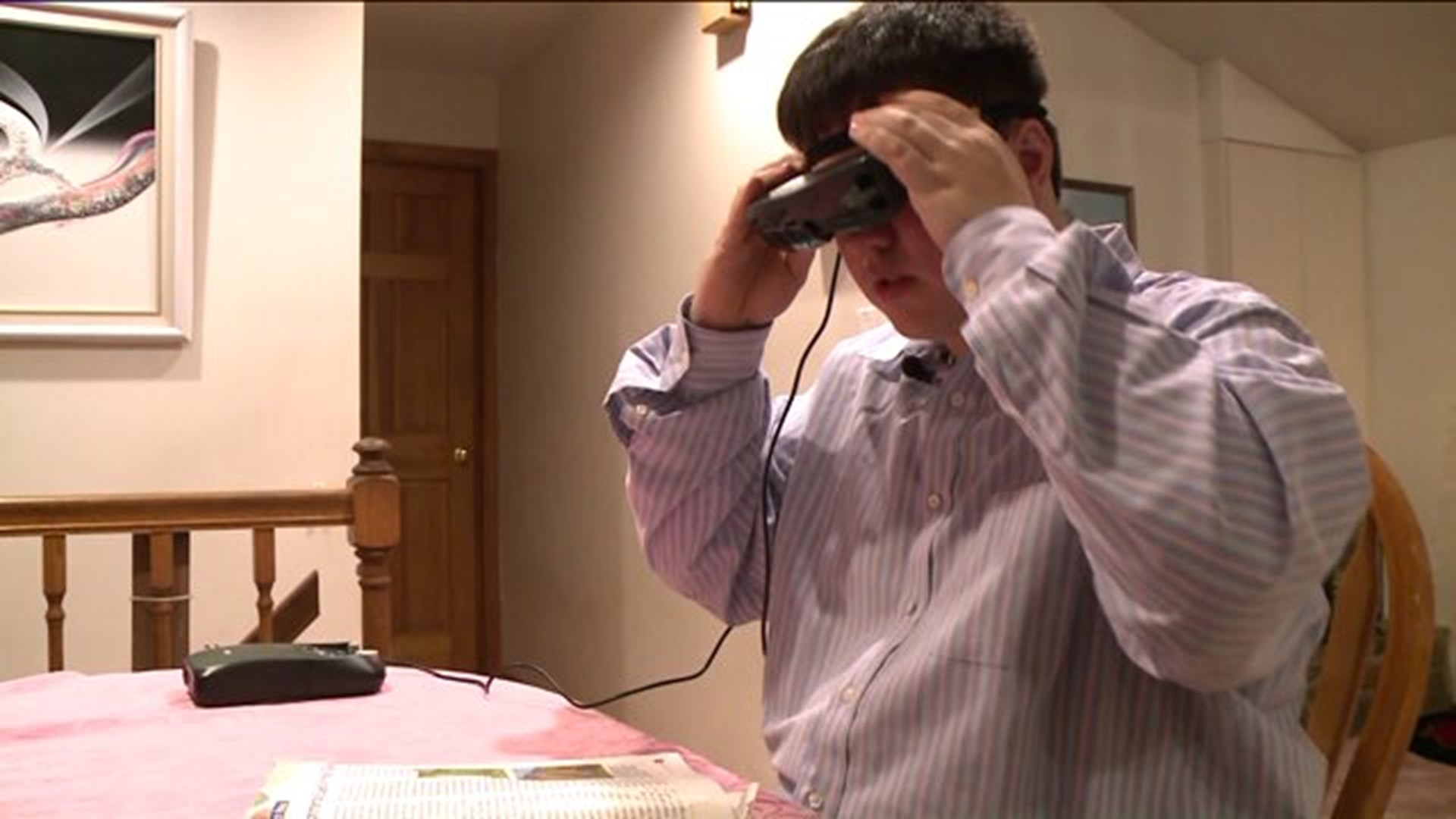 GUILFORD – A Guilford teen has suffered severe vision loss his entire life but he’s getting closer to being able to see with the help of technology.

Alex Russello, 16, was born with optic atrophy. His mother said his optic nerves didn’t fully develop, so it limits his vision.

His only chance of seeing is having objects a couple of inches from his face. In order to watch TV, he has to pull up a chair in front of it.

eSight glasses give Alex, and other people with vision loss, the chance to see.

“I enjoy wearing them a lot because I can see a lot more than I have ever been able to see before and a lot farther,” he said. “I never believed that something like this would be here, at least not this soon.”

eSight can work for those with low vision, including those that are legally blind. According to the company that’s 86% of the world’s visually impaired population.

It’s worked for people suffering from conditions such as Macular Degeneration, Diabetic retinopathy, and Stargardt’s Disease.

“They have a camera in the front that just takes the video of what you're looking at, it enhances that image for someone whose partially sighted, and then it plays it in the screens where your eyes are,” Wiedman said. “That videos in real time.”

Alex said the glasses will help him with school work, allow him to watch TV from his couch, play video games, watch his football game playbacks with the team, and better cope with social situations.

“When I put them on it’s like a whole new world,” he said. “With them, I would be able to be more like a normal kid.”

The glasses cost $15,000. If you’d like to help Alex raise money you can visit his donation page here.