The decision from the Guilford Board of Education to remove the Indian mascot from Guilford Public Schools was unanimous. 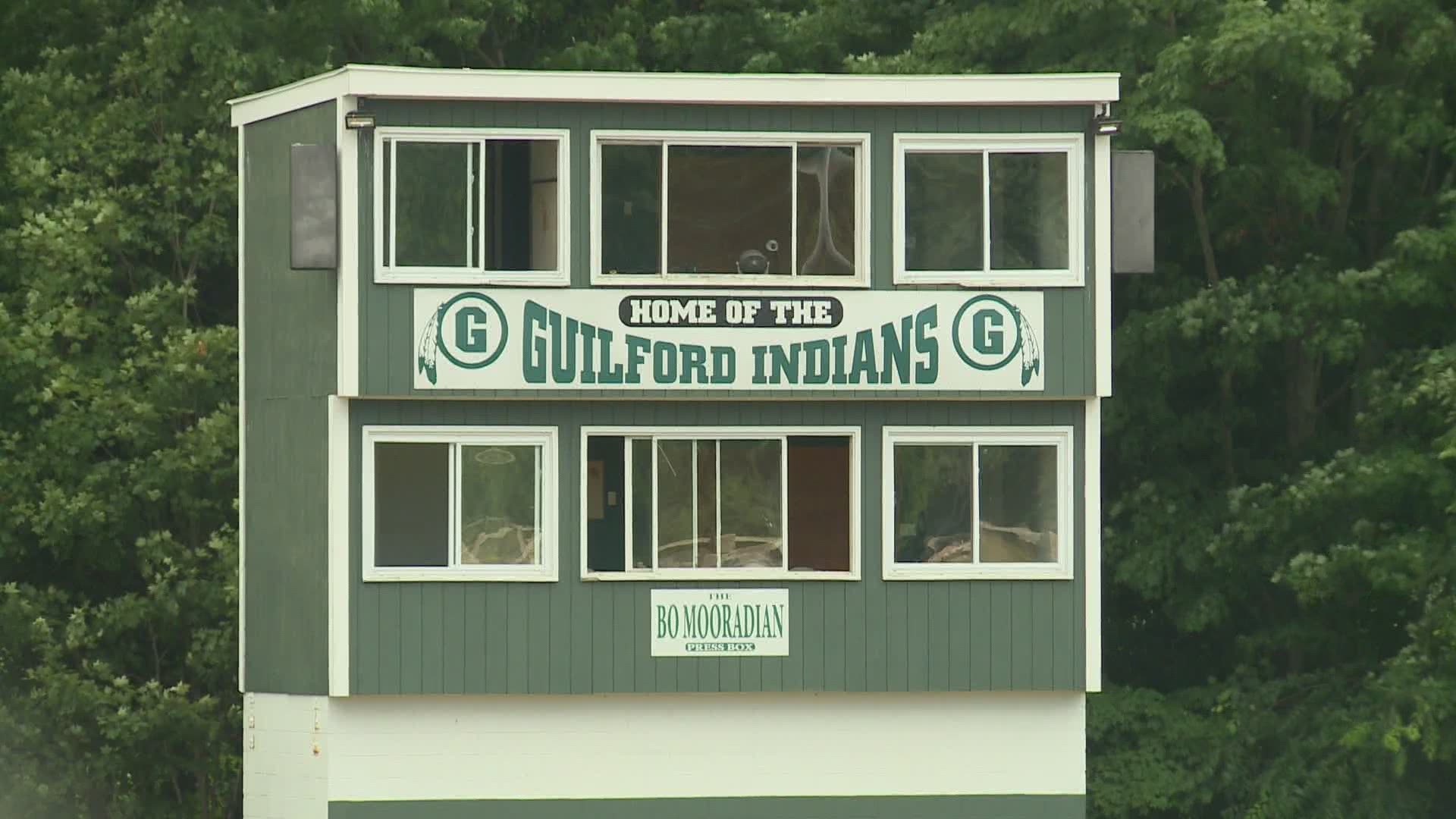 GUILFORD, Conn. — The Indian has been the nickname of Guilford High School for 70 years. After much debate in recent months, the Board of Education said it was time to find a new mascot that better unites the community and reflects the values that they teach their students.

"I believe this is only one step in the process and I do believe it’s a significant and symbolic step," said Superintendant of Schools Paul Freeman. "I recognize it will be an emotional step for many."

The decision from the Guilford Board of Education to remove the Indian mascot from Guilford Public Schools was unanimous.

"We must be an educational system that acts in a manner that values all people," said Board of Education Chair Kathleen Balestracci.

The board talked with local tribes and experts on the topic of race and culture last week. They also held a public forum for input on the nickname Thursday. The vote came from a recommendation from Freeman.

"This decision should have happened earlier and we should have made these moves sooner," said Freeman.

Guilford has historical ties to parts of the Quinnipiac people who inhabited the area in the 16th and the early 17th century. The school system long ago ditched an Indian head logo for the letter “G” with three feathers used by their athletic teams.

"We have a name and a symbol that individuals are refusing to wear on clothing," said Board Member Mary Best. "They are refusing to put out signs and they’re telling us that they are feeling uncomfortable."

The Mashantucket Pequout Tribal Nation sent a statement to the Guilford Public Schools to retire the Indian Mascot. They said as much as they understand that Indian mascots are intended to honor Native Americans, they don’t feel the sentiment.

“Native American’s are not mascots, nor should our cultures be misappropriated as such. Race or ethnic-themed mascots or school nicknames perpetuate the stereotypes and racism that harm Native and non-native students.”

RELATED: Eskimo Pies to be renamed after nearly a century

"Of course the school mascot is an important part of [high school] memories but those cherished memories aren't because of school mascot," Vice Chair Amy Sullivan

As for the new mascot? Superintendent Freeman would like the Principal of Guilford High School to form a comity of students, teachers and parents to help narrow down public submissions for a new mascot. He’d like the final vote to be done by the students.