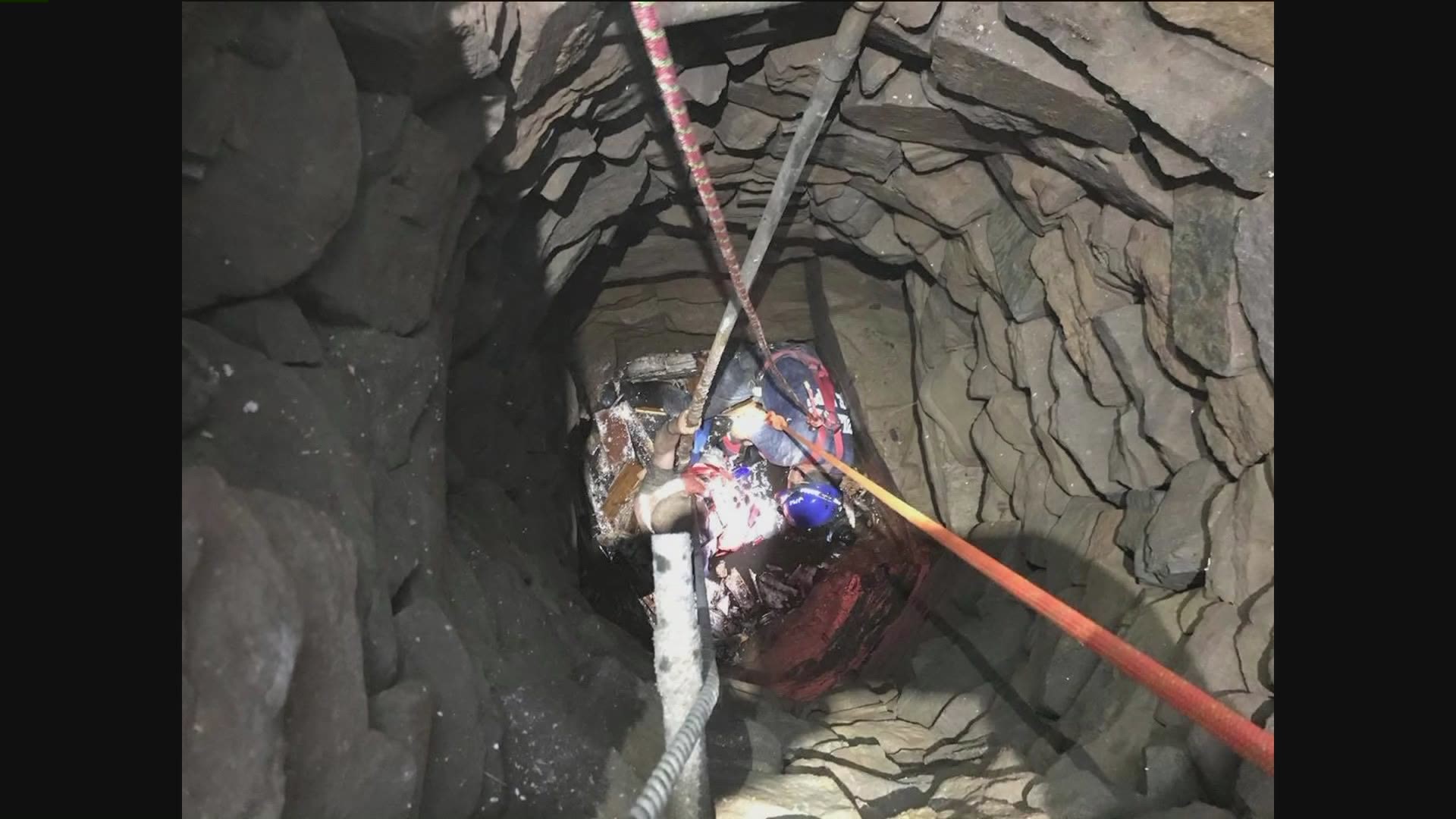 Yesterday was move-in day for a new tenant of a Guilford home built-in 1843.

"Chris and his lovely wife, Angie, were bringing over some furniture and I was pretty much done with everything," said Diane Martin of Guilford.

Or so she thought.

A friend was tasked with setting up a bed in a room in a room that's part of the house, which had been added on roughly 40 years ago.

"So,I hear a crack and I looked down and the floor is giving way underneath me and then I’m falling, and I’m falling," said Dr. Christopher Town, who fell into the home's well.

He fell 20-25 feet into the well because it was uncapped. And, with no sub-flooring installed beneath the home's hardwood flooring, nothing stopped his plunge.

"And I’m thinking, 'How the hell am I gonna get out of here,'" Town said with a smile.

Fortunately, his wife saw him disappear.

Originally, his wife thought he fell into a basement.

The water was roughly 7 feet deep.

"They quickly lowered a life jacket, a life safety rope, so that the gentleman could stay secured and not go under if you had anything medically going wrong," said Assistant Fire Chief Michael Shove of the Guilford Fire Department.

"The fire department was incredibly professional," Town noted. "They did a wonderful job and saved my life basically. It’s not a certainty that I would’ve died down there, but I was getting more and more hypothermic."

And, amazingly, he suffered only very minor injuries.

"The fire department temporarily made safe the well and the cistern area to make sure that nobody falls in it again," Shove said.

The Guilford Police posted this on their Facebook page:

Giant shout out to our amazing Guilford Fire Department for the unbelievable rescue of a Guilford resident who fell down a 20-30ft well.... in a house!!!!

Yup you read that correctly! The house was built in 1843 and this well was most likely outside at the time. There was a renovation and addition in 1981. At some point this well was covered with simple wood flooring and no subfloor or well cap.