A local company is leading the production and locals are being hired as extras. 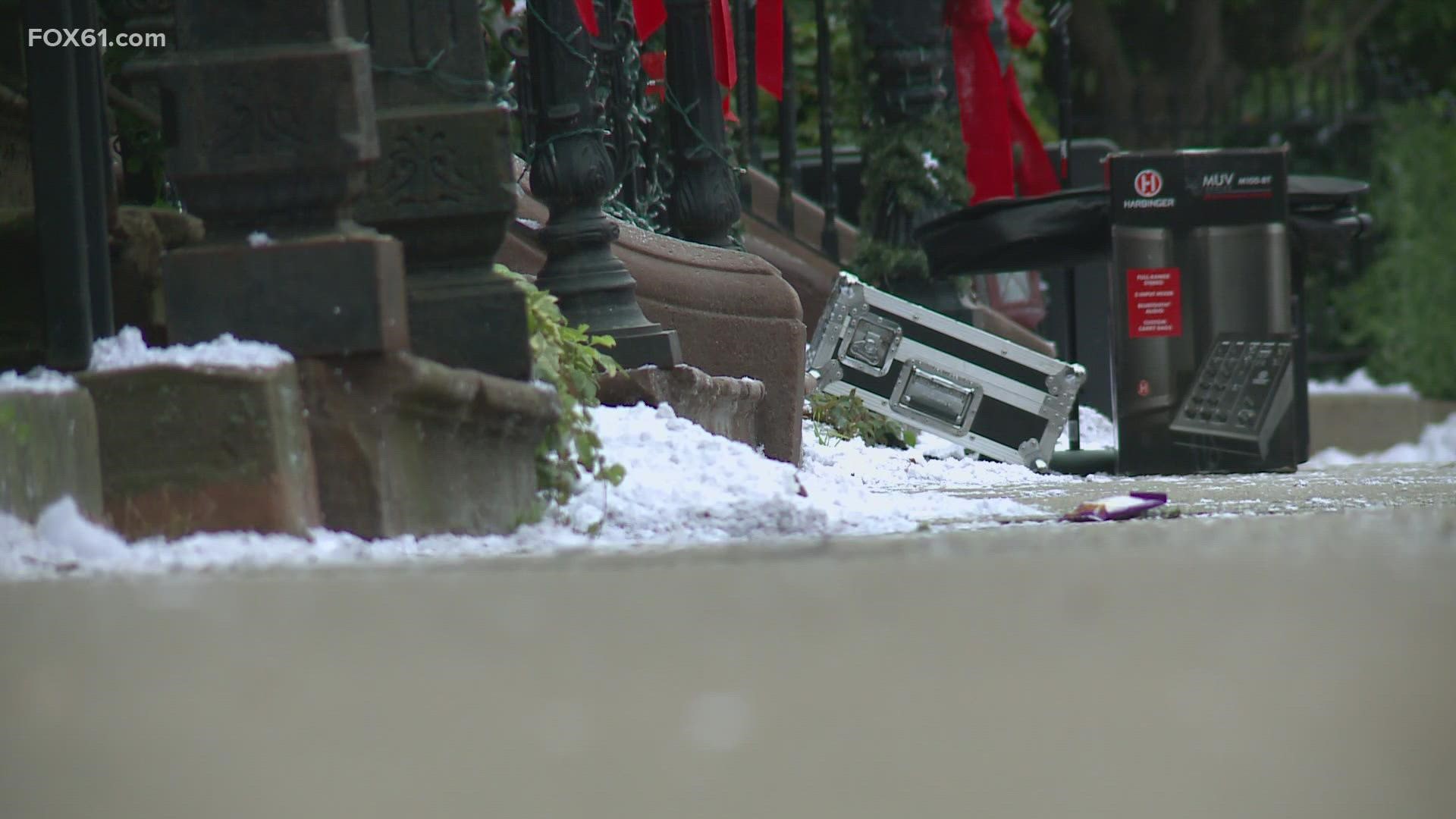 HARTFORD, Conn. — Christmas in September? That was the vibe Friday morning when a Hallmark Channel movie set took over Capitol Avenue in Hartford.

From Main Street to Hudson Street was closed early in the day as a local production company redesigned part of the street for the Hallmark Channel’s new film “Christmas in Harlem.”

Synthetic Cinema International, based in Rocky Hill, is leading the charge, while a separate casting company is hiring locals to serve as extras.

The connections don’t stop there. They’ve asked local businesses to use their props on the set. The owner of Scoops & Sprinkles ice cream truck will be in the movie, alongside his wife. His storefront is also in Rocky hill, just two doors down from the production company.

"They happened to reach out to us this summer about coming to some of the other movie sets to bring ice cream and for the hot days that were this summer," said Shane Aforismo, owner of Scoops & Sprinkles. "So, we started doing that, we've been to a lot of different sites this year. And then they asked us since we have a cart and they're doing this scene here in Hartford, that, 'would we like to be a part of it?' And we jumped right at it."

Viewers of the movie can also find a food truck from Woodfellas Pizza & Wings based in Stonington on set.

Hallmark sent letters to neighbors on Capitol Ave. prior to production that they would be using their home as a prop. It's something they're used to, given that the brownstone buildings are so popular. Their street has been on the national stage in other movies, too.

"This, you can see this block here, it could be many cities in the country. It could be Philadelphia, could be Boston, could be New York," said Peter Haggerty, who lives on Capitol Ave in Hartford.

The production company will be filming on Capitol Ave until Sunday, the 19th a noon. Because of the shoot, the street will be closed from Main Street to Hudson Street.