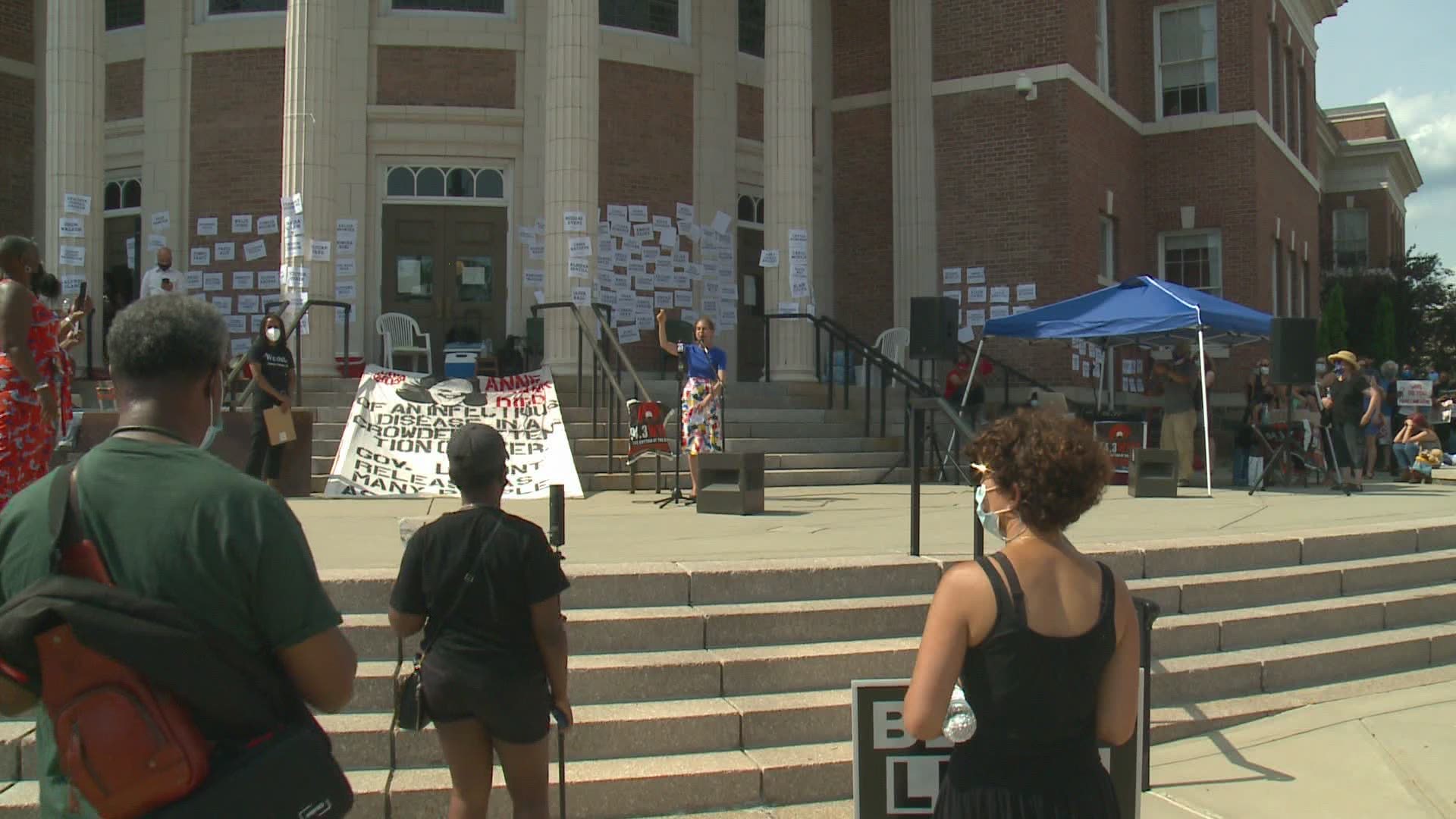 HAMDEN, Conn. — People rallied in front of the steps of Hamden Memorial Town Hall alongside elected officials urging everyone to vote ahead of the August and November election dates.

People who attended the rally are saying now is the time to take the energy from the protests in the streets to the steps on the capital to make a change in the state legislature.

Over 100-people gathered in front of the steps of Hamden’s town hall to fight for what they believe in. Activists and elected officials encouraging people to vote and participate in the census.

“It shows who we are black, brown, white, citizen or not,” said Lt. Gov. Susan Bysiewiscz, who was seen speaking to the crowd and says she looks forward to seeing a change in the state.

On Friday, the state house of representatives passed a highly debated police accountability and transparency bill that Lt. Gov. Bysiewiscz says is only the beginning saying the state still needs to tackle systemic racism.

“There is so much more to do so, so the police accountability bill on transparency is a good start, but we have a lot more to do,” said Lt. Gov. Bysiewiscz.

Thoughts echoed by State Representative Robyn Porter who was one of the members of the house to help pass the bill saying the bill came with some push back.

State Rep. Porter said, “We always hear from the officers about due process, well my question to the people in the state of Connecticut is where the new process for Malik Jones, where is the new process Ahmaud Aubrey, George Floyd, Tamir rice, Eric Gardner and the list goes on.”

The rally showcased more than just the Black Lives Matter message. It also educated people of culture by showing dances that have been passed down for generations

BREAKING: People are kneeling in front of Hamden’s town hall for 8 mins and 46 seconds to remember #GeorgeFloyd. Police are blocking off portions of the road to allow people to peacefully protest during today’s rally. @FOX61News pic.twitter.com/UKZgpFTvOF

People knelt in silence for over 8 minutes to remember the man whose death sparked a movement, George Floyd.

Medical students from Quinnipiac University also reminded people the state is still dealing with COVID-19 but says the country needs to fight two pandemics... the cronavirus and racism.

“We have to fight both at the same time because they’re feeding into each other and when this pandemic is all said and gone 30 years ago, racism is still going to be here it’s still going be a health priority, it’s still going be our priority for everyone,” said Whitney Nichols who is a Quinnipiac medical student.

People say their sights are now set on the police accountability bill that will be voted on Tuesday in the State Senate.