What is being done about the CT car break-in epidemic

Towns and cities across the state reported an uptick in these crimes in 2020 from the previous year. 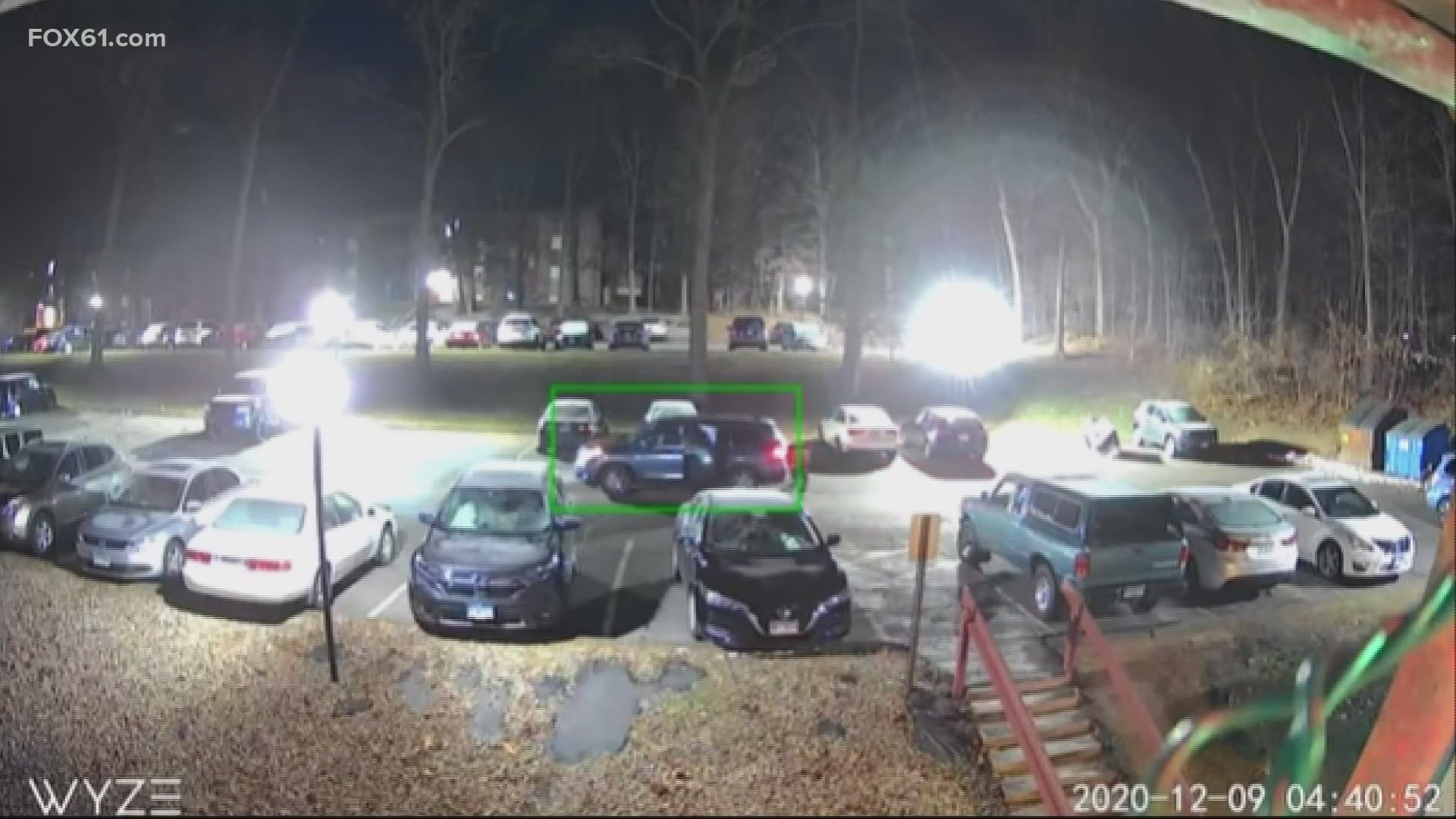 CONNECTICUT, USA — A Farmington family's car was stolen out of their driveway in broad daylight. More than 100 cars in Newington broken into in one night. In West Haven, two officers injured after a police cruiser was stolen. These are just some of the many incidents of car break-ins.

"It's happened to me once and I'm going to make sure it doesn't happen again," said Jamel Hamilton

Hamilton knows the story all too well. Forgetting to lock his car one night was all it took for thieves to take advantage, a violating feeling for the Hartford dad.

"You wonder like what type of person is sitting in this seat," said Hamilton. "It's just more frustrating like you know, the nerve of people to come on your property and actually go through your things."

He's not alone, towns and cities across the state reported an uptick in these crimes in 2020 from the previous year.

In Manchester, it was an approximately 111% increase in calls for break-ins.

Lieutenant Ryan Shea says one of the challenges they face when trying to make arrests is that even if they catch someone breaking in or stealing a car, and the suspect takes off, Connecticut law says police can't chase them.

"The statewide pursuit policy dictates that property crime is not a justification for pursuit," said Lt. Shea. "Now we as police officers understand that motor vehicle pursuits, create an inherent danger not only to the officer, the suspect, and the general public."

Shea continued by saying while it's not always clear who is behind the crimes, especially if an arrest isn't made, many times it is teenagers. His concern is that they know they won't be chased by police.

"I think that creates a frustration as the public sees it that we're not doing enough to stop these crimes," said Lt. Shea

Critics of changes to Connecticut's juvenile justice laws in recent years argue it's a factor driving the increase.

Ken Barone, project manager for the Institute of Regional and Municipal Policy at Central Connecticut State University, conducts research for the state on auto thefts. He says the issue isn't exclusive to our state.

"We're still seeing far fewer car thefts per capita across Connecticut than we're seeing nationally," said Barone. "We had the lowest number of motor vehicle thefts that we've seen in 35 years in 2019, well that was after we implemented juvenile justice reform."

Teenagers who are arrested for car break-ins and thefts can have their charges dismissed if they complete a diversionary program.

That program was a bipartisan effort created specifically to address this issue back in 2019. and offer services to the child to give them a chance at reform.

"To hold someone accountable I think is to make them aware of what they did, why it was wrong, how it impacted the person who they did it to, or who's the property they harmed, whatever that looks like and help them to move on and give them new skills they might not have had so that that mistake doesn't happen again," said Christina Quaranta,  the executive director, Connecticut of Juvenile Justice Alliance.

Lawmakers are once again taking a look at break-ins and thefts this legislative session though. Several bills have already been introduced. One by a group of Republicans proposes a tougher stance on repeat offenders.

"What we're trying to do is provide the court with more resources and options to identify truly what are the issues here that are allowing or having these juveniles go out and recommit these offenses," said Deputy Leader House Republican Rosa Rebimbas.

A proposal by a group of Democrats would focus on restorative justice and creating regional task forces.

In Berlin, Police are already doing something similar. They've created a community relations team that will work directly with residents through neighborhood watch groups and making the town as undesirable as possible for thieves.

"The eyes and ears out there are what will help us a lot because we only have a finite amount of officers but there are many more residents that can help us in the community," said Lt. Shawn Solek of the Berlin Police Department.

"We want to focus on the things that we can control. We think we at the police department can control the opportunity to commit crime," added Berlin Deputy Chief Chris Ciuci,

There are some things you can control as well like never leaving any valuables inside of the car overnight, remembering to always lock your car even if you're just going inside for a few minutes, or even getting a doorbell or security camera and if you have one, checking the footage.

Police say those extra steps make all the difference.

Hamilton says he's learned it too.

"Oh I make sure I lock it now, oh absolutely," said Hamilton.