The Hartford Police department will have $1 million cut from its budget and another million reallocated within the department. 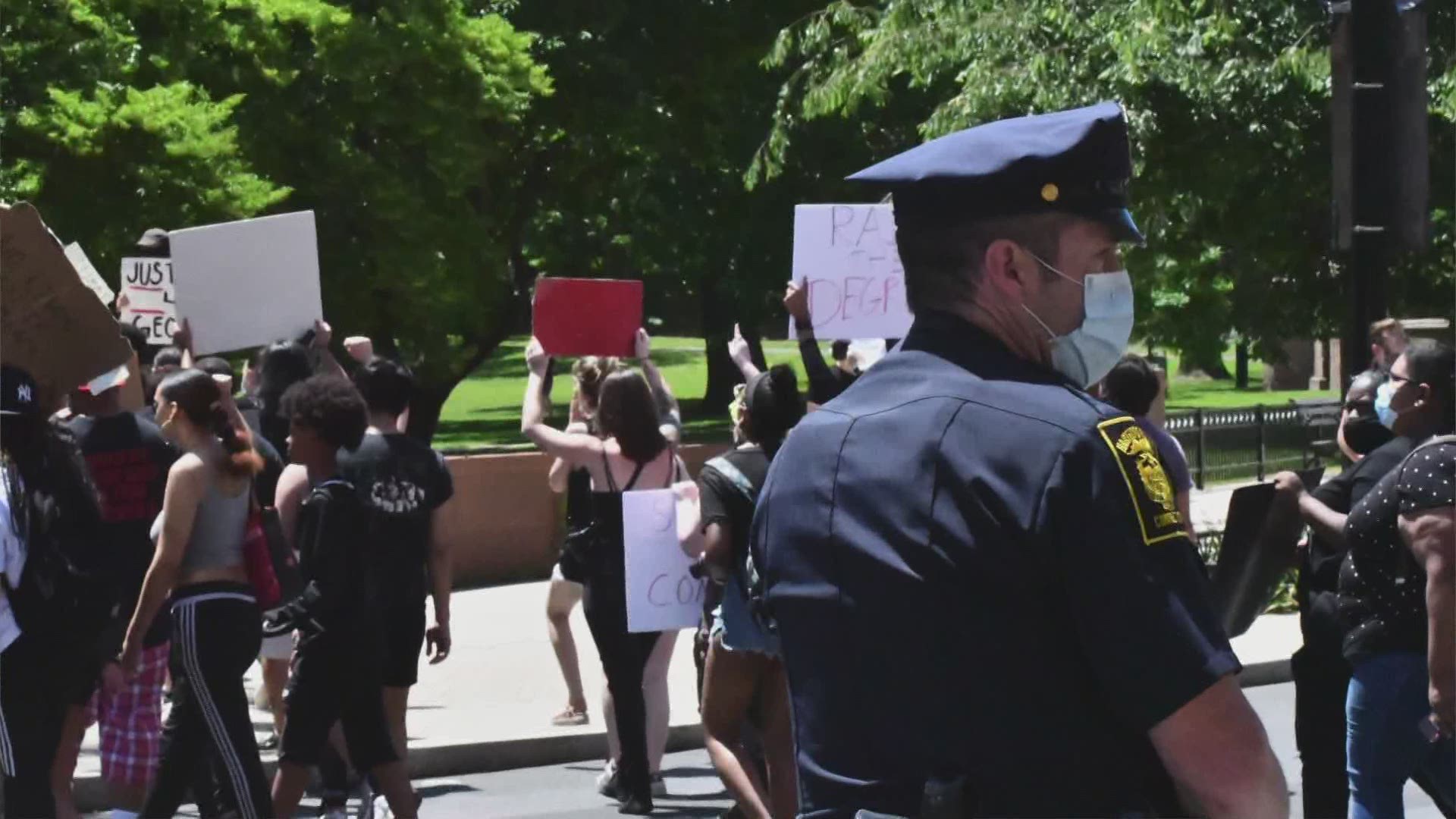 HARTFORD, Conn — The Hartford City Council voted to adopt a new budget on Monday evening. The general budget is now $567,758,310 with a majority of the money going to the Board of Education. The Hartford Public Library will receive $8,335,687, and the remaining 275,409,349 will go to City operations.

The Hartford Police department will have $1 million cut from its budget and another million reallocated within the department.

“We have fought hard for fiscal stability, and overall, this is another lean, disciplined budget that focuses on core services,” said Mayor Luke Bronin.  “I am grateful to the City Council for their careful deliberation over the last few weeks.  There has been a lot of attention on the Police Department’s budget, and our 6% combined reduction and reallocation is one of the most significant adjustments we’ve seen across the country.  While I disagree deeply with the calls to ‘abolish’ or drastically defund the police, we are committed to reform and reimagining policing, and that’s reflected in this budget.  In partnership with the City Council, we make significant investments in training, funded a permanent investigative staff for the Civilian Police Review Board, and protected funding for vital services for our most vulnerable residents.”

The $1 million cuts from HPD will go to other public services like more after-school and weekend recreational activities and professional staff for the Civilian Police Review Board. The department will reallocate the other million dollars to separate reallocation of $1 million within the Permanent Domestic Violence Team and the Community Walk-beat and Training.

Mayor Luke Bronin met with advocates Monday to discuss police reform within the capital city. Bronin recently has an impromptu meeting with some of the protestors in front of his Mayorial home Friday.

“We have had tens of thousands of people protest peacefully in Hartford calling for fundamental reforms to policing, and for bigger reforms to address the deep, longstanding disparities in our state and nation,” said Mayor Bronin.  “While it can be hard to have real conversations at a rally, today was an important opportunity to listen to some of the young people who are a part of that movement, to have serious, honest discussions, and to find common ground.  While I disagree deeply with the idea of abolishing or drastically defunding the police, it's clear from my meetings today and from many other conversations that there are a wide range of perspectives and priorities, even among those leading the protests in our community, and plenty of room for us to work together toward a common reform agenda.  The young people leading these protests care deeply, they have many good ideas and powerful experiences to share, and they are rightly pushing hard for change -- and those of us in elected office have to duty both to listen and to take action.  We will continue pushing forward with reforms in Hartford, like strengthening the Civilian Police Review Board, building a civilian crisis response team, and ensuring that Hartford is leading the way nationally when it comes to training, de-escalation, and accountability.  And I'll continue to talk with anyone and everyone who is interested in a serious discussion about how we can make our community safer, healthier, stronger and more equitable.”