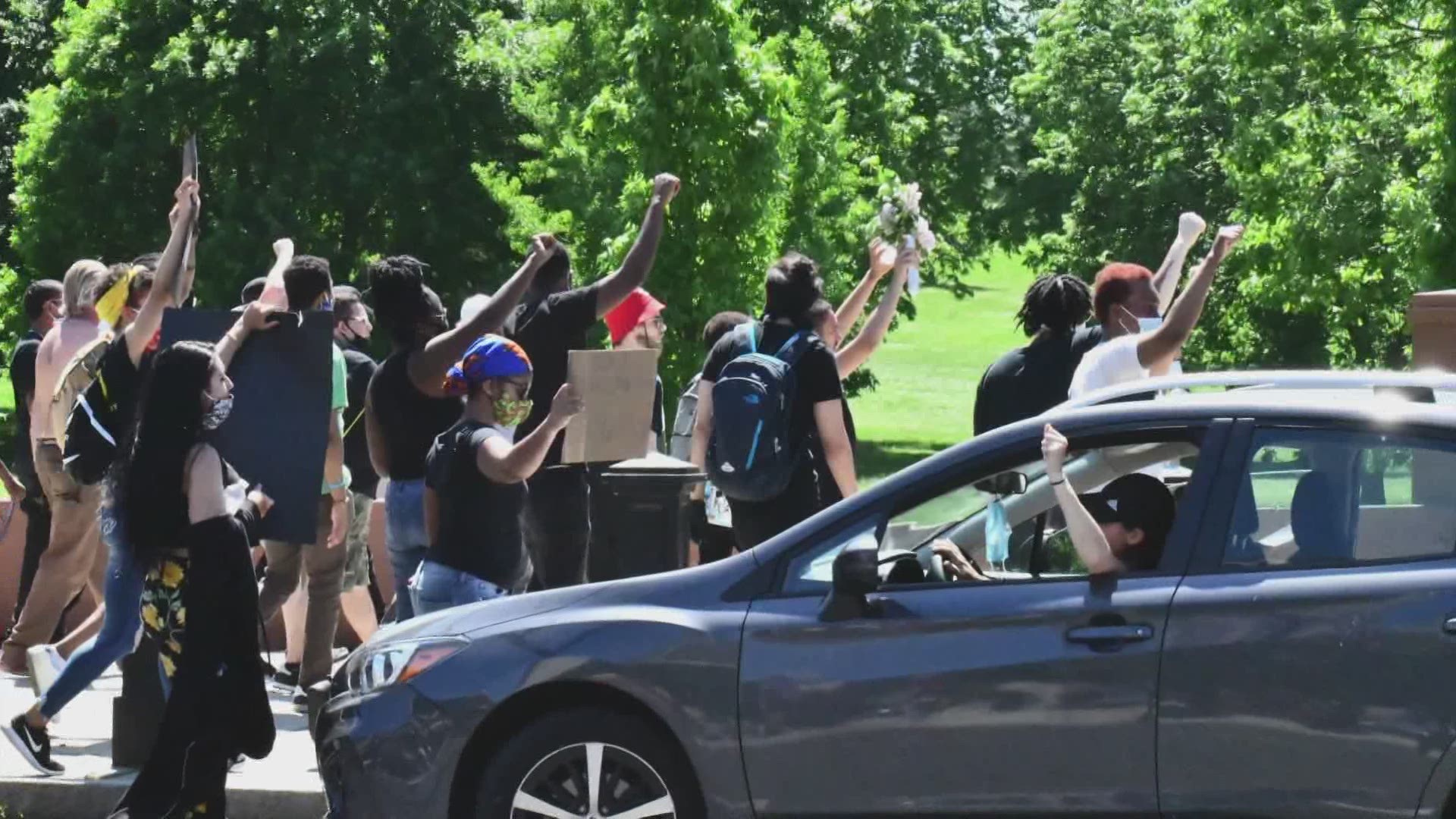 HARTFORD, Conn. — Protests were held Saturday in Hartford as people voice their frustration over the death of George Floyd. But, Hartford Mayor Luke Bronin said that there is more to the protests.

In an interview with FOX61 Monday morning, Mayor Bronin praised the protests as community members came out to have their voices heard, and said that there isn’t a place in America that doesn’t have more work to do when it comes to racial disparities. The recent COVID-19 outbreak helped to highlight that fact as statistics showed the virus affecting communities of color more.

Mayor Bronin went on to say that there are “two profoundly different Americas” and that these protests aren’t only just about the death of George Floyd, but other injustices as well. Mayor Bronin stated that Connecticut can’t say that injustices only exist in other places while some of the biggest disparities are in this state.

In terms of the relationship the Hartford Police have with the community, Mayor Bronin said that while they have made progress, there’s always still more they can do to mitigate any troubling incidents and to build a culture they want to see in their police department.

Mayor Bronin had released a statement over the weekend regarding the protests:

“Today we saw a large, powerful, and peaceful protest in our city, with most attendees wearing face coverings while making their voices heard.  Like our community, I am sickened by the murder of George Floyd, the murder of Ahmaud Arbery and the senseless killing of Breonna Taylor, and by the feeling that our country still falls so far short of what we’re supposed to be.  We‘re thankful to everyone who came out today to peacefully, but powerfully, say enough is enough, and speak out against injustices that should make every American angry.”

RELATED: 'There is simply no excuse' | Hartford police chief responds to the death of George Floyd

"As a career member of law enforcement, I am horrified by what I saw on that video," Thody tweeted.

The chief continued by saying there was 'simply no excuse' for the behavior displayed by the responding officers.

"As police officers, we must remember our primary responsibility is public safety and the preservation of life. When someone that wears a badge goes against those principles, the damage is immeasurable and far reaching," Thody said.

Floyd was in handcuffs and became unconscious. He was later pronounced dead.

Chauvin has since been arrested and charged with third degree murder and manslaughter.