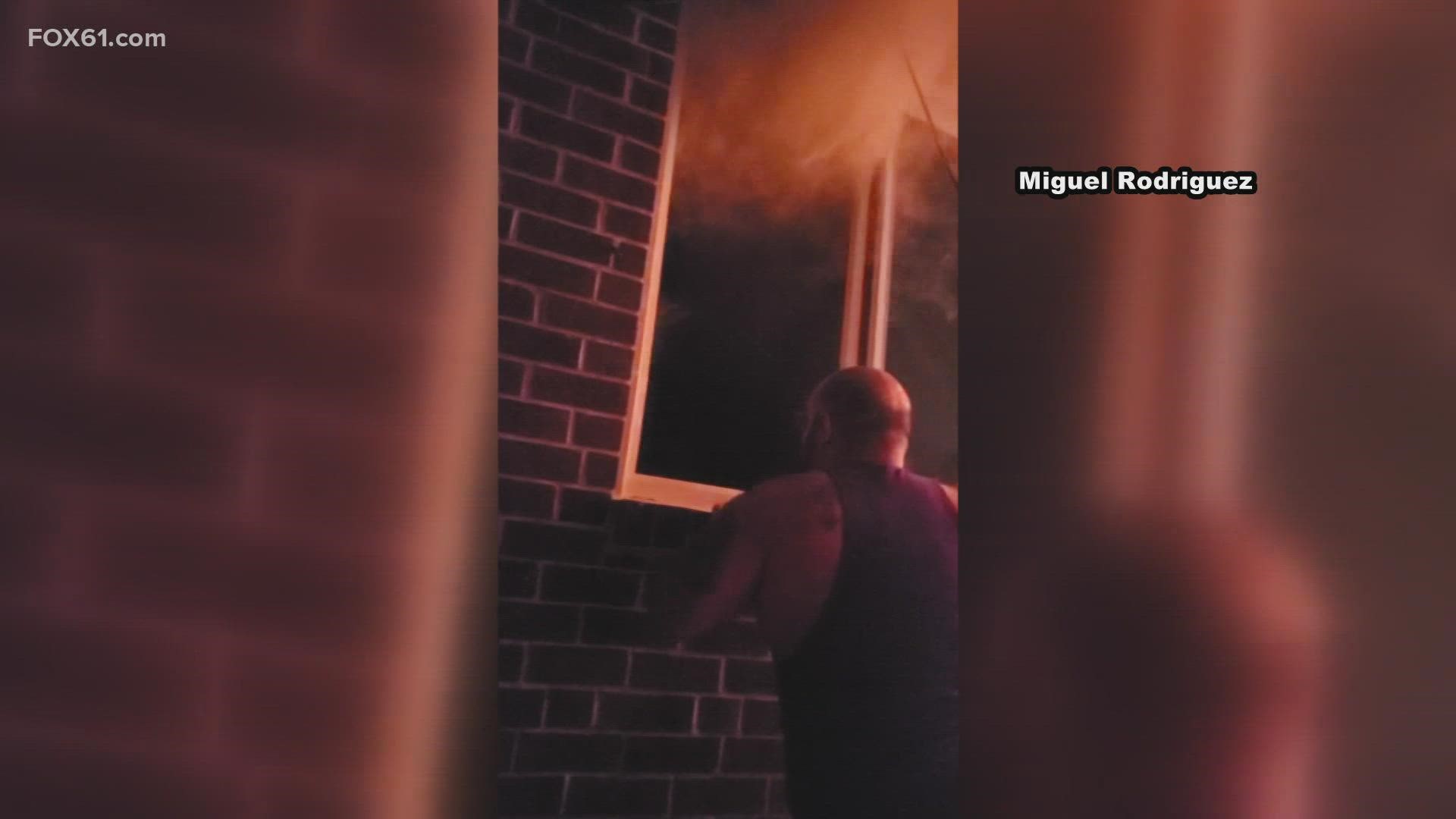 HARTFORD, Conn. — Miguel Rodriguez and his wife, Ivette Torres, were getting home from grocery shopping Sunday night, when they smelled smoke.  Following the scent, they found an apartment building, 820 Wethersfield Avenue, on fire.  The couple raced to help, calling into windows, while shooting the flames on a cell phone. At one point, they encountered an open window.

"I threw myself through the window, not completely because the smoke was just too heavy, but I shook the bed to make sure no one was on the bed," said Rodriguez. Moments later, they spotted an older man leaning out of another window. Video shows Miguel yelling to the man, "I got you, I promise I'm not going to let you fall you've got to put your feet out first."  Miguel didn't hesitate, knowing what he needed to do, "catch him, catch him, get him out of there," said Miguel.

Miguel and Ivette were among others who jumped into action Sunday to get people to safety, and it's not the first time this building has caught fire. Back in 2019, 10 people were injured and several also had to be rescued. Fire officials said at the time that fire was set on purpose.  Miguel had been there too, when flames erupted as well.

"It was pretty much deja vu, it literally brought me back to two years ago when, when me and the gentlemen from the metal industry started catching kids out of a window," said Miguel.

The older man they helped was fine and was reunited later with his daughter. Fire officials say four people were taken to the hospital. As of now, Hartford Fire Officials are investigating what caused this weekend's fire. 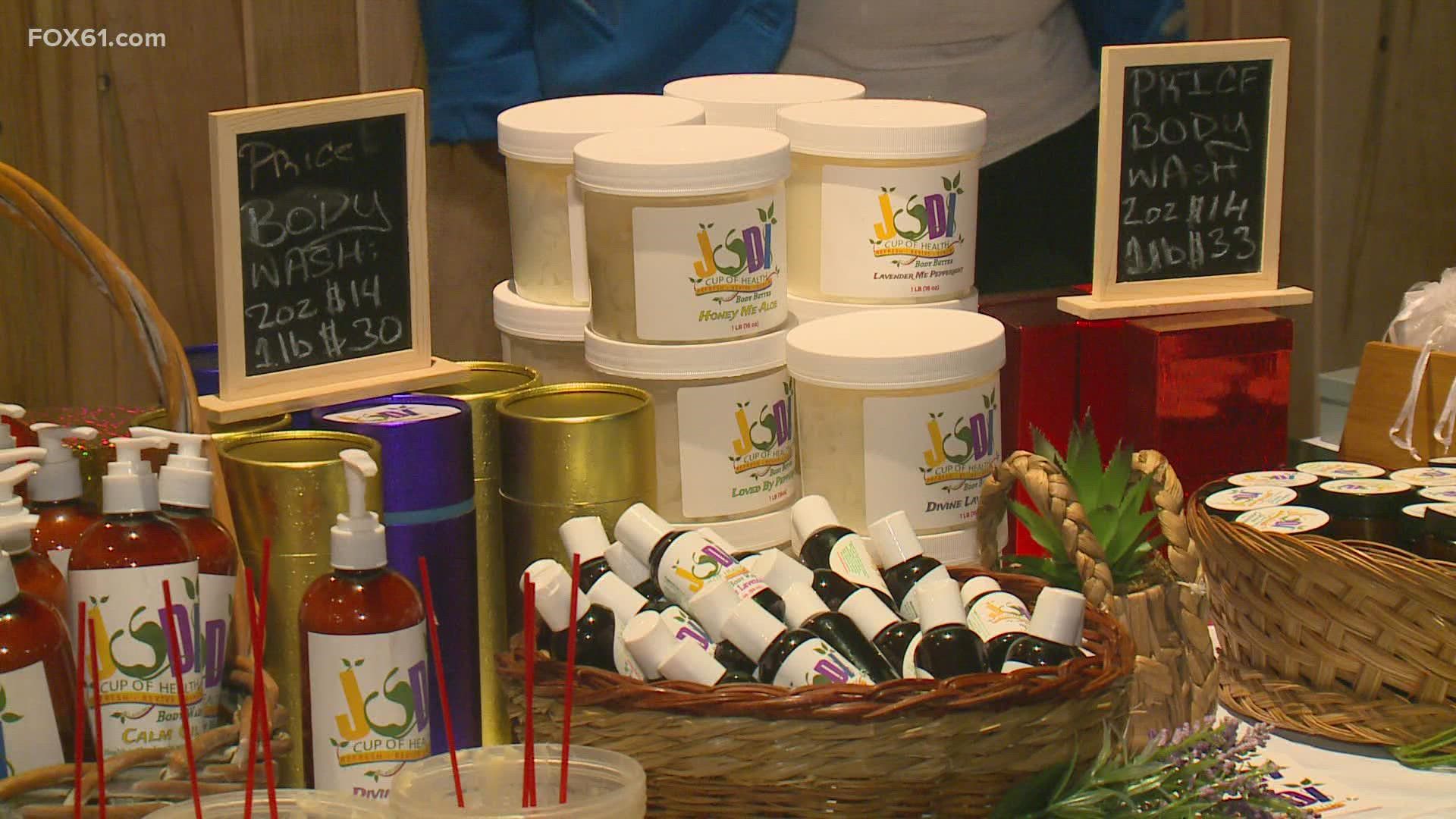