Firefighters were seen using a ladder truck to rescue a person from the third floor of a Bond Street apartment building as it burned. 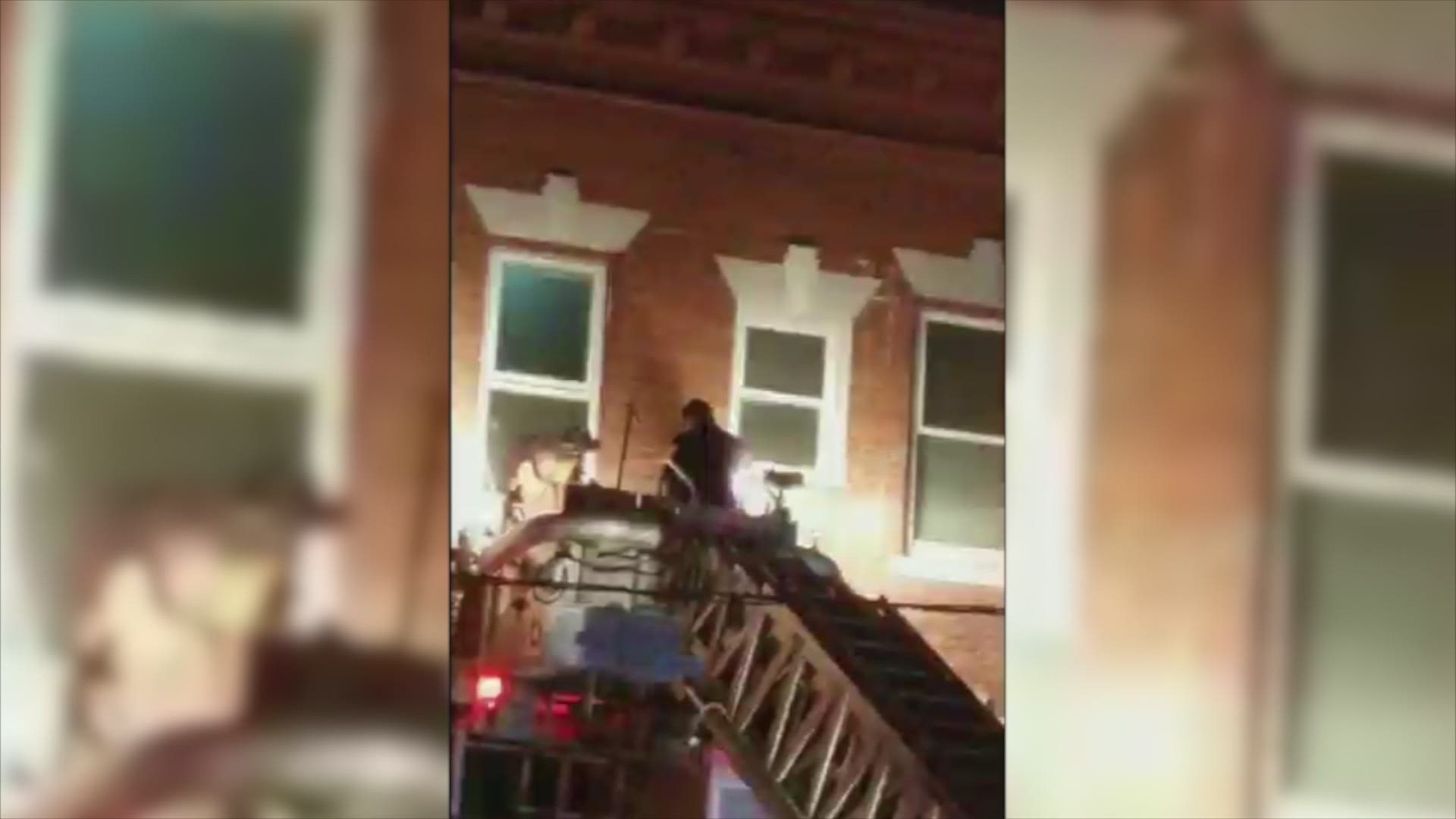 At this time it's unclear what started the fire, and the Fire Marshal is investigating.

Officials say 17 people (including four children) were displaced from the building. The American Red Cross is assisting those families.

There was no word on any injuries.