During a day of somber reflection and passionate revolution, people told FOX61 that we are on the cusp of a revolution and a moment in history. 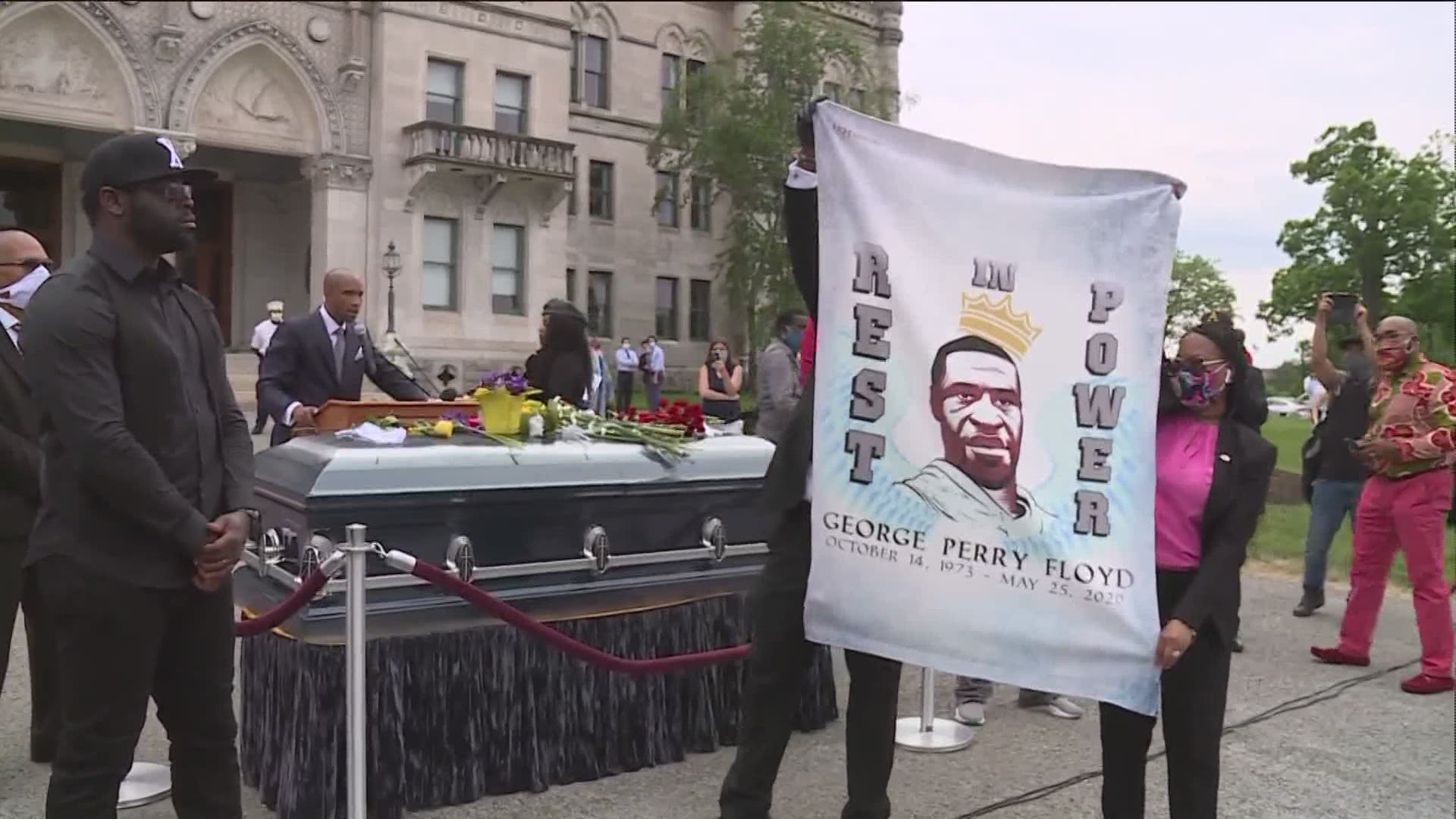 HARTFORD, Conn — Hundreds in Hartford eulogized the life of George Floyd while also demanding change and equality. The energy on the North steps on the capital was palpable.

People told FOX61 that we are on the cusp of a revolution and a moment in history.

They say their tired of seeing the same movie play over and over and they vow to change the ending.

You heard the passion in their prayer and felt the pain in their words at a time when words are hardly enough.

From Windsor to Hartford, it was a caravan of purpose and a procession of peace. 200 vehicles circled the Capitol in a protective ring, as an empty casket, a symbol of not just George Floyd, but the spirit of all black and brown lives taken at the hands of injustice lay in repose.

“We stand here because too many mothers. Too many daughters, too many sons, too many friends and too many lovers laying in boxes dead when they should have been in the houses," said Melinda Johnson of the YWCA of Greater Hartford:

There was a laying of flowers and a reading of the all the names of black and brown men and women whose lives were unjustly taken.

Then, the advocacy groups joining in collaboration with law enforcement for a touching moment -- officers taking a knee.

“Black folks and black children and black women should not be dying in our streets and in our country. In our city, in our state. Will you please take a knee for us if you agree. Let’s go! Let’s go!" yelled Pastor AJ Johnson to the crowd.

And even at a time when the virus is hitting the black community the hardest. They want people to remember what they call the original pandemic.

“Before we were gasping for air because our lungs couldn’t inhale because of this virus, racism was choking us," said Melinda Johnson of the YWCA of Greater Hartford.

And as the funeral came to a close a blanket was unfurled bearing the likeness of George Floyd and the words, "rest in power."

That blanket is meant as grieving tool. Organizers tell me it will be sent directly to the Floyd Family.