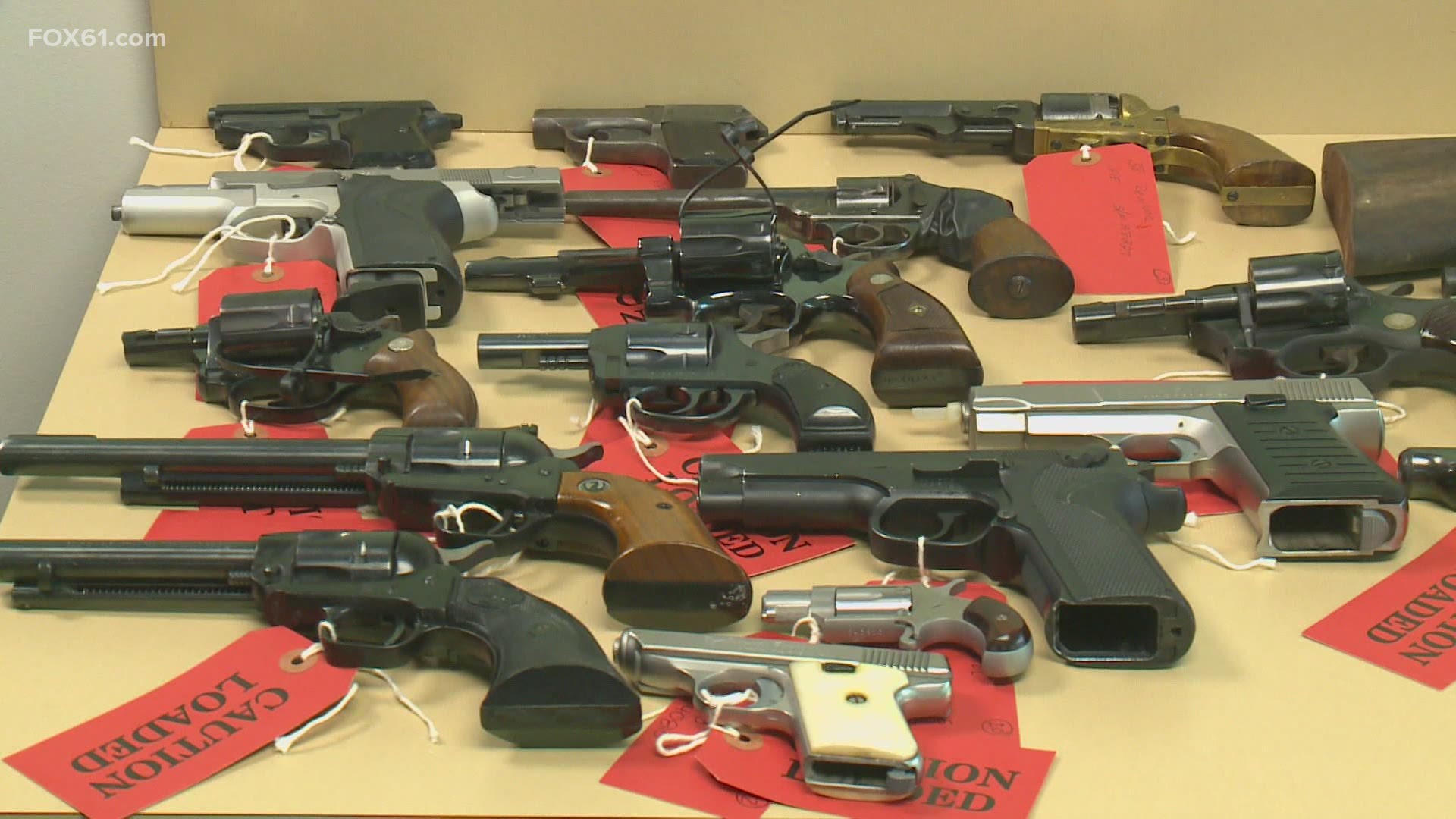 HARTFORD, Conn — The city of Hartford is hoping to reduce the number of guns on the street after 18 homicides so far this year, hosting a Neighborhood Gun Buyback Program.

The Hartford Police Department hosted a gun buyback event Saturday to help get unwanted guns off the streets. The event took place at Johnson Stewart Community Center on Martin Street. People were able to turn in guns anonymously and get a gift card to Stop & Shop ranging from $50 - $250 for a working gun.

Dave Blanchette and his wife happily delivered guns they recently acquired to Hartford police saying, "We brought three firearms that we found in a house when we were cleaning it out for a friend of ours whose mom passed away. We found these firearms and did not know what to do with them. Wanted to do the right thing, so my wife went online and she found this gun buy back program."

The police collected 59 guns during the event on Saturday including 41 handguns, 8 rifles, 9 shotguns and 1 SKS assault rifle. Hartford police say it's one way to make sure the guns don't get into the wrong hands.

Sergeant Chris Mastroianni from the Hartford Police Department says, "This is just one of the many things we're doing to curb gun violence and some of these guns that sit around for years in people's houses end up in burglaries, end up in kids hands. So it's just one of many things we're trying to pull firearms that are out there and can get in the hands of people that shouldn't have them."

All 59 guns collected at Saturday's event will be destroyed.