Protesters marched to the Mayor's home across from Bushnell Park to call for him to speak. He answered from his front stoop. 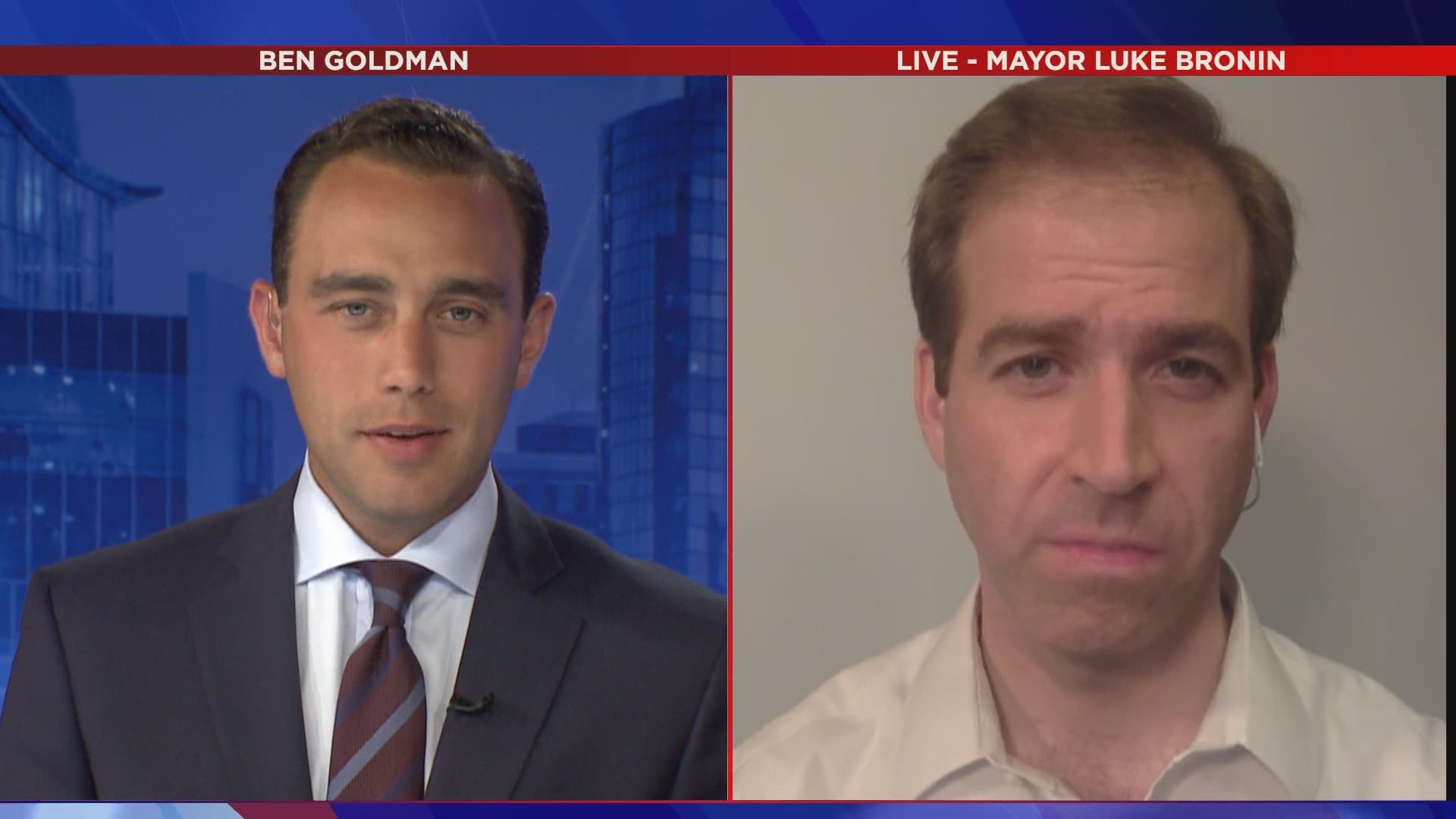 HARTFORD, Conn. — An estimated 4,000 people stood on the North steps of the capital. They wouldn't call the event a rally but rather a movement. The speakers were raw, powerful, and spoke from experience. Their frustrations and anger with the system were taken to the streets and right to the front door of Mayor Luke Bronin.

Protesters marched to the Mayor's home across from Bushnell Park to call for him to speak. He answered from his front stoop.

"I respect every voice out here and I respect where it comes from," said Mayor Bronin.

Mayor Bronin spoke for an hour to the crowd but was met with mostly jeers. The Mayor was quickly met with harsh boos when he disagreed with disbanding the police.

"We over here trying to ask for change and he is making up all kinds of excuses," said Sean Woke. "I'm tired. Our people are dying."

The Mayor promised to meet with the organizers of Black America Undivided Monday to further discuss the change they would like to see for the city.

"Just because we are black does not make us a weapon or a sign of mass destruction," said Tre Brown.

Some of the crowd left the Mayor's in frustration and marched back to the Capital where the day all began where speakers like 90-year-old Joe Ward spoke from experience. He marched with Dr. Martin Luther King Jr. to bring about a better tomorrow.

"I did that because I wanted to see this day," said Ward.

Ward thanked the young people of this movent for driving it forward. He said to continue to enact change people need to vote, keep fighting, and if you see a racist act do something about it.

The "young people' he spoke to then led the conversation through the streets. They marched from the Capital to the Police Department before marching down Main street to City Hall. They spoke under a "Black Lives Matter" flag hanging from the balcony.

"We're not just walking out here for no reason," said Devin Mein. "We're walking for a purpose."

"It is a struggle to even think that we have to raise our kids in a society that doesn't value black lives," said Nikeisha Vazquez.

Demonstrators talked about unity and power in numbers, there can bring a brighter future to Hartford.