6 shot, one killed at large warehouse gathering in Hartford

Police have identified the man who was killed 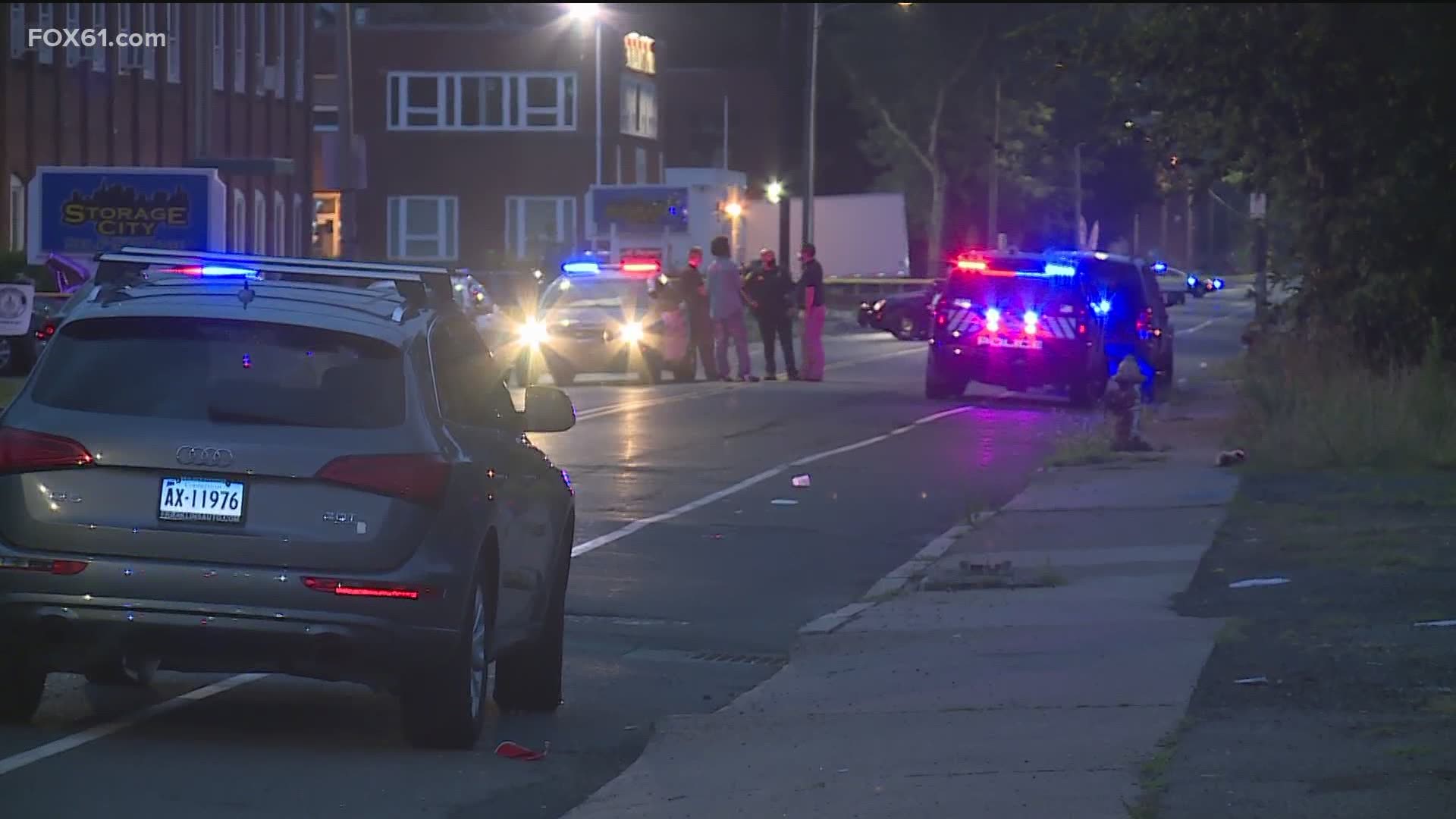 HARTFORD, Conn. — Police say one person is dead after a shooting overnight in Hartford.

According to police, there was a large gathering of people at the warehouse located at 818 Windsor Street in the city's north end.

Police said Kennedy Burgess, 28, of Hartford died from his wounds.

Police said six people were shot including Burgess, who was pronounced dead just after 2 a.m.

At this time there is no word on any suspects or the condition of the other victims.

According to police, "At approximately 1:28a.m., patrol officers were dispatchedto the area of Boce Barlow Way/Windsor Street on multiple reports of shots fired. While en route, several victims began to arrive at St. Francis Hospital & CCMC. A critically injured male victim was located inside of 818C Windsor Street. He was transported to Hartford Hospital and succumbed to his injuries. In total, three (3) adult males, and three (3) adult females were struck by gunfire. The HPD Major Crimes and Crime Scene Division responded and assumed control of the investigation. It was determined that the location of incident was an unsanctioned “nightclub” and was occupied with up to fifty (50) people at the time of incident. The location is within a large warehouse that is subdivided into smaller units."

Police are also investigating another shooting that wounded three people in the north end Monday night. The shooting occurred in the area of Tower Avenue and Greenwich Street near Keney Park. Police said the shooting does not have any connection to the homicide on Windsor Street.

‪Breaking: The @HartfordPolice have a search warrant for warehouse building off Windsor Street following deadly shooting. Our Keith McGilvery is there.

Breaking: one man is dead, a total of six shot in Hartford along Windsor Street. Our @KeithMcGilvery is live.