Arrest made in connection with the deadly Hartford nightclub shooting

Police identified the victim of the shooting as a 28-year-old man. 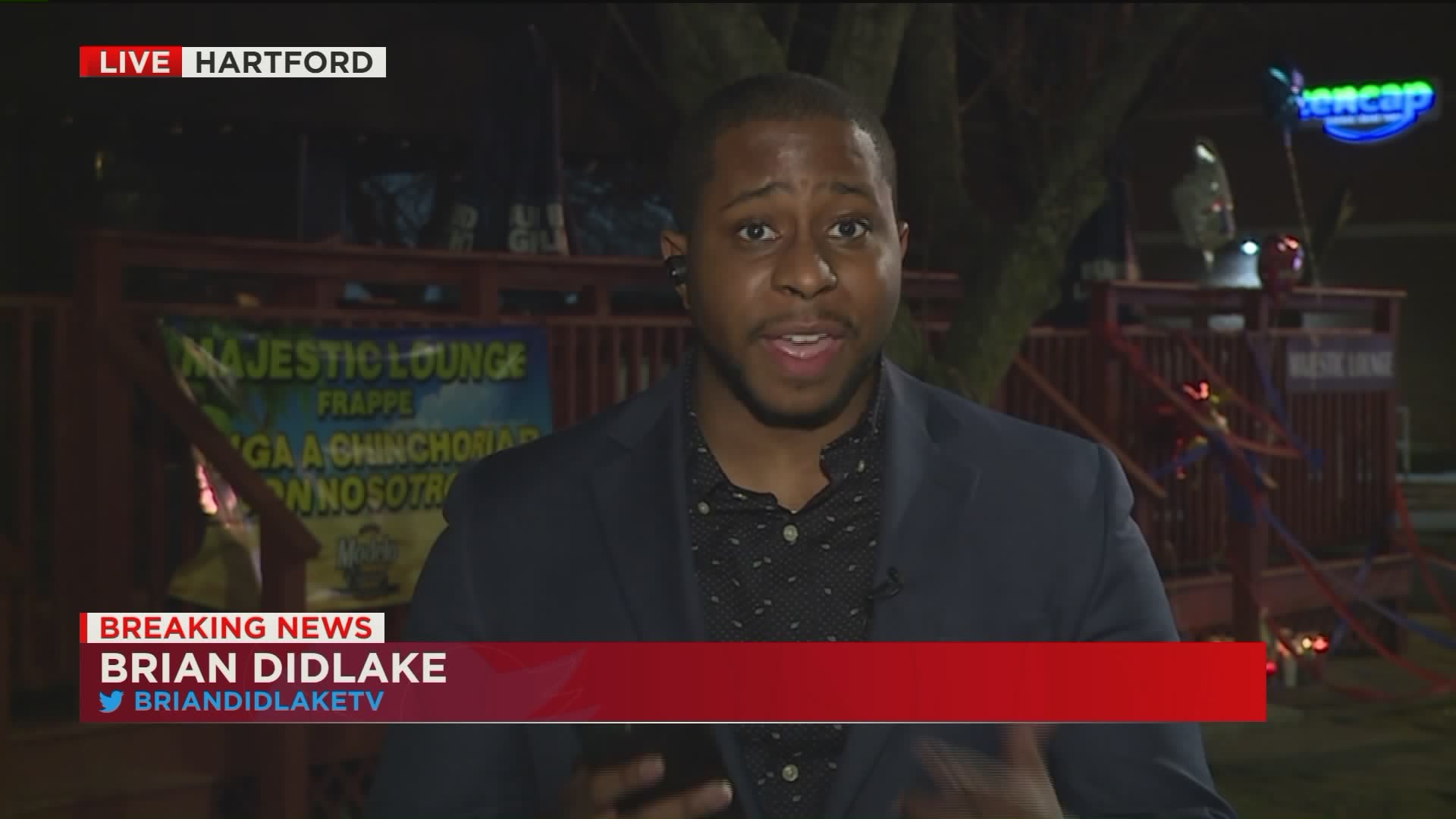 Hartford Police are still looking for the gunman.

A mother was just feet away from the shooter – she says she feels lucky she and her daughters are alive.

“I’m still like…ugh,” Maria Berrios said, still clearly shaken in remembering what she experienced early Sunday morning. “Just having my daughters there really made it worse.”

Maria Berrios was with her three daughters celebrating her 22-year-old, Hazel’s, birthday moments before someone started shooting at the Majestic Lounge on Franklin Avenue in Hartford.

“As soon as me and my daughters took the first step to go out the front door, we heard the gunshots inside,” says Berrios, a Manchester resident.

She feels heartbroken for the family of 28-year-old Marquis Treadwell, who was killed in the shooting, as well as the four other people injured. But, she feels lucky she and her daughters were able to escape safely.

“It’s like the Lord was waiting for us to get out of the club,” says Berrios.

This is the third shooting since October at the club. Two shootings in October and a stabbing happened outside. Since then, Hartford police have been showing up to the club at around one in the morning just before the bar shuts down for the night.

“People, unfortunately, have disregard for life and disregard for the law,” says Reggie Lenon, who has lived above the club for the past 10 years. Despite having security guards at the entrance and security cameras inside, Lenon says it’s gotten more violent recently.

On Sunday morning, Hartford police being there was potentially lifesaving.

“One of the individuals was shot, I believe up to nine times,” says Lieutenant Paul Cicero of the Hartford Police Department. “They rendered medical aid to her. They tried to stop the bleeding as best they could. They provided oxygen and they were there with her and the other individuals as well until the arrival of ambulances. So, it was definitely crucial for them to be there.”

After Sunday morning’s shooting at the Majestic Lounge, Hartford Police are calling for stricter security measures. The city is imposing an ordinance numbered 29-17. The ordinance requires establishments to hire police personnel to stand in and outside of the establishment while it’s open. It is the only club in Hartford to currently have the ordinance imposed. The lounge won’t be able to open until the owner abides by the city ordinance and hires extra Hartford Police officers to be at the club when it’s open.

A vigil will be held for Marquis Treadwell on Tuesday, February 18, at 6 p.m. at the club.

An arrest was made in connection with the shooting Monday night. Police identified Joshua Saez as the suspect. He is currently at the hospital and was placed on a $1.75 million bond.

Saez is facing various charges including murder and criminal possession of a fire arm. Police said he was also struck by gunfire and crashed his car on the area of Franklin Avenue and Maple Avenue. Police are investigating who shot Saez.