HARTFORD – A Hartford police officer is going above and beyond the call of duty making it his mission to take community policing to new heights. Between his nor... 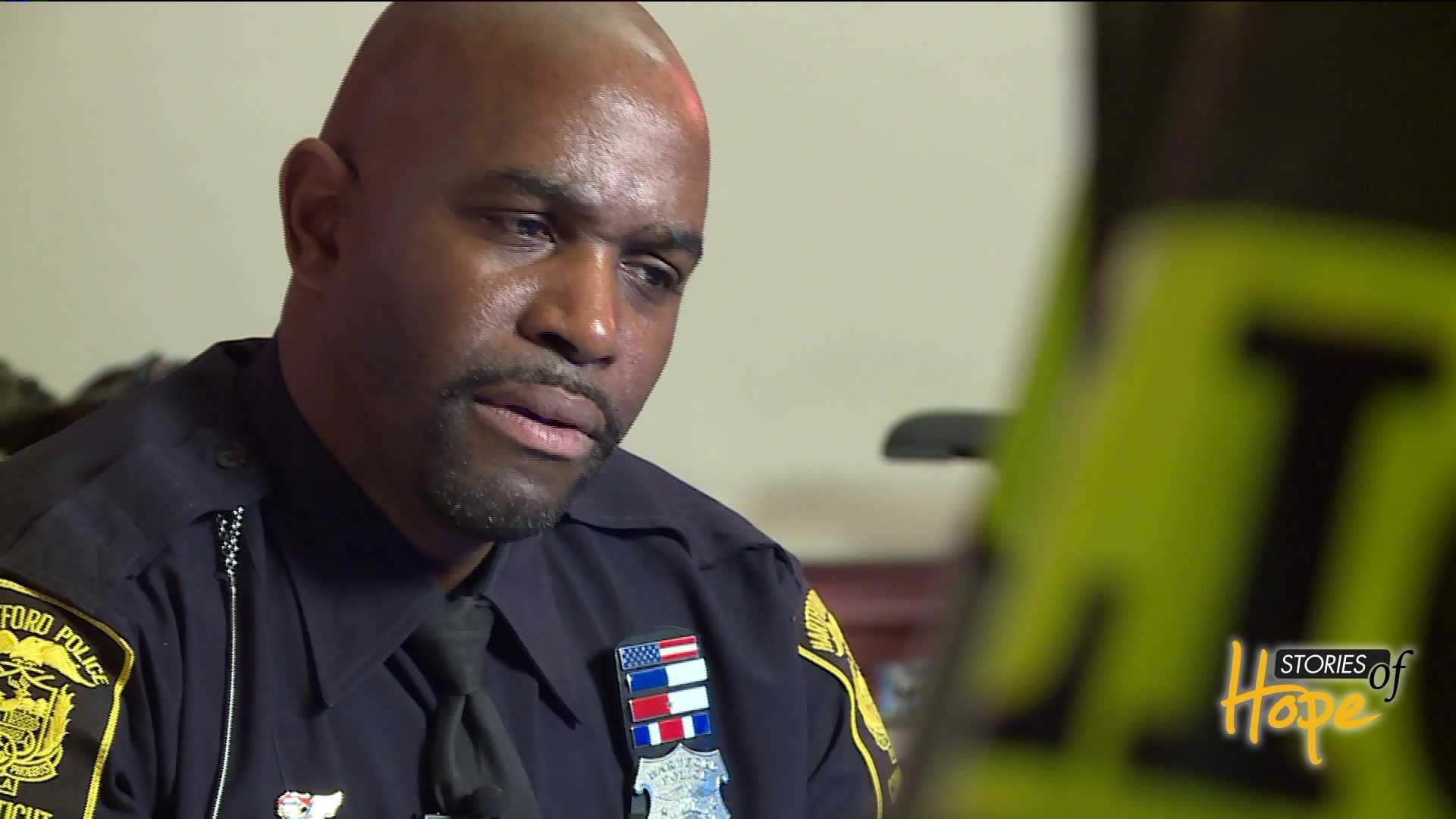 HARTFORD – A Hartford police officer is going above and beyond the call of duty making it his mission to take community policing to new heights. Between his normal police calls and day-to-day duties, Officer Jim Barrett is dedicated to helping the homeless.

He can be spotted outside Hartford City Hall and the Hartford Public Library putting a smile on people’s faces and helping people get back on their feet. It started when Officer Barrett met a man named Joseph Edwards in the cold wearing flip flops.

“I started talking to him, he found out I served in the military a couple years and he just he looked at my feet and told me he was gonna change it,” Edwards said.

Within days, Officer Barrett had purchased a pair of shoes for Edwards which inspired the launch of a program, Footwear with Care. Since launching the program in 2016, the organization has provided more than a thousand pairs of shoes and boots to Hartford’s homeless.

“I found out that a uniform doesn’t make a person, the person makes the uniform and it has made a total difference in my life,” Edwards said.

The interaction with Edwards was the start of turning Officer Barrett’s city hall office into a revolving door.

“I’ve been suffering from depression all my life, I’m 65, and they’ve had me on every kind of pill you can imagine, but just talking to that man was better than any pill,” Justin Jeremia Sweetwater of Hartford said. “He’s our ambassador, he represents more than just a uniform, he represents the people,”

Whether it’s helping someone find a job, get help for an addiction, or get day-to-day essentials, Officer Barrett reaches out that helping hand.

“It’s like a safe haven for them in city hall, whatever your needs are I’ll address them and if I don’t have the resources, I’ll make certain phone contacts to obtain them,” he said. “A lot of these guys lost hope of believing in themselves and once you start seeing them spark a light or some energy, they’re like, I can do this, I can get out of my situation and be successful in life.”

He said the motivation for helping the homeless is the reward of seeing them succeed.

“Once I start seeing the progress I’m not letting them go, I’m on them, I’m gonna be riding them to the very end till they succeed,” he said. “All I request from them is pay it forward, once you achieve your goals and get yourself set up, if you see someone that’s in need that was in your situation, help them to get ahead.”

Officer Barrett served in the United States Army for 21 years where he was deployed to Iraq and Bosnia. He also helped train soldiers in Germany.

“When I got deployed back on ‘07 overseas, I made a pact to my neighborhood Asylum Hill that when I come back I’ll take care of them,” he said. “In my mind it motivated me to give all I got if I come back or when I come back.”

He spent seven years working with the Department of Corrections and has been serving as a Hartford Police Officer for 14 years. In March, the Police Commissioners Association of Connecticut awarded him for going above and beyond the call of duty.

“Any one of us can be homeless, any one of us could be in that same situation real quick and a lot of people forget that,” Officer Barrett said.

Footwear with Care is a program of Community Partners in Action with the Hartford Police Department, Fleet Feet of West Hartford and Connecticut Podiatric Medical Association.

Community Partners in Action provides Officer Barrett with items for the homeless such as food, socks and underwear. The group also works with Officer Barrett to connect those in need to other services.

For more information on how you can help contact: Program Manager Deborah Barrows, DBarrows@cpa-ct.org.

Another organization which helps Officer Barrett gather goods for the homeless is Church Army, USA. You can reach out to Dorathy Smolkis at dorathysmolkis@churcharmy.org, if you want to help.