More than two weeks after the storm, some people in Hartford are concerned about a tree that has been leaning over ever since. 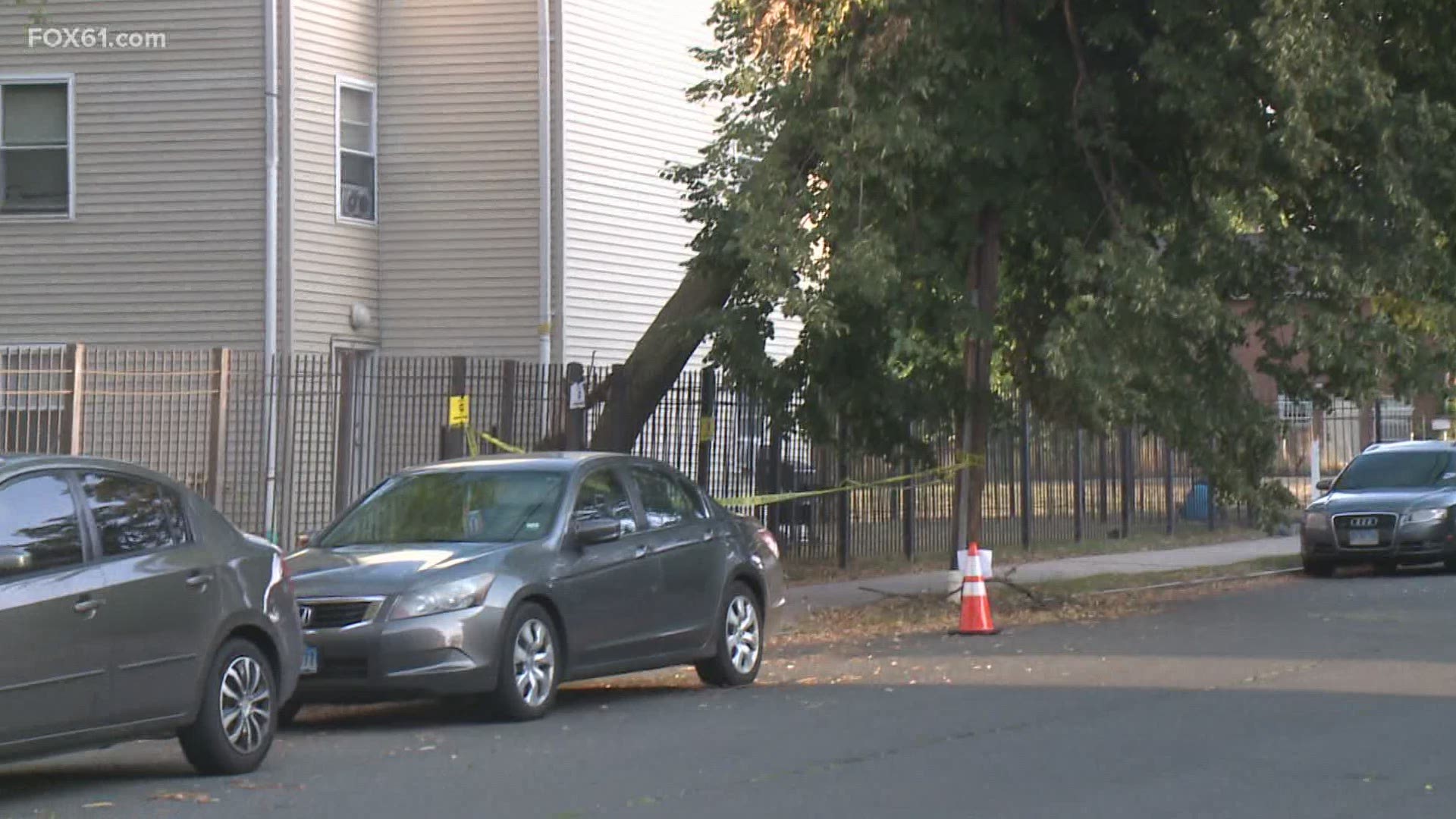 HARTFORD, Conn. — Governor Ned Lamont declared an official end to the state of emergency that was in effect due to Tropical Storm Isaias and the widespread power outages it caused.

More than two weeks after the storm, some people in Hartford are concerned about a tree that has been leaning over ever since.

A viewer reached out to FOX61's Carmen Chau because he was worried about his grandmother in the neighborhood.

The tree is on Wadsworth and Park Streets and is currently being held back by power lines. The tree is also on private property.

"It should’ve been cut down a long time ago," said Maria Berrios of Hartford.

Berrios said each day when she walks out of her apartment, she checks to see if the large tree is still standing.

The tree bark is cracked in half and tilted with power lines holding it back, but Berrios is afraid another storm will hit and the tree will eventually fall to the ground or hit the senior home across the street.

"What happens if all a storm comes and knocks it down for good? Blocks the street. We’d be out with no power!" added Berrios.

It was just Friday when Governor Ned Lamont delivered a letter to Secretary of the State Denise Merrill to notify her he has terminated the state of civil preparedness that he declared two weeks ago for Tropical Storm Isaias.

FOX61 reached out to Hartford Mayor Luke Bronin's office about the tree. We were told they were not aware of it until we asked. The city called Eversource and we were told someone would be on Wadsworth Street for Friday.

Rafael Roldos visited his grandmother at her apartment only to almost get hit by a car because of the tree.

"Today as I was going down that street, Wadsworth Street in Hartford, the tree was definitely closer and a car almost hit me head-on just to speed by the tree and I had to beep the horn for him to literally see me," said Roldos of Meriden.

The last thing he wants is for someone to get hurt.

An Eversource crew arrived later Friday to begin to remove the tree.

The tree is slowly coming down here on Wadsworth St in Hartford! pic.twitter.com/TNWzRCp4Jw