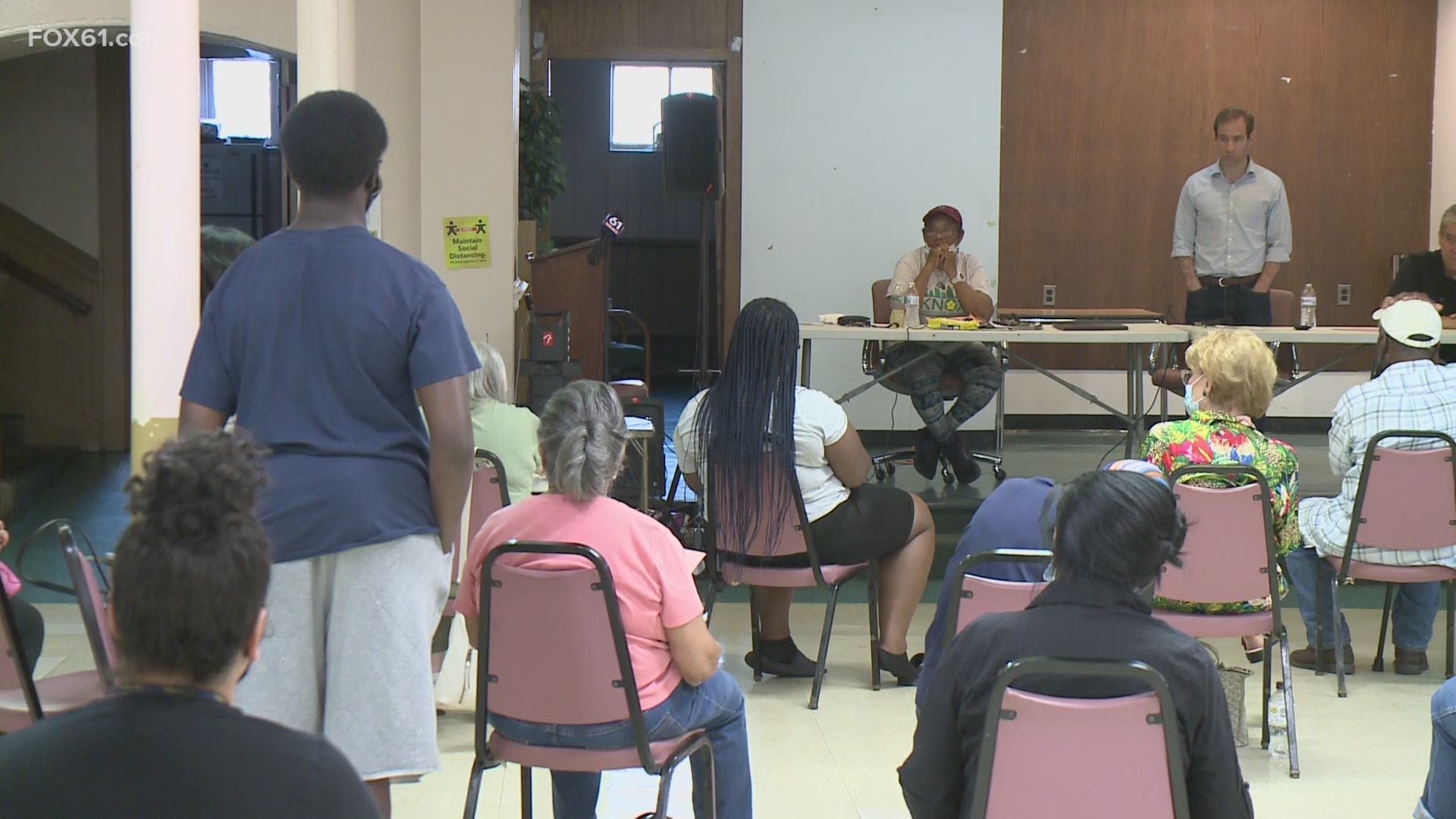 HARTFORD, Conn. — Hartford residents are fed up with parties in the streets until the early morning hours and pressed Mayor Luke Bronin for solutions at a community meeting Thursday night.

Residents told FOX61 this weekend was scary and dangerous in Hartford's south end, describing crowds of people flooding into the streets and partying after the Puerto Rican day festivities, but they said this has been going on longer than that and they want answers.

“I saw young children on top of the vehicles. I saw young ladies drinking, throwing glasses on the floor,” said a Hartford resident who didn’t want to be named. “Noises all over the place until 5 or 6 in the morning both days. It was really scary.”

Photos shared with FOX61 show the crowded streets on weekends around Franklin and Wethersfield avenues.

"We’ve been experiencing this problem in Hartford for over a year so the mayor and the city know about this problem of extended partying at night in Wethersfield Avenue, Colt Park, and elsewhere in the south end. This is not a new problem. They’re just understaffed, under-resourced, they were unprepared,” Alyssa Peterson from Hartford said.

Mayor Bronin acknowledged the public safety issue at Thursday night’s Maple Avenue Revitalization Group meeting. He said police are having staffing issues and that the department lost 40 officers this year.

Police blocked off the streets which some residents pointed out made it difficult for them to get where they needed to, but Mayor Bronin said the city is trying to strike a balance and is willing to make adjustments.

Mayor Bronin explained the city plans to handle the influx of largely out-of-towners.

“Make it as inconvenient and costly as possible through enforcement, ticketing, through moving people out so they can’t dig in and have a street party,” Bronin said.

Some residents don’t mind the crowds and people having fun.

"All Spanish people, we all keep together and hang out together, so wherever we’re in a big space a lot of Spanish people, and that’s what seeing on Wethersfield Ave. and Franklin St.," Ancelmo Acevedo said.

Some residents think it's time for a different approach, pointing to crime and poverty in the city­­—issues that are pushing some neighbors out.

“I doubt that I’ll be living in Hartford much more because of severe problems that we have in the city,” Carl Guerriere said.

Mayor Bronin said he doesn't fault the organizers of the Puerto Rican Day festivities and that some people seized on the event to do unrelated things, but he says the city will likely not permit a parade in June anymore, maybe September.