In a press conference with civil rights attorney Ben Crump and the family of George Floyd, the Wright family spoke about their loved one. 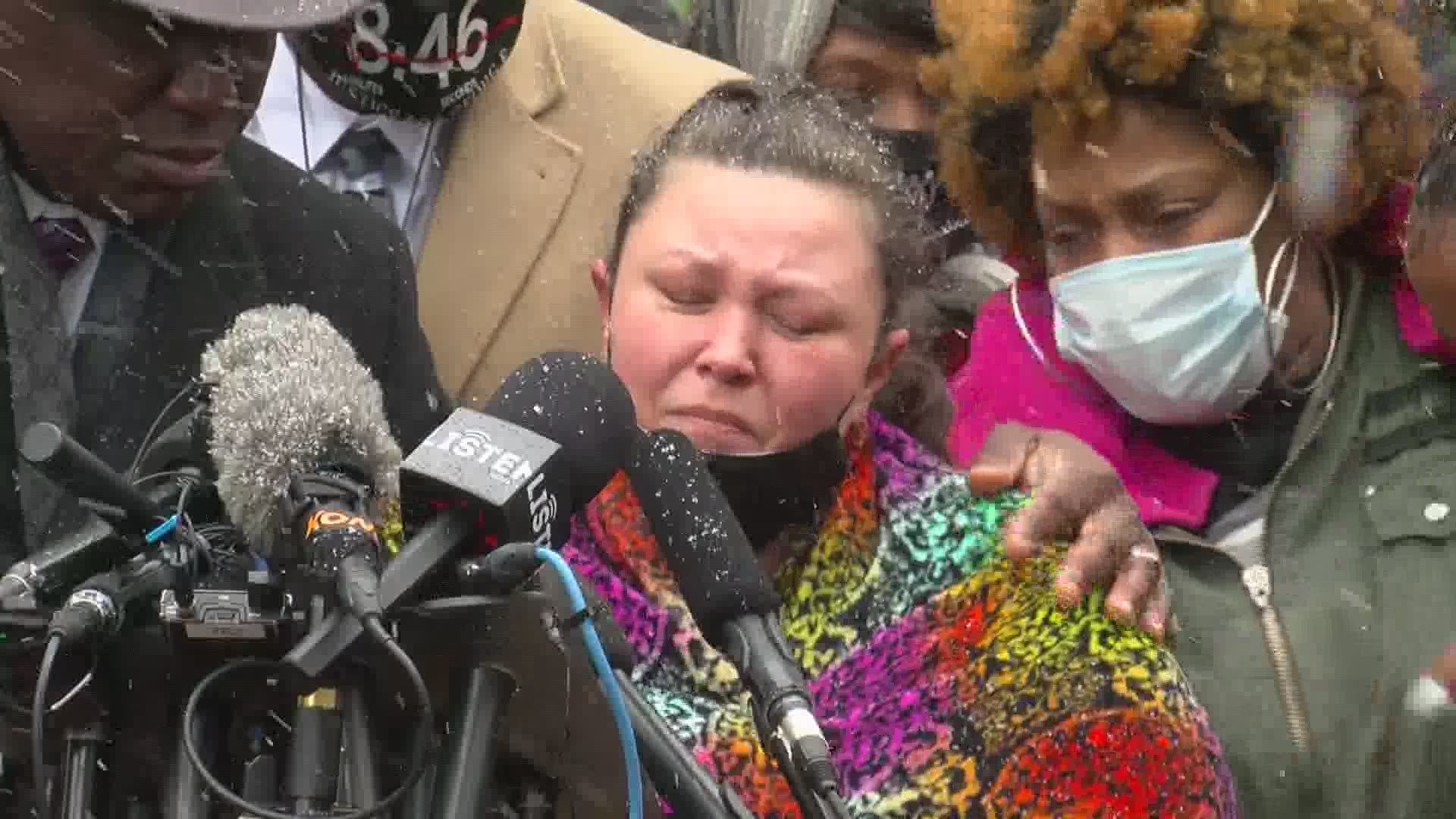 MINNEAPOLIS — Two days after 20-year-old Daunte Wright was shot and killed by a Brooklyn Center police officer, his family members expressed their grief and called for that officer to be prosecuted.

Civil rights attorney Ben Crump held a press conference Tuesday outside the Hennepin County Government Center, where Derek Chauvin is being tried for murder in the death of George Floyd. He and the Wright family were joined by George Floyd’s family, a relative of Emmett Till, and local Black leaders.

In a different press conference at the same time, Brooklyn Center leaders were announcing that the officer who fatally shot Wright, Kim Potter, had submitted her resignation. Mayor Mike Elliot announced Police Chief Tim Gannon had tendered his resignation as well.

“I hope that they hold her at the highest,” said Wright’s aunt Naisha Wright when asked about Potter’s resignation and prosecuting the officer. “Because she was the law. Protect and serve. Put her in jail, like they would do any of us.”

She said she didn’t believe Wright’s death was an accident, and that Potter held her gun for a “long time.” She pointed out that Potter had been with the department for 26 years and even trained other officers.

In the emotional press conference, Wright’s aunt was one of many Wright family members who told reporters about their pain and anger at his death.

“He was loved, he was ours, he came from us,” Naisha Wright said.

RELATED: Who was Daunte Wright?

She was joined by Wright’s mother, Katie, who retold how she spoke to her son on the phone during the stop, mere moments before his death. The call ended as police tried to arrest Wright. Katie Wright said after Potter shot her son, Wright’s girlfriend video called her – and she saw Daunte unresponsive in the driver’s seat.

Chyna Whitaker, the mother of Wright’s young son, said the boy spent his second birthday – and will spend the rest of his birthdays – without his father.

“I feel like they stole my son’s dad from him,” she said.

“There is an issue that goes beyond policy, and I believe that’s implicit bias.” Crump said. He said officers treat Black people differently during traffic stops, and the city needs responsible leadership that will stop it.

“You know this isn’t just one officer,” said Minnesota lawyer Jeff Storms, who is Crump’s co-counsel. He said the problem goes far deeper, as shown by law enforcement’s response to a demonstration for Wright Monday. Storms said “less-lethal” weapons like tear gas still cause harm.

Crump announced Monday that he will represent Wright’s family. He pointed out that in the midst of the pandemic, many DMVs are closed – making it difficult for people to renew expired tags like the ones Wright was pulled over for. He said police had been asked to keep those difficulties in mind.

“I guess when you’re driving while Black, people sometimes forget memos and initiatives about the realities of life,” he said.

Crump and other speakers said they don’t believe Potter shot Wright by accident – police have said she mistook her gun for her Taser. They pointed out that Potter had been a Brooklyn Center officer for 26 years, that she had trained other officers, and that a gun is heavier than a Taser.

You can watch the full press conference below.