Epinephrine pens, of which EpiPen is the most common brand, have exploded in price over the last ten years, a problem which is compounded by the recommendation ... 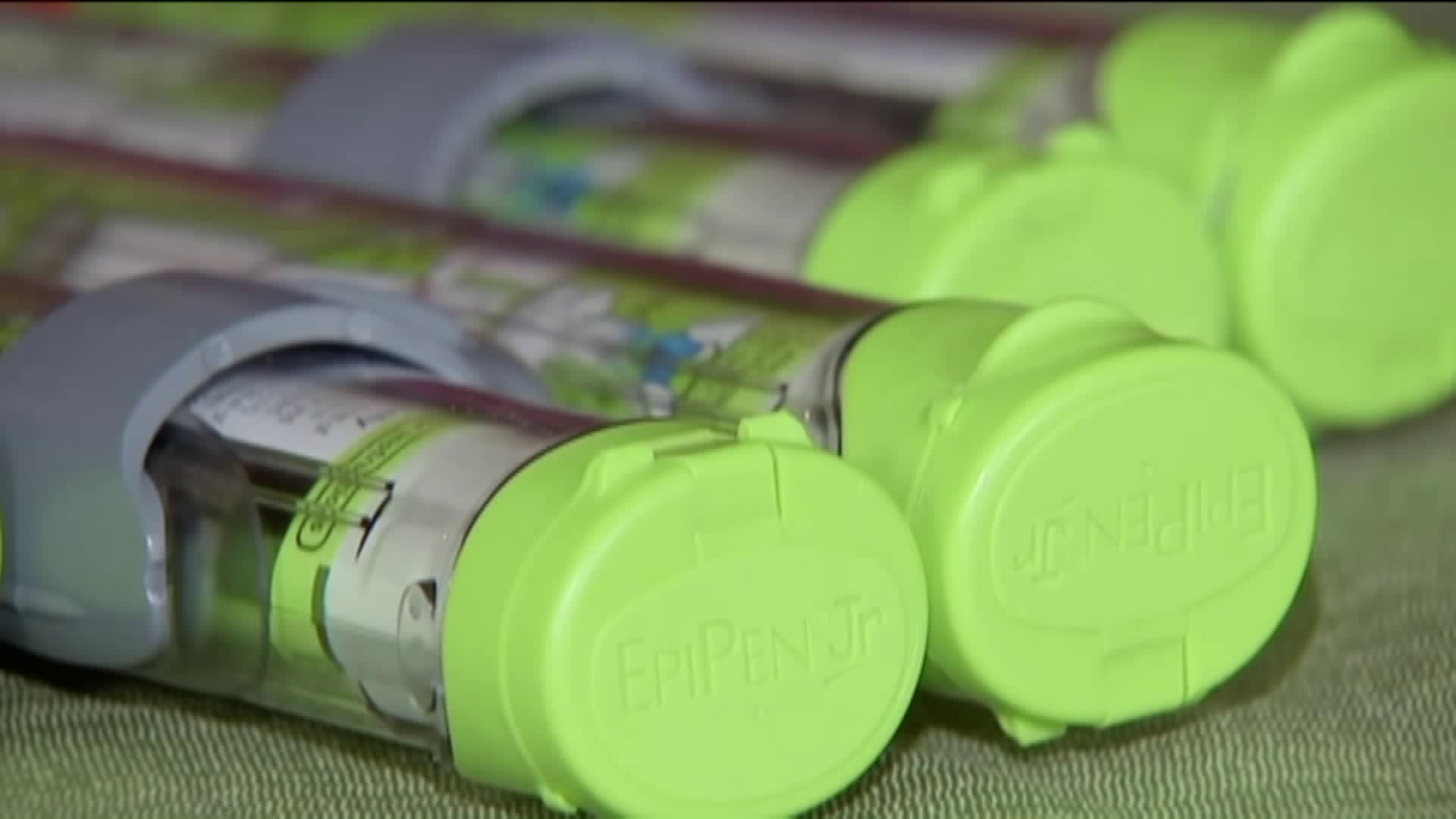 Epinephrine pens, of which EpiPen is the most common brand, have exploded in price over the last ten years, a problem which is compounded by the recommendation to replenish them yearly because of a short shelf-life. For Maria Downs, whose child suffers from peanut and a number of tree-nut allergies, it’s a huge expense. She said she has to buy six new injectors each year, in order to have peace of mind in case her child ever needs one to counteract a life-threatening allergic reaction.

“You'd rather spend the money then, you know, forget it somewhere and not have it and not be able to get it,” she said.

Stepanian’s company is trying to change that. It’s developing a two-compartment epinephrine injector that could promise a longer shelf life. It keeps the epinephrine in a powdered state in one compartment, and a liquid component in another, until the injector is ready to be used. A twist of the injector’s cap mixes the wet and dry ingredients together.

“Some initial testing on our own showed that the dry form of the powder was on the order of 100 times more temperature stable than that of a solution,” Stepanian said.

The company won’t know the design’s real-world impact on shelf life until testing is done in the finished container, but Maria said she’s excited by the prospect.

“That would be amazing,” she said.

Windgap’s goal is to bring its injector to market in the next few years, assuming it wins F.D.A. approval.