In an alert on the city's website, families were notified that the change will be in place Wednesday, Thursday, and Friday. 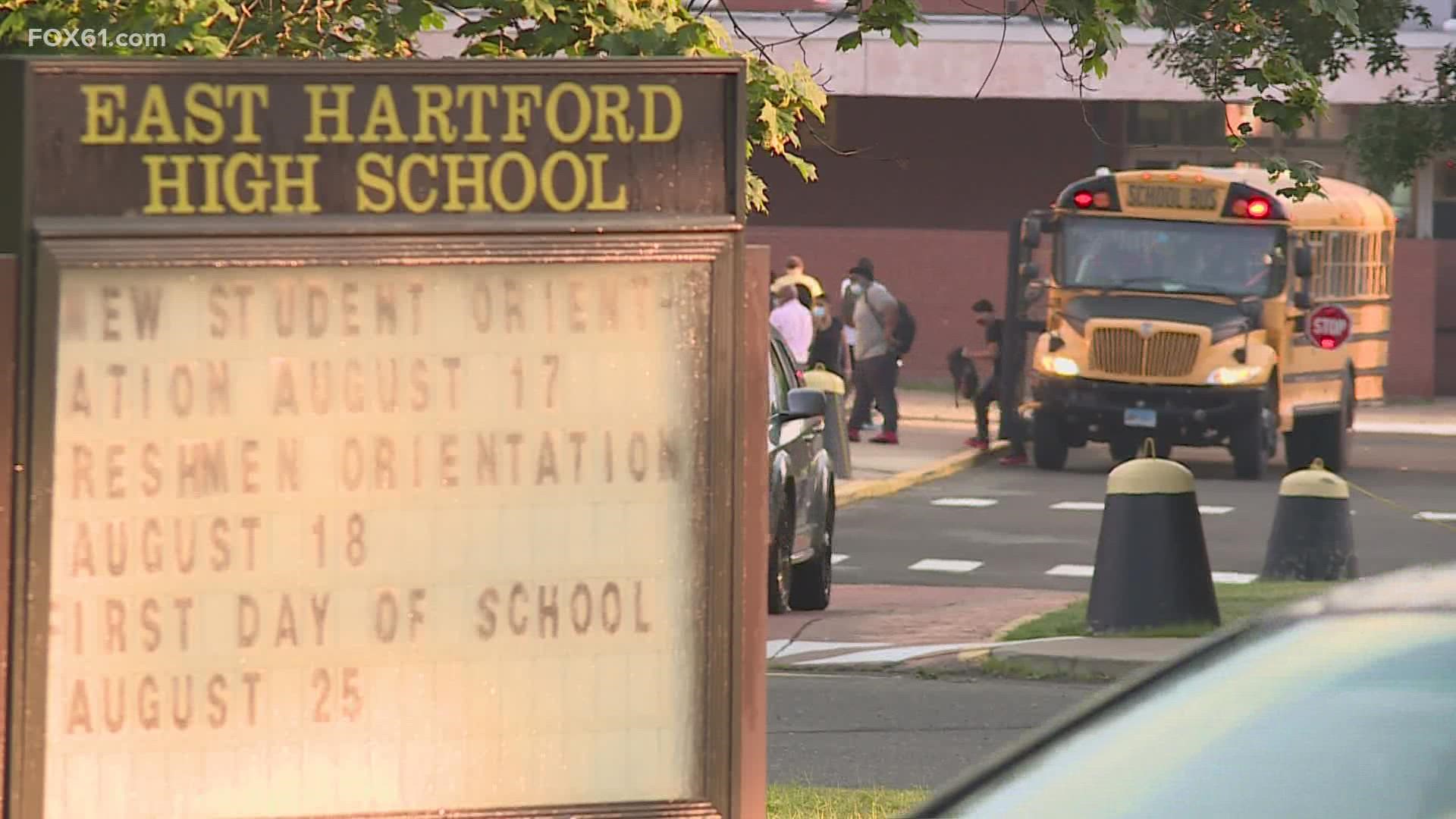 EAST HARTFORD, Conn. — The first day of school for students in East Hartford looked a little different than planned Wednesday morning as all schools shifted to a half-day schedule because of the extreme heat.

There will also be half-days on Thursday and Friday, officials said on the city’s website. They said there would be no Crossroads after school as well.

RELATED: Tips for beating the heat

However, in many other ways, the start of the new school year looked a lot more normal than what families have become used to during the pandemic.

Students are returning back to the classroom in person full time.

“I’m kind of excited because this is my second year to high school and we’re all back in together so it’s going to feel more normal,” said Nia Edens, a student at East Hartford High.

“Last year I was in but I only went for one day because kids got COVID, so I just decided to go online,” said Jermaine Clark, a student at East Hartford High.

East Hartford High School Principal Matt Ryan was also excited about more normalcy as he welcomed back some faces he hasn’t seen in a while.

Over at Silver Lane School, mom Natasha Ryals was full of mixed emotions. Half of her was happy to see her seven-year-old son head back in person after a year of online learning.

“He spent a lot of time in the house, so he’ll get to be around his peers and I think education-wise, he’s going to do so much better being in school,” said Ryals.

However, part of her was nervous as the Delta variant continues to spread.

“The kids can’t be vaccinated. They’re around a lot of other kids that’s around their ages,” said Ryals.

RELATED: Back to school giveaway brings Hartford residents out for backpacks and vaccines

With those concerns in mind, COVID mitigation strategies are still in place at school buildings.

“The first thing is everybody wears a mask inside the building at all times unless you’re eating lunch so eat your lunch and put your mask back on. Other than that, if you’re inside the building you’re wearing a mask. Obviously, we have sanitizing stations throughout the building. We’ve distanced desks in classrooms,” said Ryan.