The large aircraft was loaded by crane from a flatbed trailer onto a barge, where it will then set off down the Connecticut River 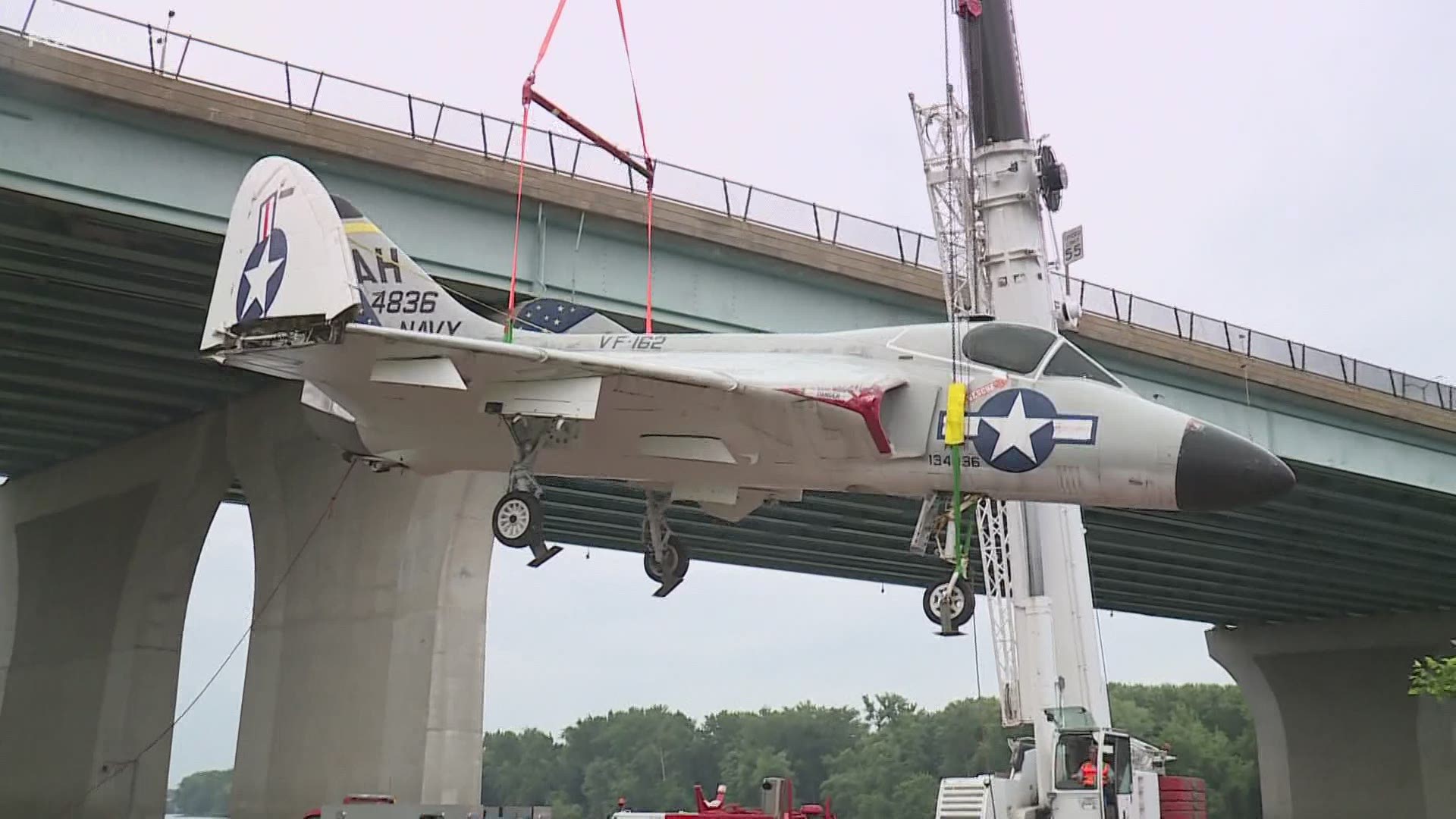 HARTFORD, Conn. — A historic aircraft is on its way from Hartford to a museum in New York City, but it’s not flying.

A Douglas F4D Skyray aircraft, which served aboard the aircraft carrier USS Intrepid during the Cold War, began its journey via the water to its new home at the Intrepid Sea, Air & Space Museum in New York City on Sunday. It had formerly been at the New England Air Museum in Windsor Locks.

The large aircraft will be loaded by crane from a flatbed trailer onto a barge, where it will then set off towards New York City.

The trip will take 30-hours by barge down the Connecticut River, through the Long Island Sound and down the East River, around the southern tip of Manhattan and up the Hudson River on Tuesday morning. 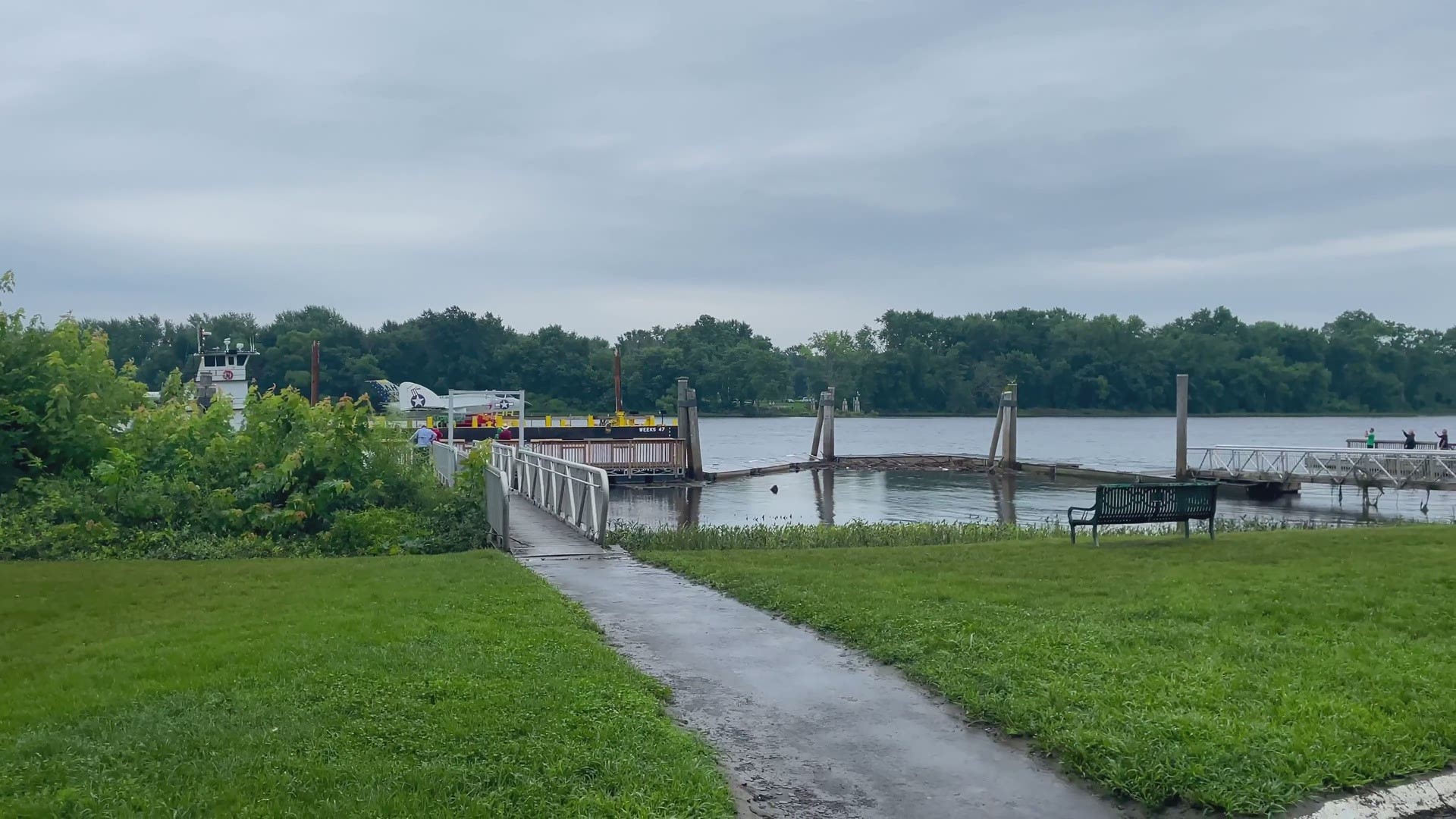 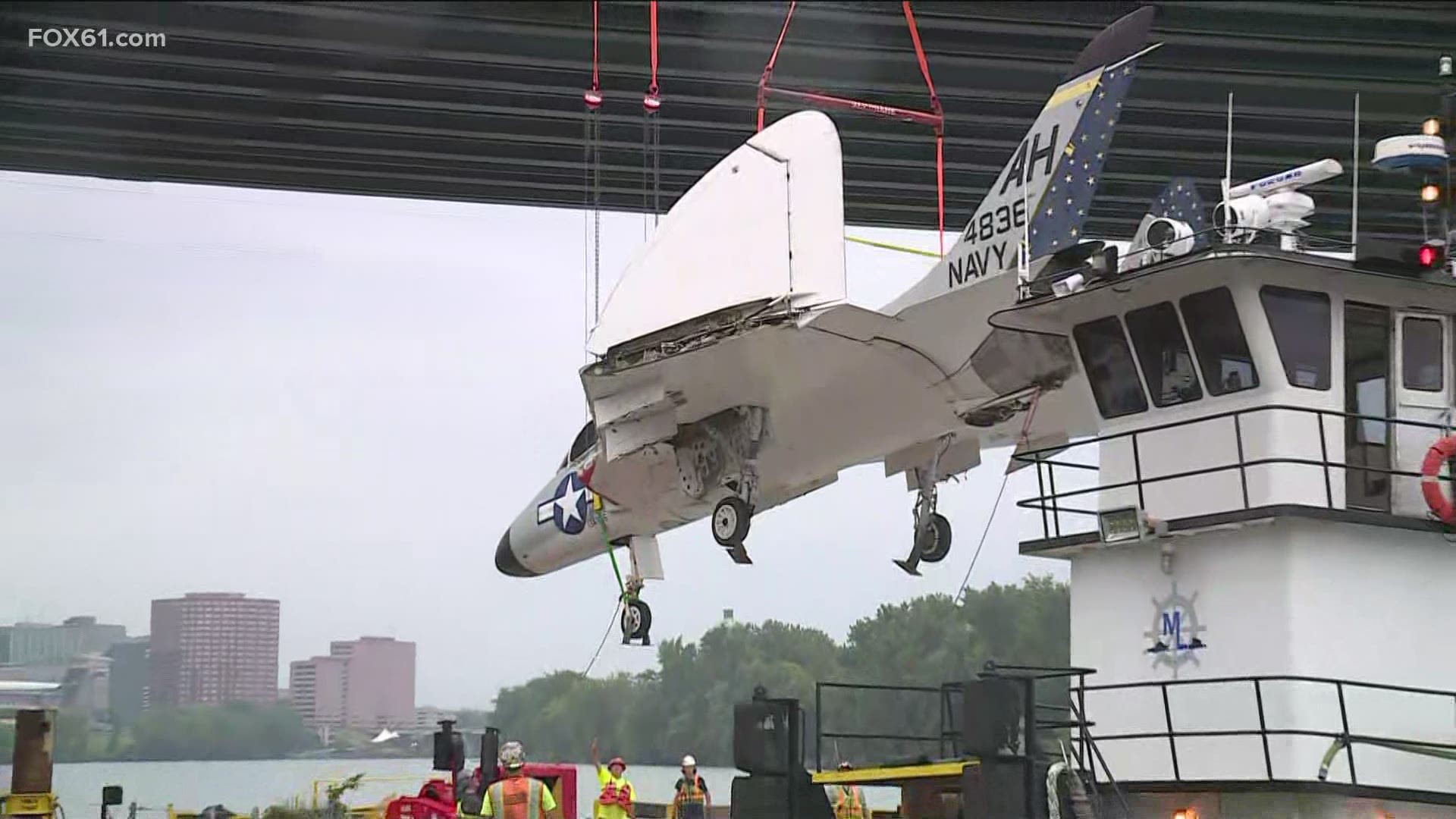 An APPROXIMATE schedule of where the plane will be and when is as follows:

People will be able to see the plane as it travels by from multiple points along the Connecticut River and Connecticut coast on Sunday including Middletown, Haddam, Essex, and Old Saybrook along the River, and then in the Sound from New Haven, Bridgeport, Fairfield, Westport, Stamford and Greenwich. It will then pass by the east coast of Westchester and travel under the Throgs Neck, Whitestone, Triborough, 59th Street, Williamsburg, Brooklyn and Manhattan bridges.

The plane is expected to arrive on Tuesday, July 27. Officials say the Skyray will be lifted by a crane onto Intrepid’ s flight deck where it last resided 60 years ago. Once back aboard Intrepid, the Museum’s team of experts will begin working to preserve the aircraft so visitors can learn from it for decades to come.

Officials said, “The Skyray, named for the unique shape of its wing (which resembles a manta ray), went into operation with the U.S. Navy and Marine Corps in 1956. It was designed to be a high-altitude fleet protection interceptor, fast enough to catch and neutralize an approaching enemy bomber flying at 500 knots. Skyrays set many speed and time-to-climb records in their day as they were able to reach supersonic speeds. The specific Skyray acquired by the Intrepid Museum from the New England Air Museum in Windsor Locks, Conn., served in VF-162 and deployed on Intrepid between June 1961 and March 1962 with Carrier Air Wing Six.”

RELATED: 7 things to know about the space shuttle on 40th anniversary of 1st launch