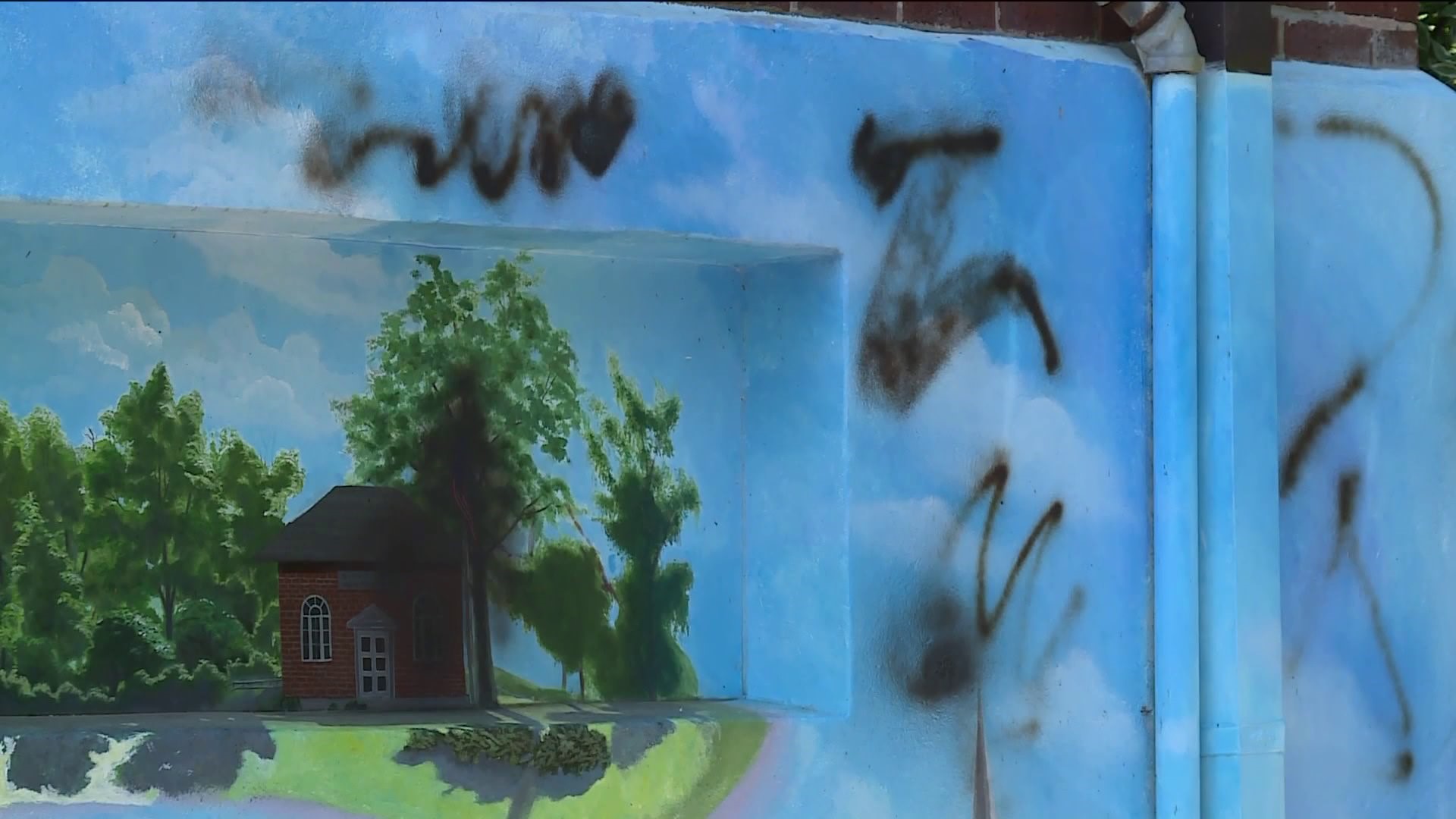 ANDOVER, Connecticut — State Police in Andover are tracking down three alleged vandals for defacing a historical mural at the town library.

"It makes me kind of sick actually," said Library Director Amy Orlomoski. Jeff Ballard of Andover said, "I hope they get prosecuted to the fullest."

The mural depicted historic Andover landmarks. It was tagged under the cover of darkness.

"The mural. It depicts the history of the town in pictures based on a history book that was written by Scott Yomans who is the town historian," said Orlomoski.

A compact silver sedan pulled into the library parking space in the early hours of July 5th.

Andover Library Board Member Julie Victoria said, "They parked right in front of it. The sign that says surveillance video surveillance in use."

Andover’s resident state trooper says three men were in the vehicle. In addition to the surveillance footage police obtained DNA evidence, fingerprints and a bottle they were drinking from.

Whoever scrawled the black spray paint left no clues as to their message or motive.

They blotted out the library and spray painted over a depiction of French General Rochambeau and American General George Washington standing beside revolutionary war soldiers.

Governor Lamont tweeted his thoughts about the removal and vandalism of statues and monuments Thursday morning:

Dianne Grenier of the Andover Library Board of Directors said, "It did not say Black lives matter, it did not say anything anti Trump it didn’t have have vulgar words. It was just scribble."

The mural is only about a year old. And was funded through private donations.

Dedicated in memory of a deceased library board member Jean Gasper.

Grenier went on to say, "They need to pay for this. This is expensive to clean it up. 04:15 I would like to see a letter to editor in the local newspaper to the residents of Andover saying they were jerks. 04:31 Three young guys like this in Andover for the summer. They’ve got nothing better to do. We can find something better for them to do so 100 hours of community service."

The one piece of good news is the mural does have a protective coating over the pain.

The library says it can probably be restored close to its original condition.