Heavy smoke and flames were seen from the windows 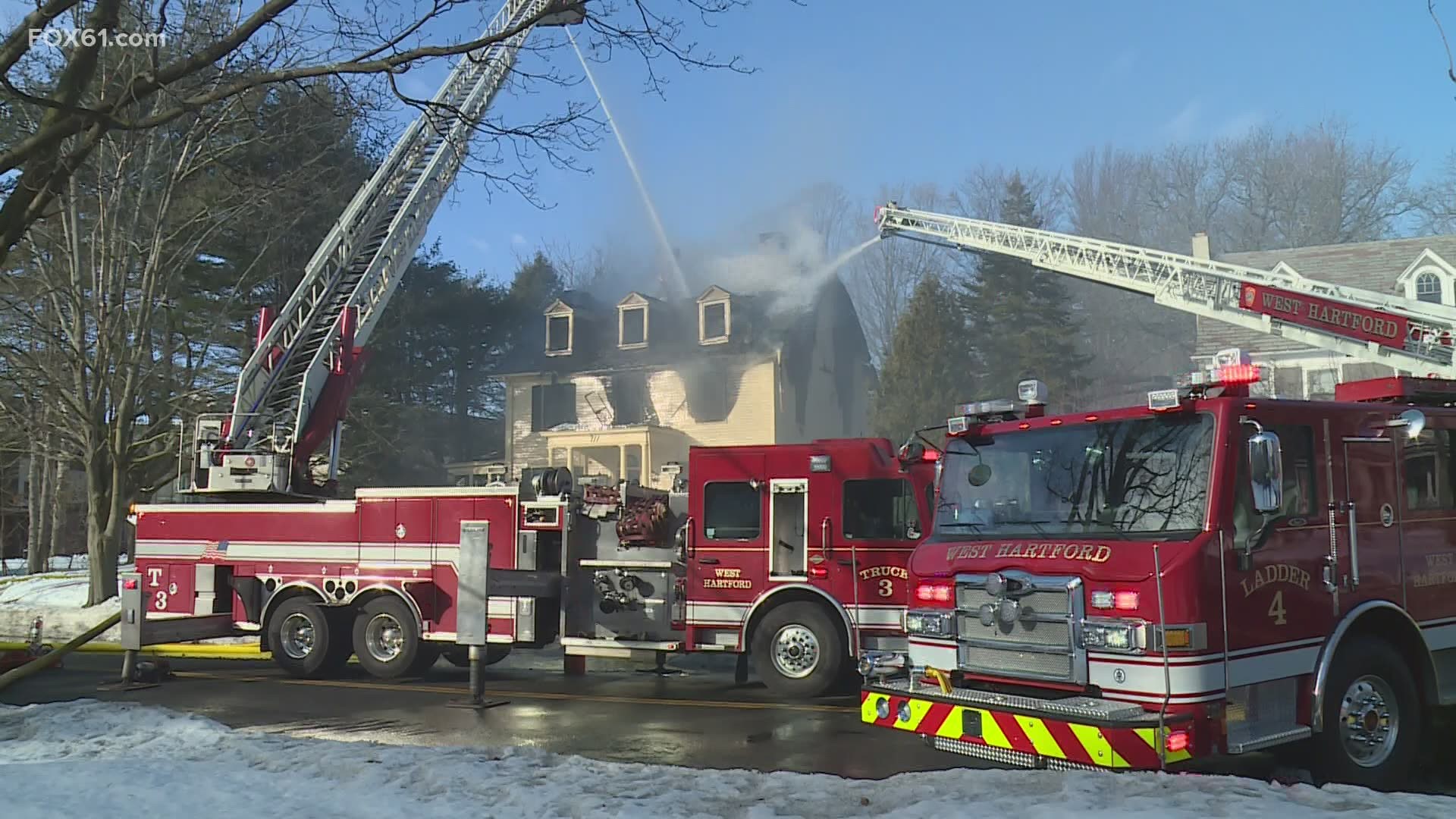 The West Hartford Fire Department is on the scene of a heavy fire Wednesday morning on Prospect Avenue.

Officials say the house was empty at the time and there were no reported injuries.

Neighbors had told FOX61's Lissette Nunez that the house was being remodeled. The flames, according to officials, had a 'head start' before fire crews could arrive.

"It's tragic," the West Hartford fire chief told reporters at the scene. "What I am very happy is that there are no lives in danger."

"My wife and I were finishing up our walk and we saw flames shooting up from the house and called 911," said Ed Church who lives in the area, "It's sad to see a neighbor's house go up in flames. They are new neighbors. It's just a sad moment for this neighborhood."

Defensive operations were put in place as crews battled the fire from the outside.

Officials expect to be at the scene for several hours as flames continue to be seen coming from the house. Residents and drivers have been asked to avoid the area around the 700 block of Prospect Ave.

It was not immediately clear what caused the fire.

Structure Fire. WHFD stretching on a single family dwelling in the 700 block of Prospect Ave, please avoid the area.

Flames coming out from the right side of the home. Neighbors tell me this home was being remodeled. https://t.co/3TUHsvLb3z pic.twitter.com/QpByEWuqxT