They chanted for Chief Cetran to come out to speak with them. 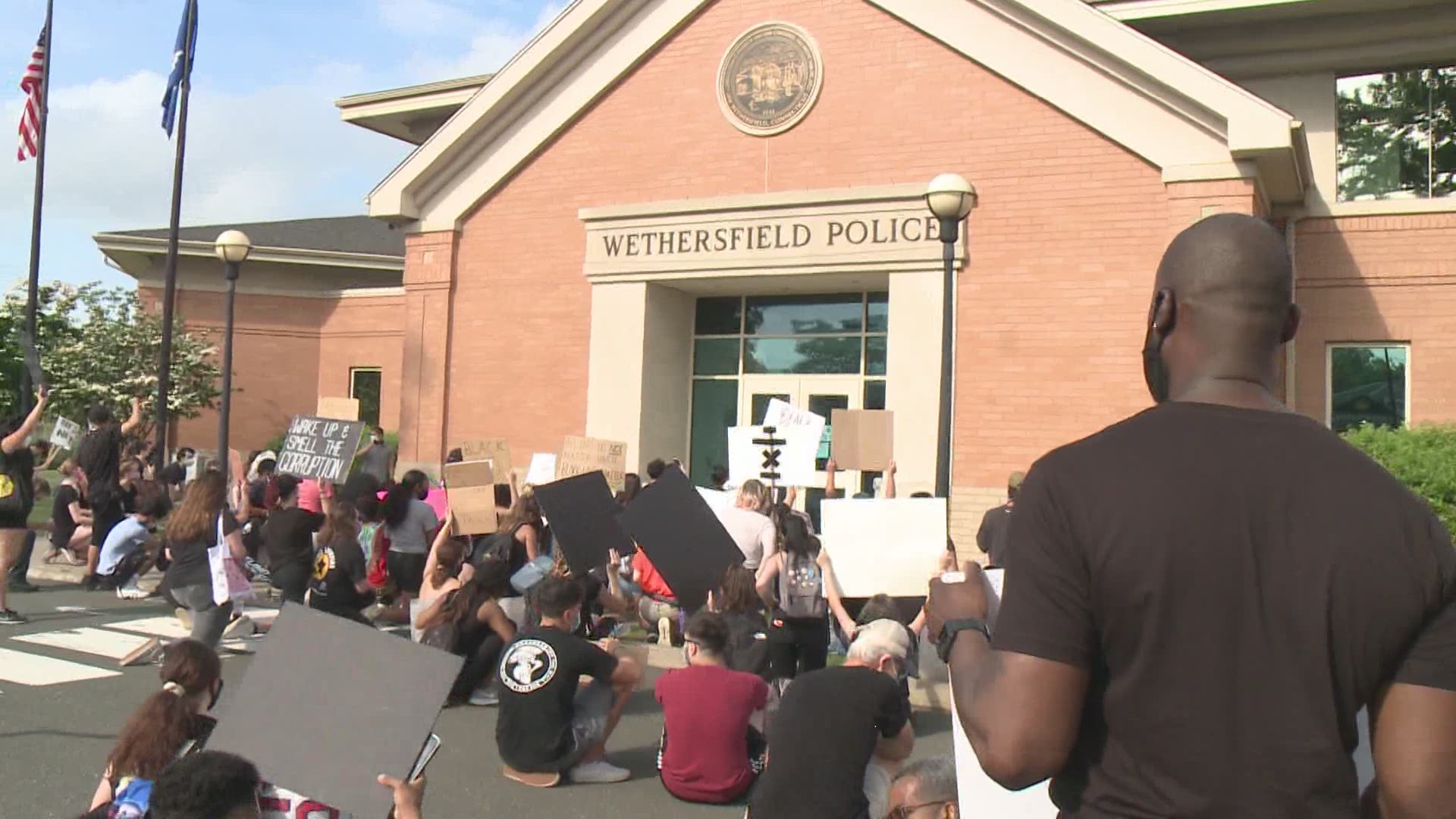 WETHERSFIELD, Conn. — Protests in Connecticut honoring the life of George Floyd and the Black Lives Matter movement have been occurring across the state since last week, but for the first time on Friday, Wethersfield joined in on the action.

Hundreds of protestors from the Wethersfield community marched a mile from Cove Park to the Wethersfield Police Department. At one point, everyone chanted for the Chief of Police to address the crowd, but the call went unanswered by Chief James Cetran.

Although Wethersfield native and UConn student Jordan Griffin, who organized the protest, said they still achieved their goal of racial injustice awareness.

“I’m kind of disappointed because I wanted a face to face discussion but we tried our best,” Griffin said. “At the police station, we said our chants, demanded justice and had an 8 minute and 46 second moment of silence for George Floyd.”

”I think about my students every day and what they go through so I wanted to support them,” Wethersfield native and Middletown teacher Savanna Cleveland said.

“It makes me sad and it makes me scared because I have two black sons,” Cyndi Cruz said.

“What I would like to see accomplished today, is that all of my neighbors and friends in the Wethersfield community understand that my family and I are just like their families.”

“No lives can matter until all black lives matter and it’s clearly still such a difficult thing for people to grasp,” Emily Kovanda said.

RELATED: Newington violinist has found a way to protest one string at a time