Hundreds protest peacefully in Cromwell in honor of George Floyd 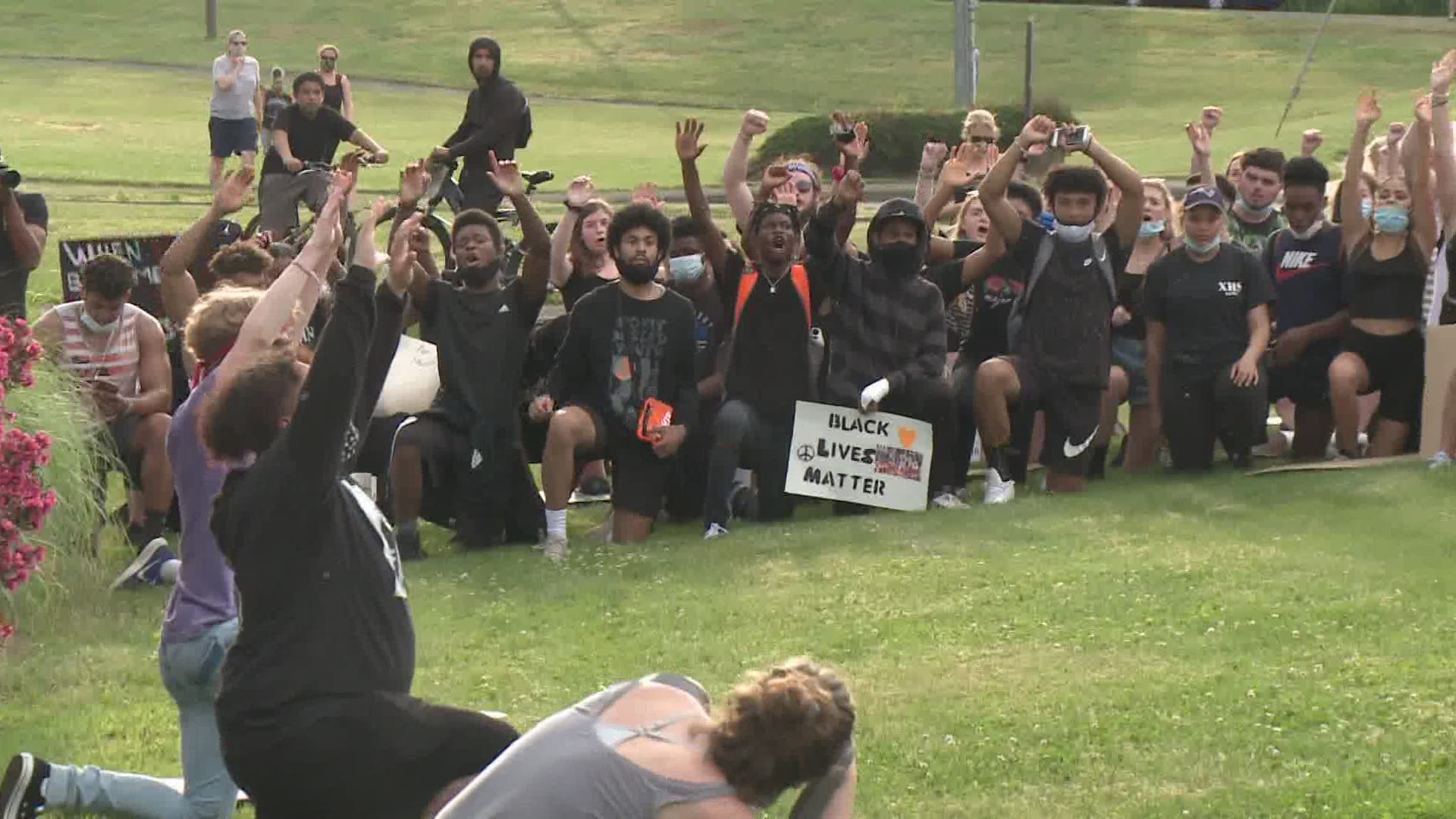 CROMWELL, Conn. — Hundreds turned out to protest peacefully in Cromwell to honor the life of George Floyd and the Black Lives Matter movement.

Students said Monday evening they wanted to put Cromwell on the map with their own peaceful protest. They marched from the high school to the Cromwell Police Department.

The protest was organized by two high school students, and it brought out hundreds of people- all different ages, all different ethnicities--- bringing awareness to racial injustice and the Black Lives Matter movement.

At one point the group bowed their heads and took a moment of silence in honor of George Floyd.

Protesters were also joined by the mayor, chief of police, and State Senator Matt Lesser.

George Floyd was killed on May 25th in Minneapolis while in handcuffs. Video captured at the scene of Floyd's arrest showed police officer Derek Chauvin pinning Floyd on the ground with his knee. Floyd is heard in the video crying out that he couldn't breathe. He was later pronounced dead.

Derek Chauvin was initially charged with third-degree murder and manslaughter, but the charge of murder has since been upgraded to second-degree murder.

Three other officers at the scene, and seen in videos, were also charged Wednesday afternoon.