Hundreds of Mainers took to the streets of downtown Portland Friday afternoon to protest the death of George Floyd, a black man who died in police custody this week. 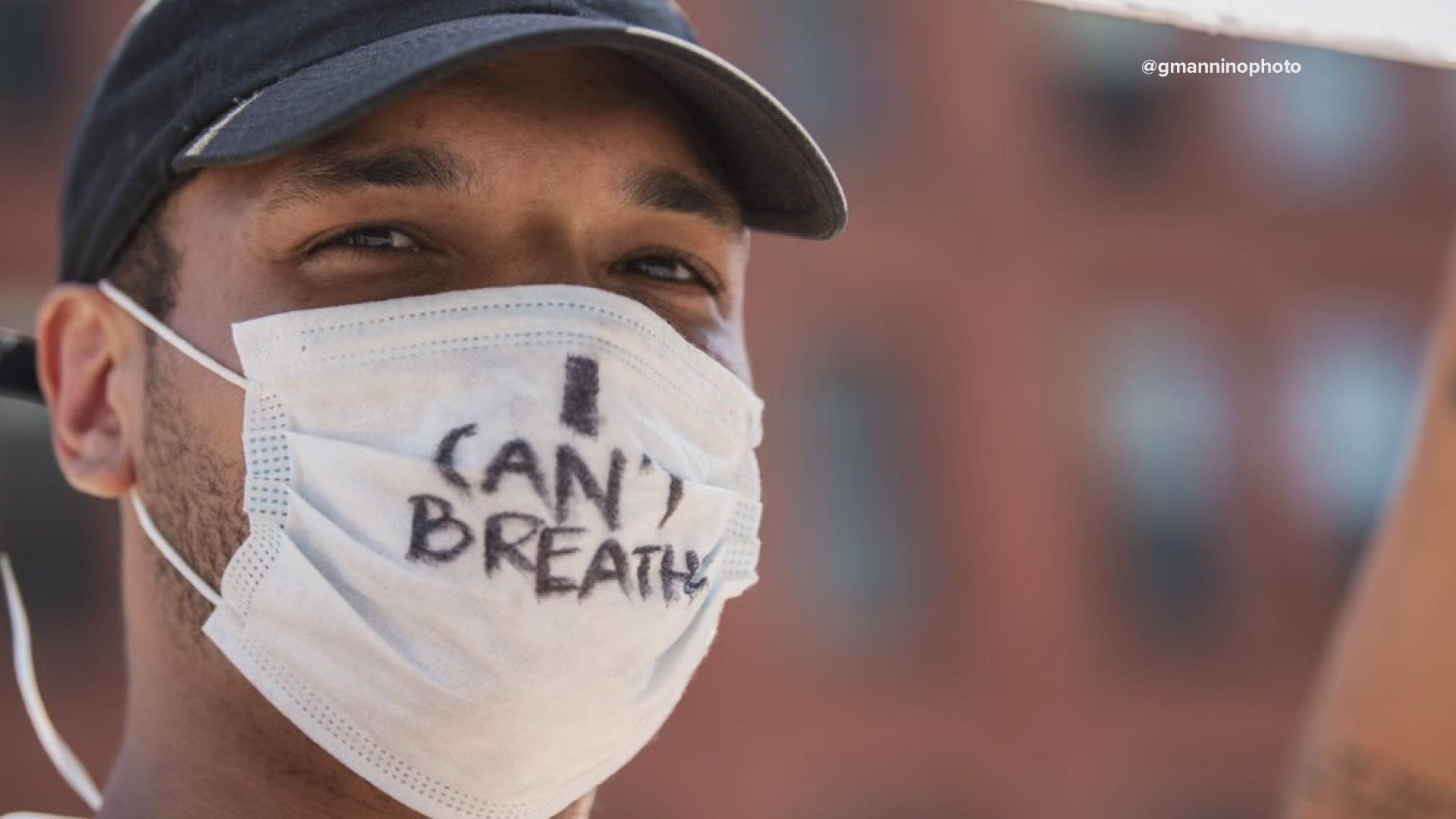 Protests in the wake of Floyd's death have spread across the nation and reached Portland Friday afternoon.

Hundreds of protestors first gathered at Monument Square around 3 p.m., holding signs and chanting "Black Lives Matter" and "hands up, don't shoot" before marching to City Hall and then to the Portland Police station. A few hours later, the group headed towards the Whole Foods part of town.

NEWS CENTER Maine's Zach Blanchard reports the message of the protestors is that in Maine, there's this idea that racism doesn't exist—that Maine is in a bubble, of sorts. But the group wants to make clear that racism is alive and well in Maine, just as it is across the country.

Mainers of all ages and races were at the protest Friday, including 5-year-old Kingston Lamore, who quietly held a sign that read "I pray I never fit the description."

Former Minneapolis police officer Derek Chauvin was arrested and charged with third-degree murder and manslaughter Friday. Hennepin County Attorney Mike Freeman said they are continuing to review the evidence and there may be subsequent charges later.

The other three officers involved in Floyd's arrest are under investigation and Freeman said he anticipates charges against them as well.

The Portland Police Department issued an open letter to the Portland community on Friday, saying they "are saddened and deeply disturbed by the recent and tragic police-involved fatality in Minneapolis, MN."

During the protest on Friday, a man collapsed in the crowd as protestors chanted from the steps of the Portland Police station. As police helped the man and gave him some water, a person yelled "We love you Portland Police!"

Credit: Gabrielle Mannino/NCM
Portland Police help a man who collapsed during the protest.

More photos from the protest:

RELATED: 'Justice for George Floyd' is largest-ever US petition on Change.org