The firefighter involved has since apologized for his statement. 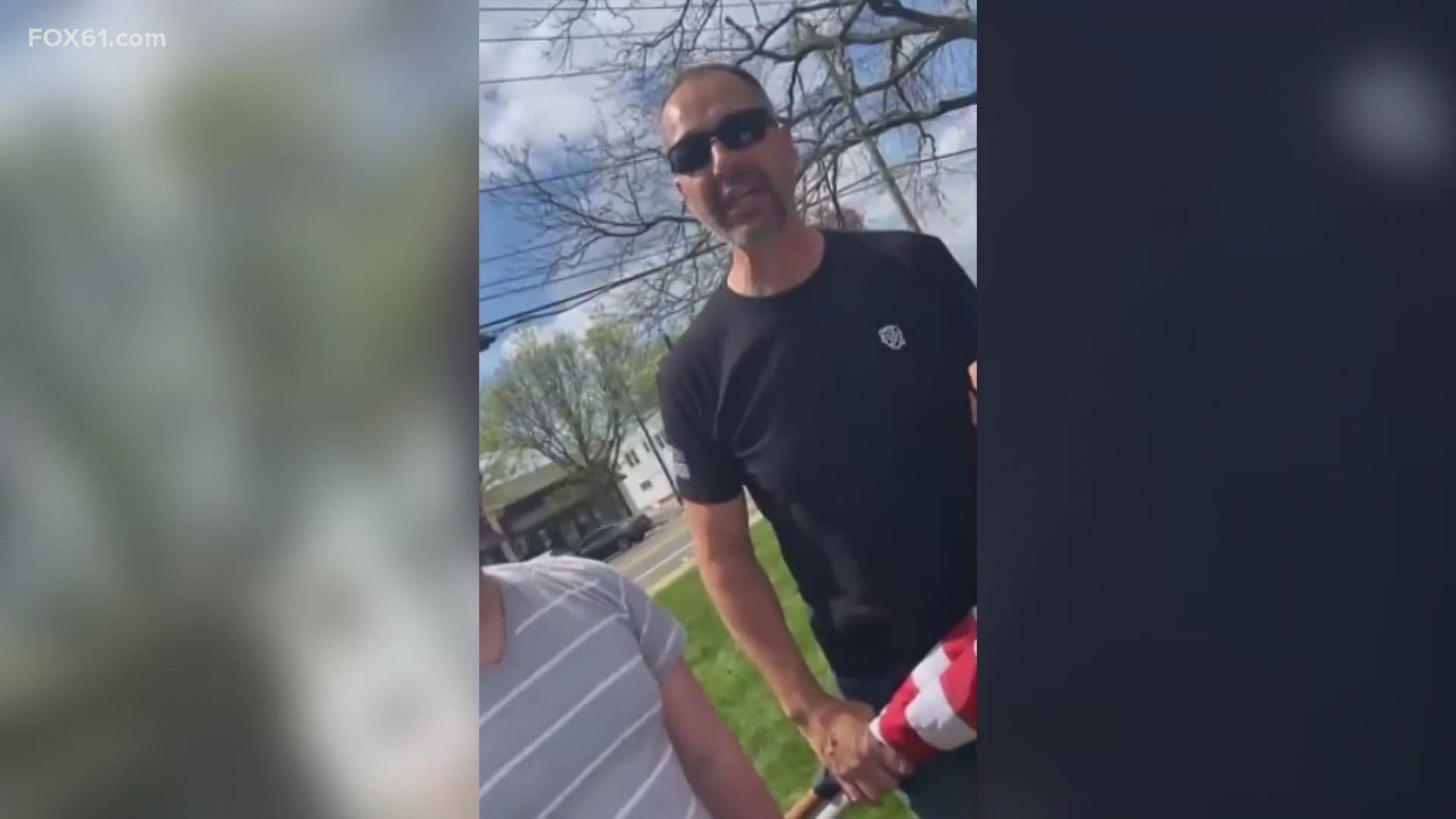 GLASTONBURY, Conn. — Glastonbury firefighter James Stanley captured on video this Sunday during a Black Lives Matter food drive stating:  “I think you get rid of  Narcan, and when people overdose, you let them die," has resigned according to Glastonbury Fire Chief Michael Thurz.

To our residents, and those that visit our community.

This past Sunday, and while on his personal time, a former member of the Fire Department made an inappropriate and insensitive comment that violates the core opinions, values, and dignity of the organization. The statement of banning Naloxone (Narcan) and letting those who battle addiction succumb to their illness is not only disturbing, but inexcusable. This individual’s actions have blemished the organization and the Department wishes to express its sincerest apologies to the community for this unacceptable event.

The mission of the Fire Department is to protect life and property within the Glastonbury community. We accomplish this through our core values of commitment, respect, and integrity and we ask that our members uphold these principles and practice the highest level of professionalism and behavior at all times. The statement made this past Sunday failed this mission and the values our collective members regard so highly and the individual has since resigned.

We are saddened that one individual’s comments can reflect so poorly on the organization overall, and we recognize the need to reassure the community that they can be confident and trust in their Fire Department. The organization takes great pride in its duties and responsibilities and will continue to adhere to its mission statement, hold its members to the greatest standards of decorum, and remain steadfastly dedicated to its core values to serve and support all members of the Glastonbury community.

Al Mayo is a lieutenant with the New London Fire Department and was at that BLM rally when he heard the exchange.

“I was standing by him with my daughter, and he made the comment he made and I was obviously immediately appalled by it,” Mayo said.

Organizers said Stanley was at the rally along Main Street in Glastonbury as a counter-protester. It was during a heated argument about opioid overdoses with Black860 member Ivelisse Correa, that he was captured on video saying, “I think you get rid of Narcan, and when people overdose, you let them die.”

“You’re a first responder that’s not the way even if you’re joking- that you're supposed to respond to these situations. I wouldn't trust a friend or family member that’s having an overdose,” Correa said.

Correa was the person recording the video. She said she lost a family member to an overdose and believes Stanley should be held accountable for his words.

“I lost my cousin to an overdose in January 2018 if that was the person that responded I'd be pretty pissed,” Correa said.

Stanley apologizing for his comments Tuesday via Facebook stating in part:

“I would like to apologize for my comment regarding Narcan on May 2nd, it was insensitive and inappropriate. I too have suffered loss due to substance addiction and understand how hurtful my words were. this comment in no way represents my character or conduct as a 20-year veteran of the fire service.”

Mayo said Stanley's stance on Narcan is not shared among the majority of firefighters.

“His actions are a reflection of his own feelings, and he has to face consequences to what he said, 99% of firefighters will disagree with what he said -myself included- it doesn’t reflect the Glastonbury fire department or any other fire department out there,” Mayo said.

“The department is aware of a personal comment made by a member of our organization yesterday regarding the use of naloxone (Narcan).  The individual's comment is upsetting, and by no means a reflection of those who dedicate themselves to protecting the residents and visitors of Glastonbury.  This is a personnel matter, and there will be no further comment.”

“I do hope this is a learning experience for him, I wouldn't feel safe with him and I feel like he’s broken the community trust at large,” Correa said.