'It was an answer to a prayer': Illinois Vietnam War vet reunites with man he saved on battlefield 50 years ago 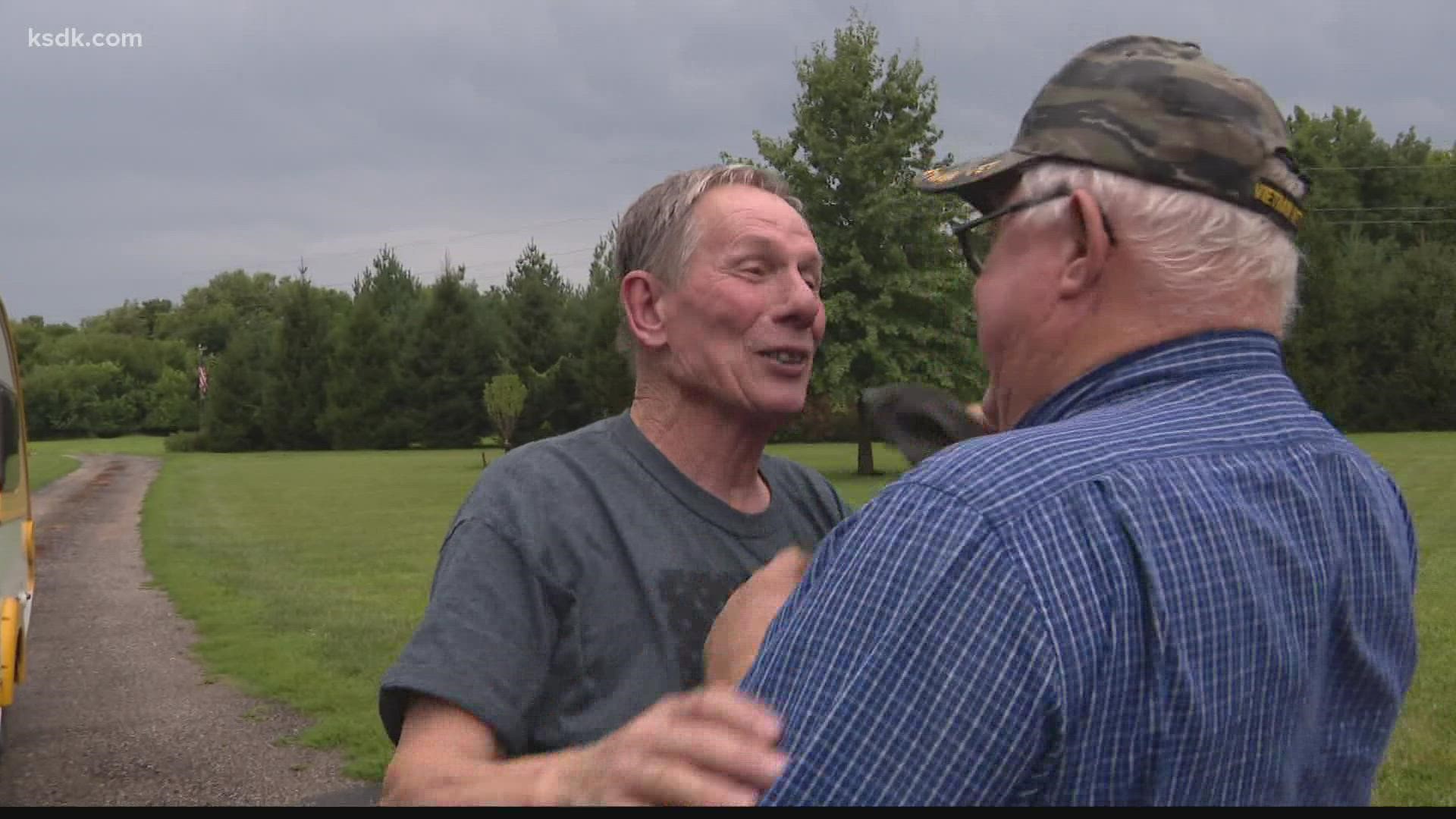 ASHLAND, Ill. — There is never an easy route to the places that matter.

And on this day, two men are going in a new direction.

The destination is Ashland, Illinois, a farming community about 120 miles and decibels from St. Louis.

"I've always liked farming because it's you're your own boss," said Dale Edge.

Edge lives and works on 400 acres. He's been farming this land practically all his life except for the time when he traded in his work boots for army boots.

The year was 1968, and Dale Edge was drafted to fight for his country in Vietnam.

But the Vietnam War was like a wound that never healed. Soldiers bravely faced the enemy only to come home and face scorn as soon as their plane landed.

"There's guys kissing the ground, glad to be back, glad to have made it," he said. "Then, another 30 feet from where they were doing that, people behind a fence started screaming and hollering and stuff that I ain't going to repeat it."

That's why Edge took his feelings and his stories and buried them. Except for one.

One story that needed an ending.

And recently, after getting his first smartphone, he finally decided to solve the mystery by doing some checking on the internet. Then, he got up the courage to make a phone call.

Kjorlien lives in Minnesota and works for Great Steps, a company that makes prosthetic and orthotic devices. And he's pretty popular with his clients.

Credit: KSDK
Fred Kjorlien lives in Minnesota and works for Great Steps, a company that makes prosthetic and orthotic devices.

"They like people that are amputees because you can feel some of the stuff," he said. " And some people think 'Oh you got one, then I'm OK.'"

Kjorlien lost his leg during a firefight in Vietnam.

"I got behind a tree dropped down and this leg was up and I was shooting," he said. "And an RPG hit the side of the tree."

"Before the medics got there, I put a tourniquet on Fred's leg," he told us.

And then he remembers keeping Fred calm and helping to get him on a medical evacuation chopper.

They were in the same platoon but didn't know each other that well before that day. Still, for more than half a century, Dale Edge wondered.

"I didn't know if he lived. I wanted to know if he made it or not," said Edge.

Thanks to one phone call, his empty feeling was now filled.

And then his heart was filled, when Fred drove more than 560 miles for a reunion more than 50 years in the making.

So much time and distance meant so little as soon as the two men started talking. They would spend the weekend excavating memories.

"It was an answer to a prayer if you want to know the truth," Edge said. "I don't know how many times I prayed for that man."

Remembering the hard days is always easier with an old friend.

For the first time since they've been back from Vietnam, these two veterans finally get a welcome home.

"It means a lot because I love him," said a teary-eyed Kjorlien.