In Meriden, high school football kicks off despite statewide restrictions

"With football, you're always concerned about safety, COVID or not COVID" said one mom. "We're just grateful for the opportunity many kids don't have right now." 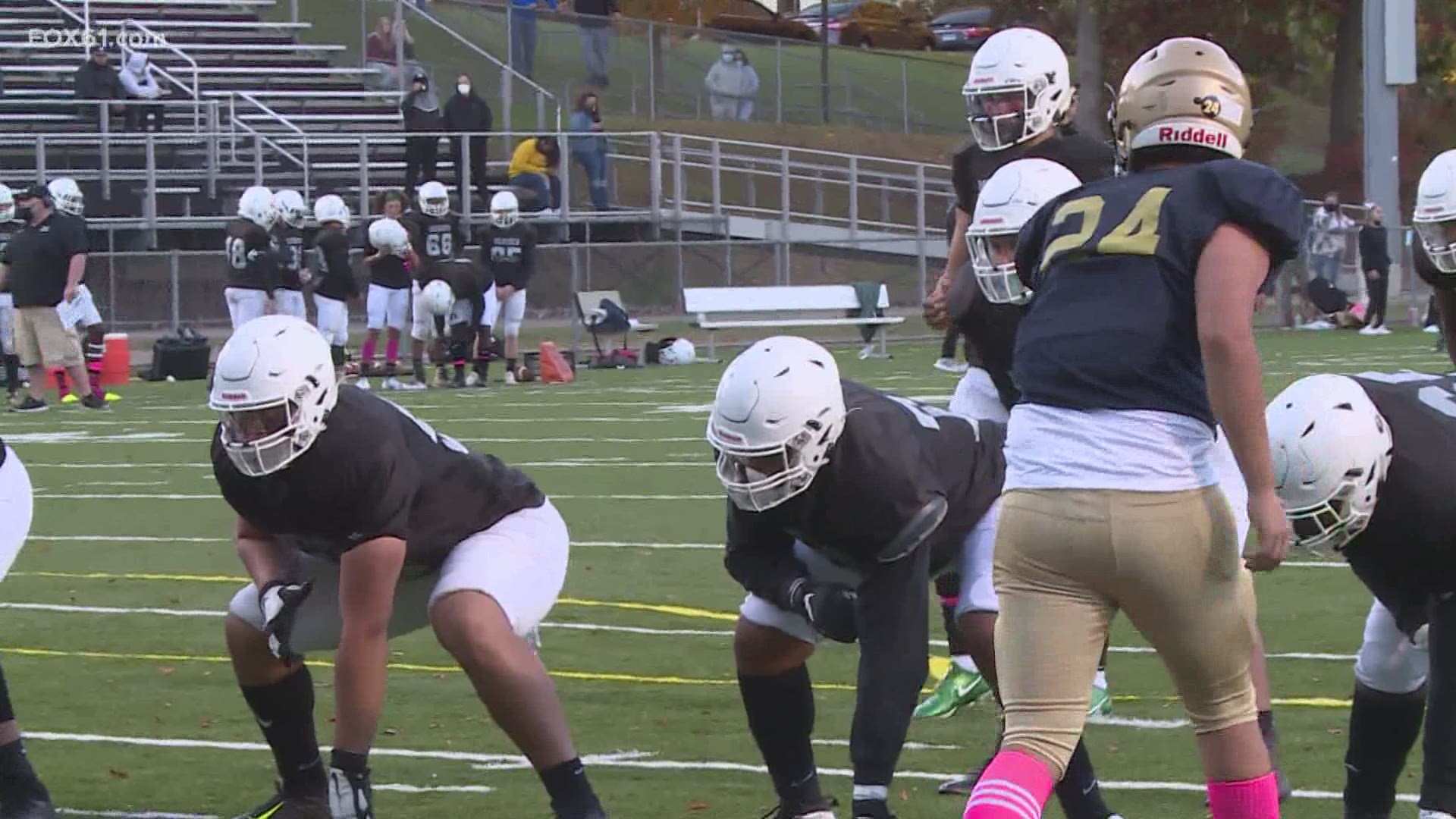 MERIDEN, Conn. — Against all odds, there was high school football Saturday in Meriden.

Both of the city's high schools got approval from the city and Board of Education to form an independent league. It was the only way for them to play after the Connecticut Interscholastic Athletic Conference, the non-profit which regulates high school athletics, canceled traditional high school football due to the Department of Public Health's COVID-19 safety concerns.

Families that spoke with FOX61 were thankful their kids had the opportunity to play.

Joshua Santiago, the uncle of a player, said "It's been really hard for him. They didn't know what they would do for a season so I'm pretty sure he's excited. This is what he does, so it will be good for him."

"With football, you're always concerned about safety, COVID or not COVID," said Melissa Pelletier, the mother of an eastside player. "It's a risk that you take. They've done everything they've been asked to do and we're just grateful for the opportunity many kids don't have right now."