Inside Look: Foxwoods preparing to open at 25% capacity on June 1

FOX61 got an inside tour at the resort and casino as they prepare for their opening, including all of the safety measures they are taking. 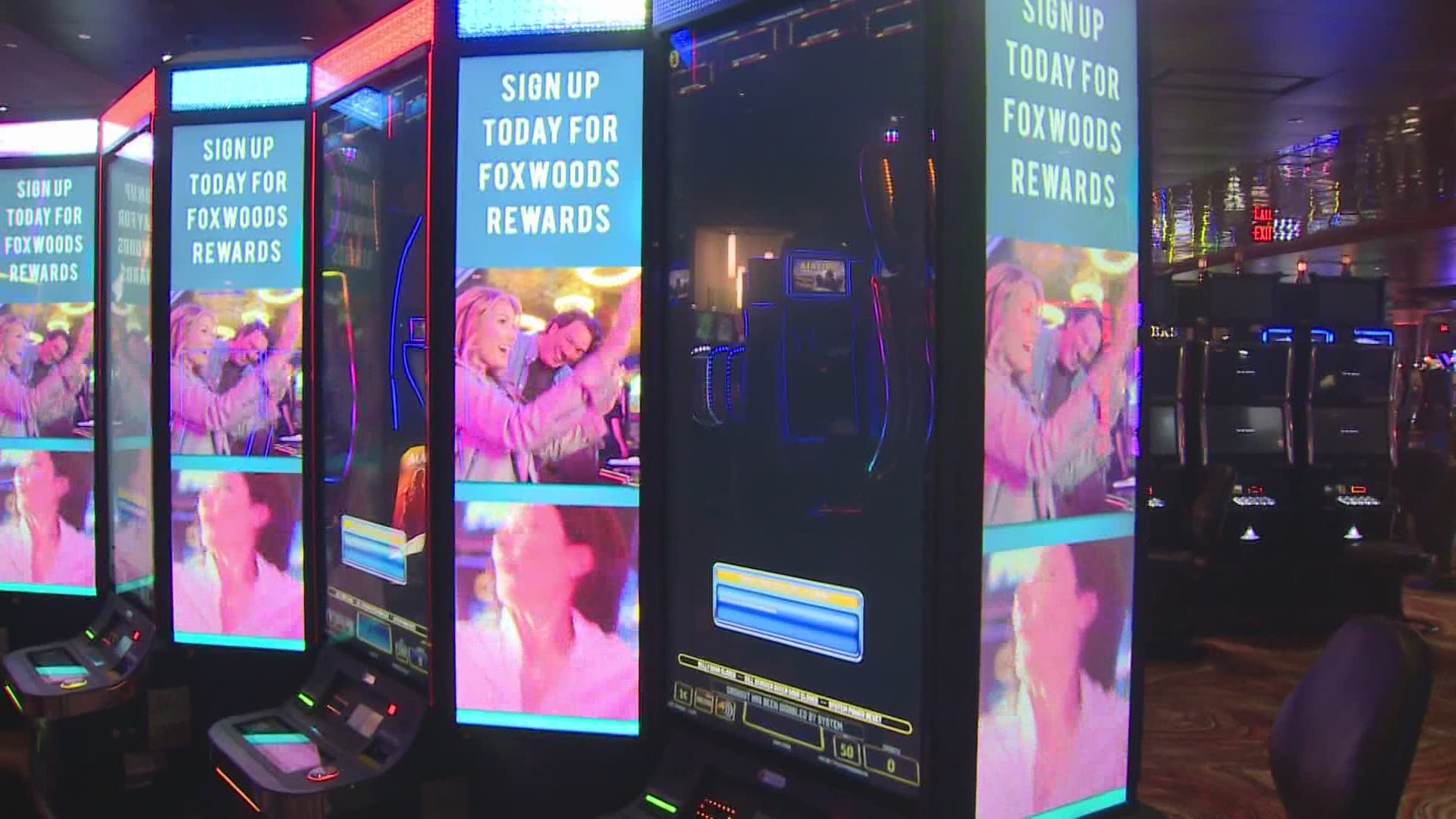 LEDYARD, Conn. — Mohegan Sun and Foxwoods announced on Wednesday that they were going to be opening their doors on June 1, despite Governor Lamont saying he thinks they should wait.

FOX61 got an inside tour at Foxwoods as they prepare for their opening. They showed us all of the safety measures they are taking.

They said they’re excited to welcome guests back, but it won’t be Foxwoods as you know it.

It’s hard to imagine a casino without the sounds of slot machines, but that’s exactly what it’s like inside Foxwoods right now.

Two months ago Foxwoods Resort & Casino made the decision to close for the first time since they opened in 1992.

But that will all change come June 1 when the casino opens back up at 25% capacity.

“It’s not despite the governor, we’ve had active conversations with the governor, I was on the reopening team for Connecticut. Looking at all the businesses that are opening. We’re not basing this on opinion or financial need we’re basing it on the facts and on Science.” said Rodney Butler, Chairman of the Mashantucket Pequot Tribal Nation.

Before you can even enter the casino you’ll have your temperature taken.

If your temperature is higher than 100.4, you’ll be asked to leave. You’ll also be required to wear a mask at all times.

“We have a cleaning crew that's specific to handle the day-to-day operations when we have volume here, they’re going to be focusing on handrails, door knobs, slot machines, chairs just to make sure those are continually being wiped down. Then in the overnight we’re going to take it to the next level and do a deep clean of the entire facility,” said Jason Guyot Interim CEO, Foxwoods.

The resort casino is only opening the Great Ceder Casino and the Grand Pequot Casino. Inside those casinos only every other machine will be open.

Not all restaurants will be open either, the ones that are will be take out only. At this time there’s no plan for when those will open completely.

“We are going to be basing that on 100% on volume. As business volume increases will start to re-open the property when we feel it’s safe to do so, so there’s no specific timeline on that,” said Guyot.

“When you come up to play your favorite blackjack game, as you can see we’ll have plexiglass dividers on each game, we will Limit the number of players at three players per table. As soon as a player comes up to the game they sit down, the dealer will be behind the table, will have hand sanitizer as soon as they sit down they will ask them to sanitize their hands,” said Bryan Hayes, Vice President Analytics and Slot Operations.

Since Foxwoods and Mohegan Sun decided to close their doors, southeastern Connecticut has been hit hard by unemployment. With phase 1 of the reopening, Foxwoods is bringing back a third of their staff.

“ It really does hurt because we brought this economy up out of the ashes back in 92 when EB was going down and we’ve really been a stable force and it’s been a painful process but we’re excited to get it restarted again and get everybody back to work,” said Butler.

They told us they’ve invited Governor Ned Lamont to come down and tour the facility to see the safety measures they are taking.