During a protest back in May, protesters who were trying to enter the New Haven Police station were pepper sprayed. They believed Mayor Justin Elicker was inside. 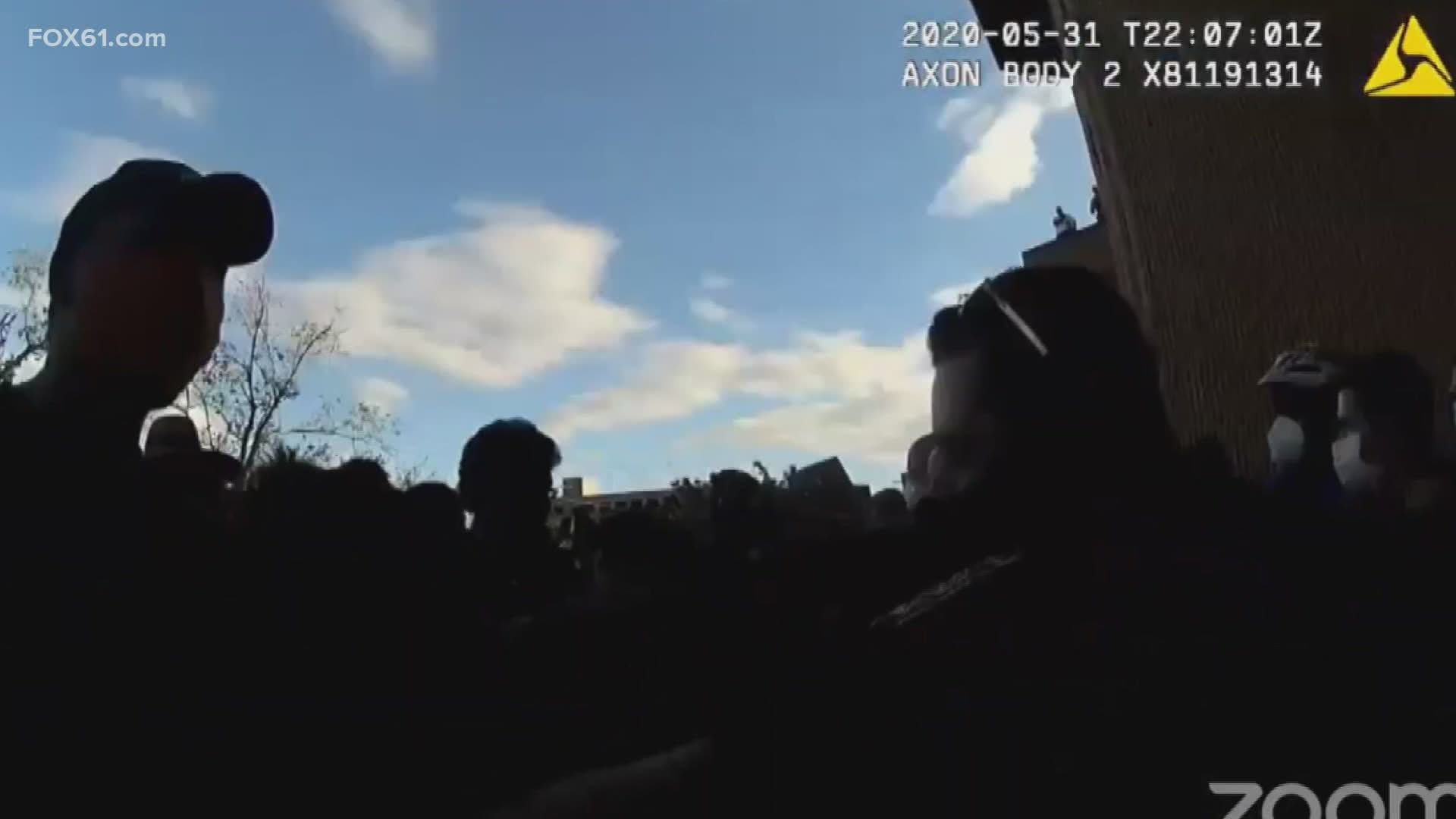 NEW HAVEN, Conn. — An investigation into the use of force against protesters back in May deemed the incident justified.

On May 31, protesters who were blocking traffic at the merge of I-95, I-91, and Route 34 left and gathered on the steps of the New Haven Police Department. The protesters were protesting the death of George Floyd.

Mayor Justin Elicker tweeted during the protest saying he and officials were "monitoring" the situation inside the station. The front desk area of the station was closed due to COVID-19. The protesters tried to enter the station but were met with force and pepper spray.

Read the police reports below: