When they arrived, crews reported the fire on the "1st floor going good." 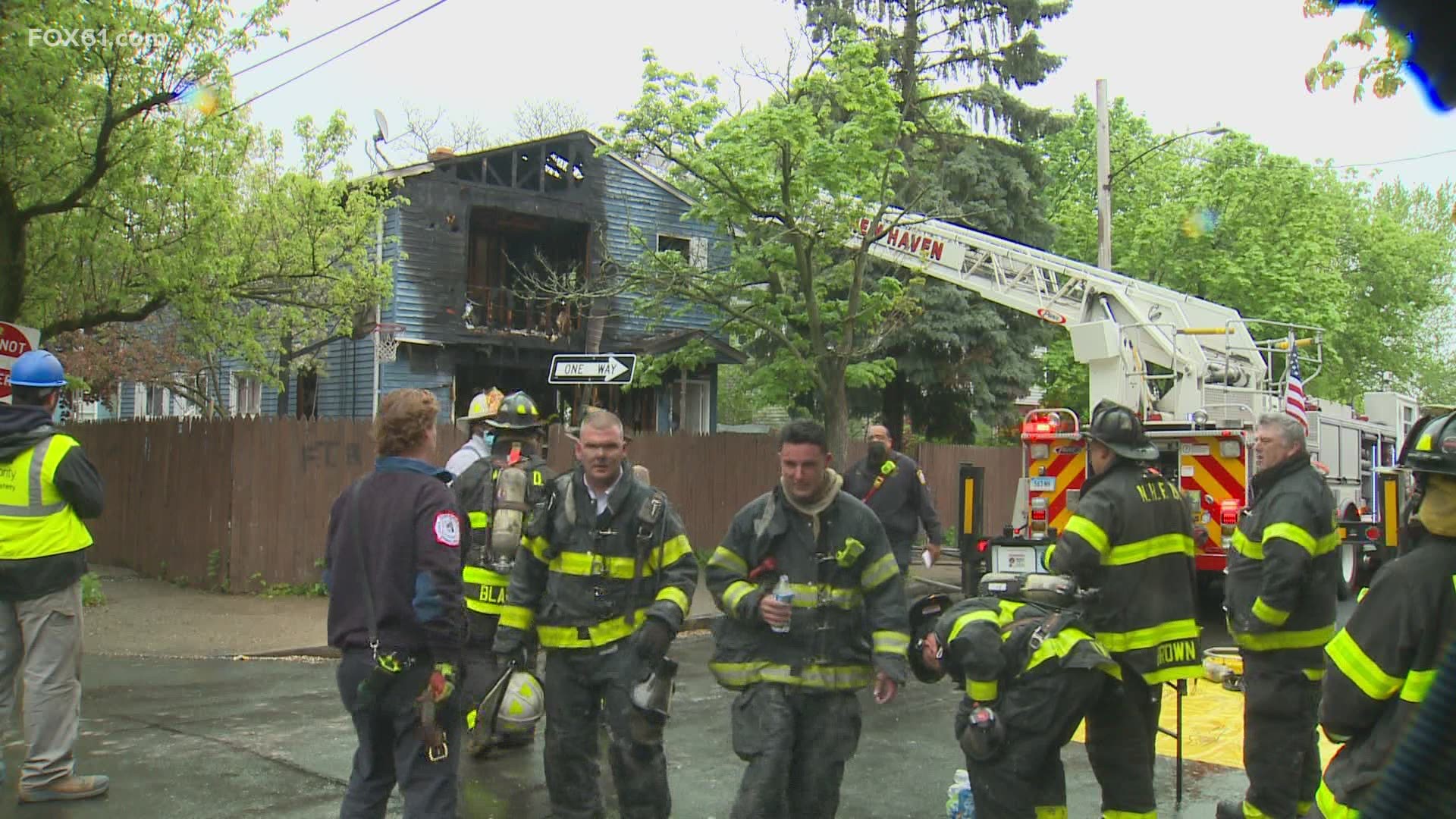 NEW HAVEN, Conn. — Investigators in New Haven said a fire Wednesday could have been caused by "a potential electrical issue."

Firefighters battled the two-alarm fire at 63 Monroe Street Wednesday morning. When they arrived, crews reported the fire on the "1st floor going good."

The New Haven Fire Department later reported that all occupants were accounted for, however, one of the two family dogs in the home was killed in the fire.

According to the New Haven Fire Department, the preliminary report says investigators are ‘leaning towards a potential electrical issue.' They are still sifting through a lot of debris, but that’s the early call and the fire is still under investigation.

Two firefighters were treated for injuries according to officials.

"They very quickly ran another line, so not a lot of impact, but can be a potentially dangerous situation if the hose starts whipping around, or firefighters don’t realize it’s burst. Hoses are inspected regularly, so he expects debris fell and either burned through it or something sharp hit it."

Two adults and four children and their surviving pets were displaced.